ACCIDENT AT THE SOUTH EAST PENINSULA BEING INVESTIGATED 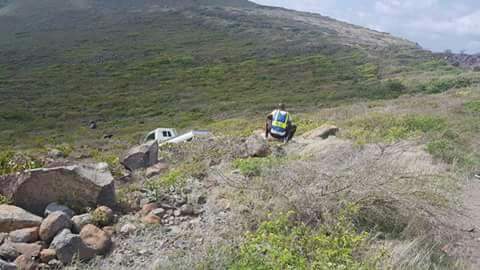 Basseterre, St. Kitts, June 04, 2018 (RSCNPF): Sometime after 2 a.m. on June 04, 2018 Michel Nicholas of Ponds Extension reported to the Frigate Bay Police Station that he was involved in an accident on the South East Peninsula Road.

Police investigations have revealed that Nicholas owns and was driving motor pickup P8254 when he drove off the road and down the hillside. He was taken to the J.N.F. Hospital where he was treated for minor head injuries and discharged.

Police investigations into the matter are ongoing.