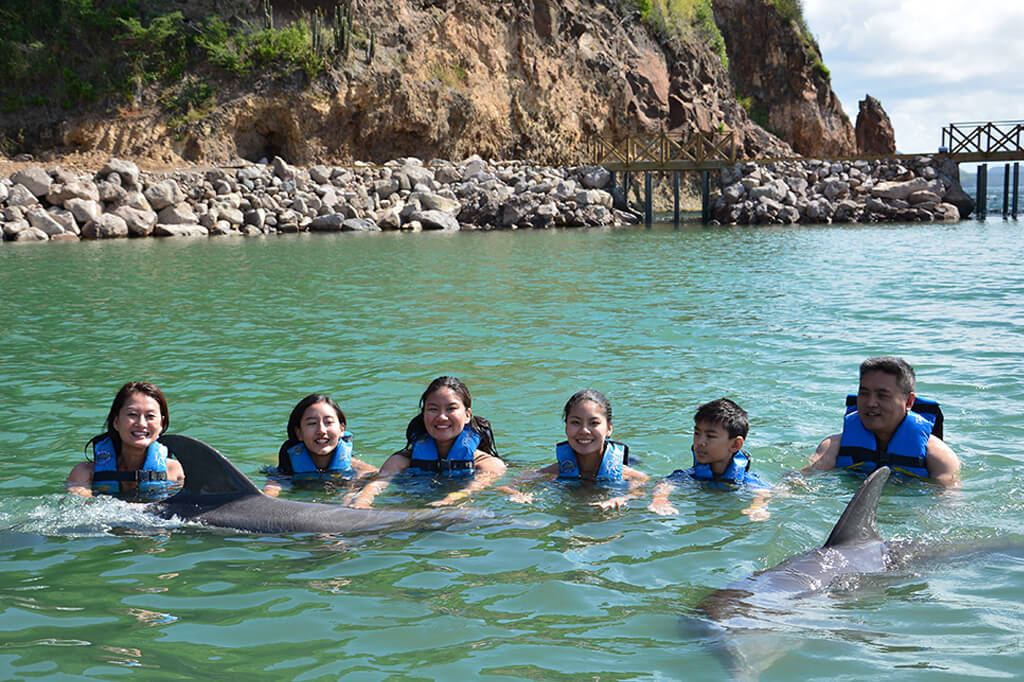 It must be noted that the Bird Rock Beach Hotel was not robbed as earlier reported. It was the Dolphin Discovery Park on the hotel’s compound.

“Investigations so far have revealed that while some employees were inside the store, two men with what appeared to be guns walked in. One of them pointed the gun at the cashiers and demanded money. The other assailant told everyone to get down on the floor. They then fled the scene with a large sum of money,” the police statement said.

A source said two masked men brandishing guns robbed the business and made off with nearly US$7,000.

Police said the scene was processed and the area was searched for persons fitting the description, but no one was found.

The police said investigations are continuing and appealed to persons with information about this incident are asked to contact the Basseterre Police Station at 465-2241 or their nearest police station.

An apology is made to the hotel as more information was not available at the time that it was the Dolphin Discovery Park on the hotel’s compound that was robbed and not the hotel itself.

Kennyate Tyson: “Your first duty is to expeditiously heal this country and bring our people together”