Assistant Commissioner of Police (ACP) Merclyn Hughes – the first female to be appointed to the High Command of the Royal St. Christopher and Nevis Police Force (RSCNPF) – was announced today as St. Kitts and Nevis’ new Chief of Immigration, which will now be a separate entity from the Police Force, effective Monday, July 2nd, 2018.

The announcement by the country’s Prime Minister and Minister of National Security, Dr. the Honourable Timothy Harris, came this morning at the office of the Commissioner of Police Ian Queeley.

Prime Minister Harris hailed the new Immigration Chief as a dedicated and consummate professional who excels in a male-dominated field due to the inspiring leadership and exemplary performance she has demonstrated time and time again in numerous departments and capacities such as Airport Security, Beat and Patrol/Remand, Court and Process, Criminal Records, Fire and Rescue Services, Telecommunications, and Traffic. 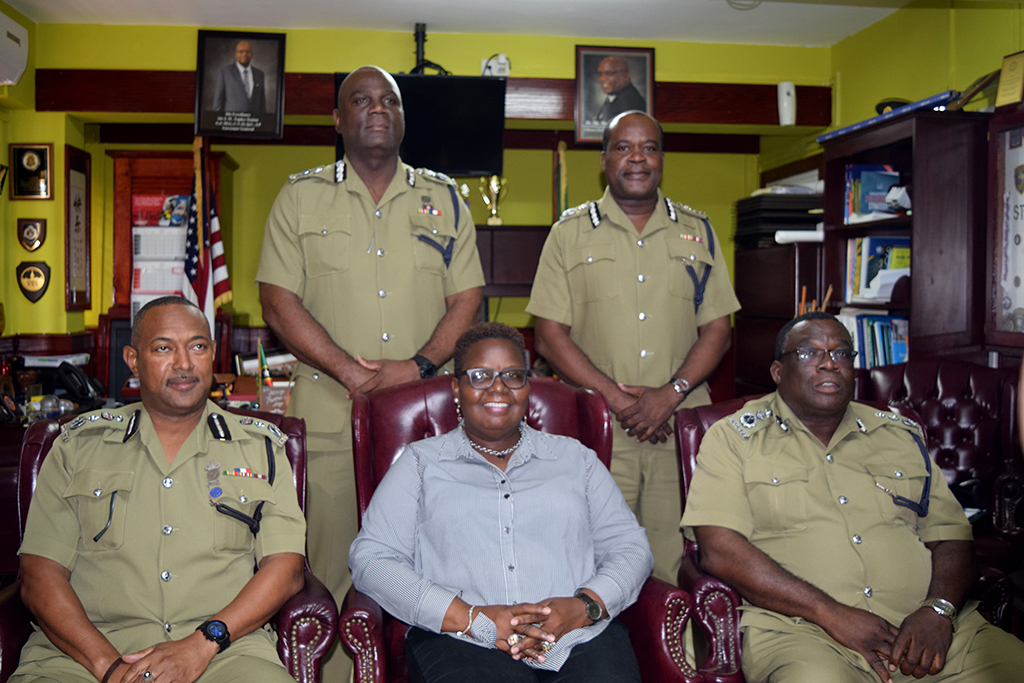 The Honourable Prime Minister noted that Merclyn Hughes has a history of breaking the glass ceiling, as she was an Inspector of Police for six years before being promoted to Superintendent of Police effective March 1st, 2012. In January 2013, she was named Head of the Strategic Intelligence Unit (SIU).

Merclyn Hughes received warm congratulations and applause from the Police Commissioner and her other High Command colleagues, who all expressed regret at losing her while wishing her well. Permanent Secretary of National Security, Mr. Osmond Petty; Cabinet Secretary, Mrs. Josephine Huggins; Immigration staff members, and other persons who were on hand for the announcement also congratulated her.

During a national address on Tuesday, February 9th, 2016, Prime Minister Harris announced the appointment of a new Police High Command, which for the first time in history would include a female in the person of Merclyn Hughes, who at the time had 37 years of policing experience with a special focus on strategic intelligence leadership.

For more than two years, ACP Merclyn Hughes effectively led the newly createdAdministration, Resources, Technology and Intelligence Directorate in the Police Force. In that capacity, ACP Hughes oversaw the everyday running of the Force’s background support services. She was also responsible for future-proofing the Police Force and ensuring that officers and staff were adequately supported with resources.