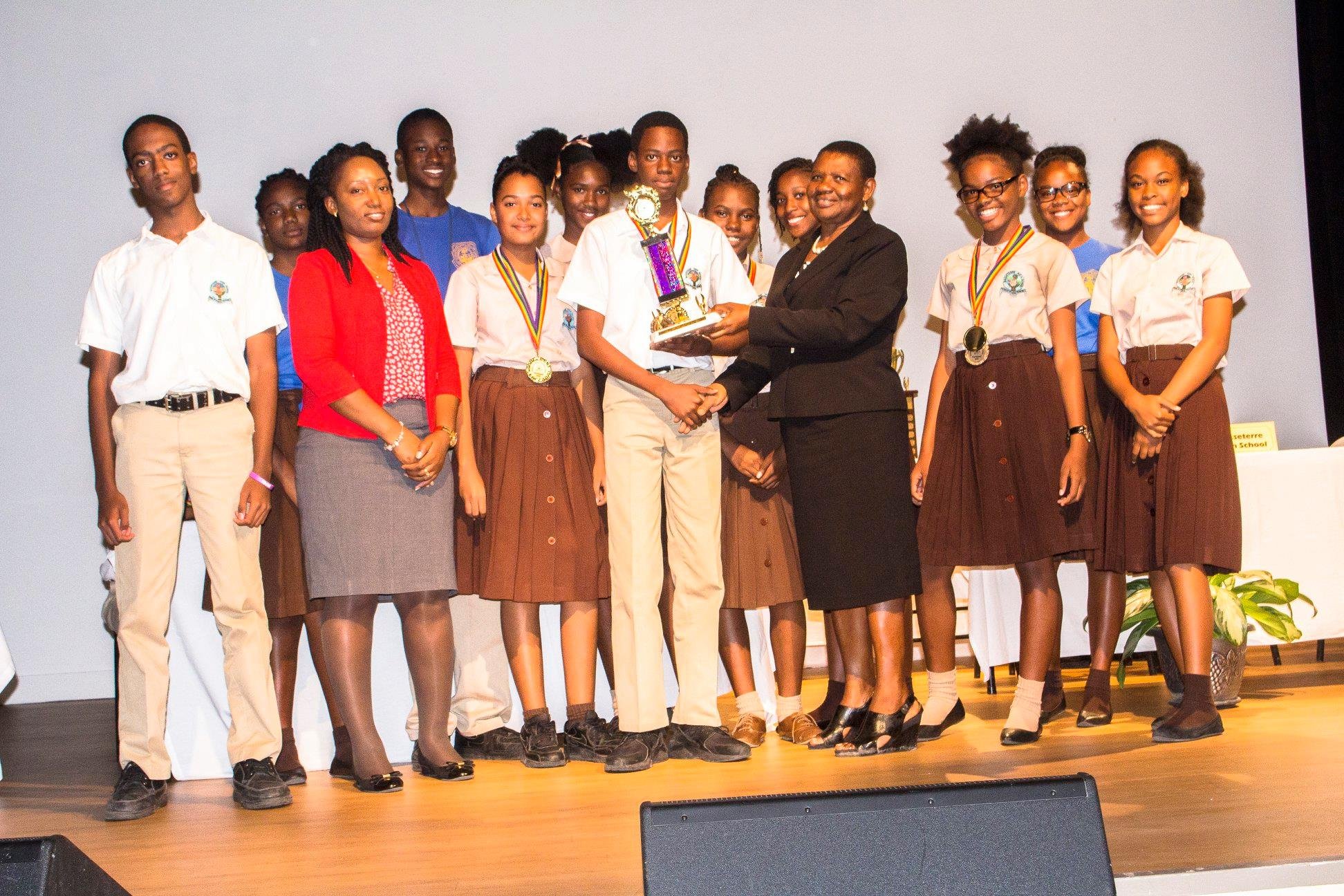 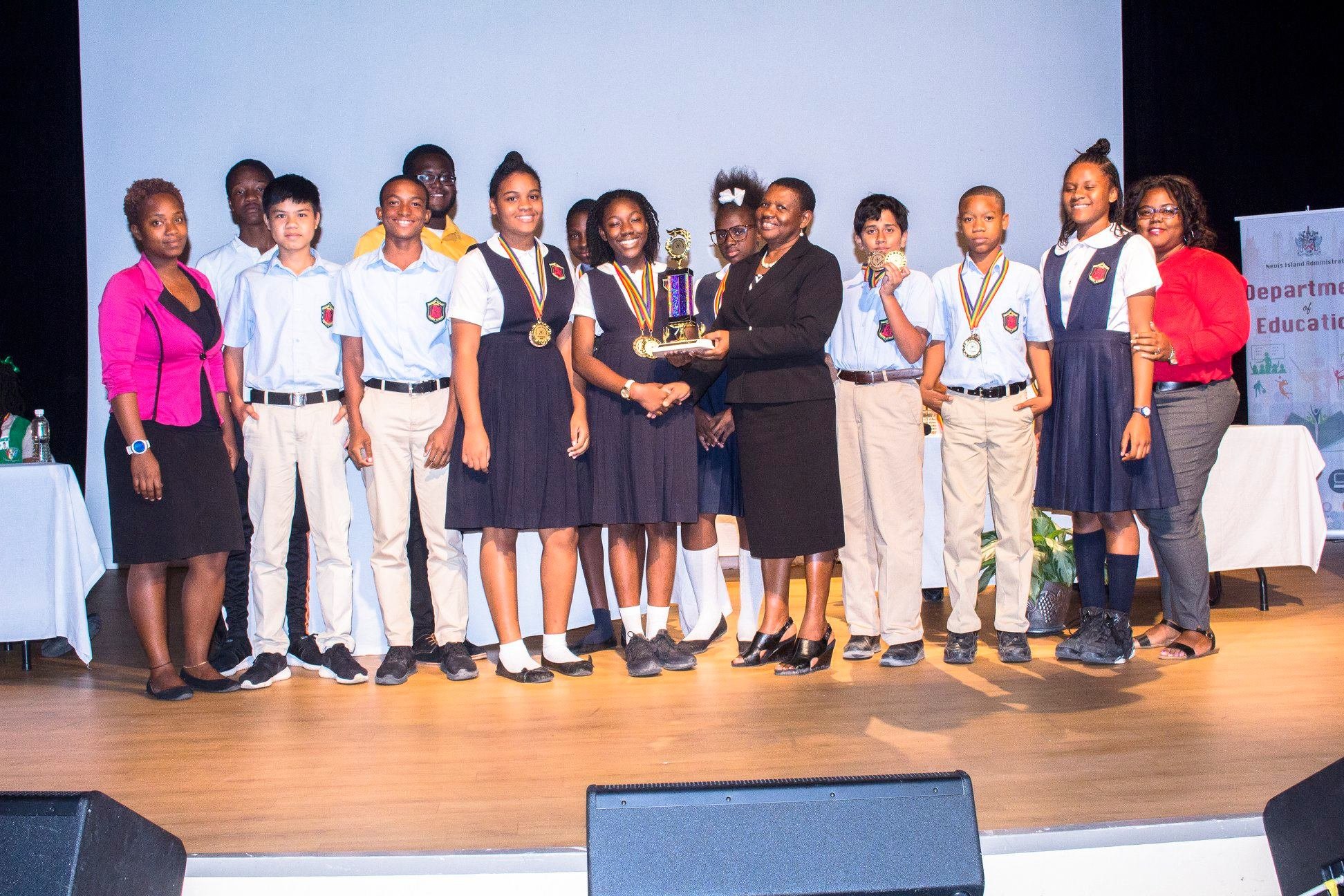 Nine (9) schools from around the Federation participated in keenly contested zonal rounds of competition, with the winner from each zone advancing to the finals.

The National Junior Science Quiz is a flagship project coordinated by the Curriculum Development Unit in the Ministry of Education. The objective of the competition is to promote the study of science and help students hone a healthy academic rivalry amongst the high schools. 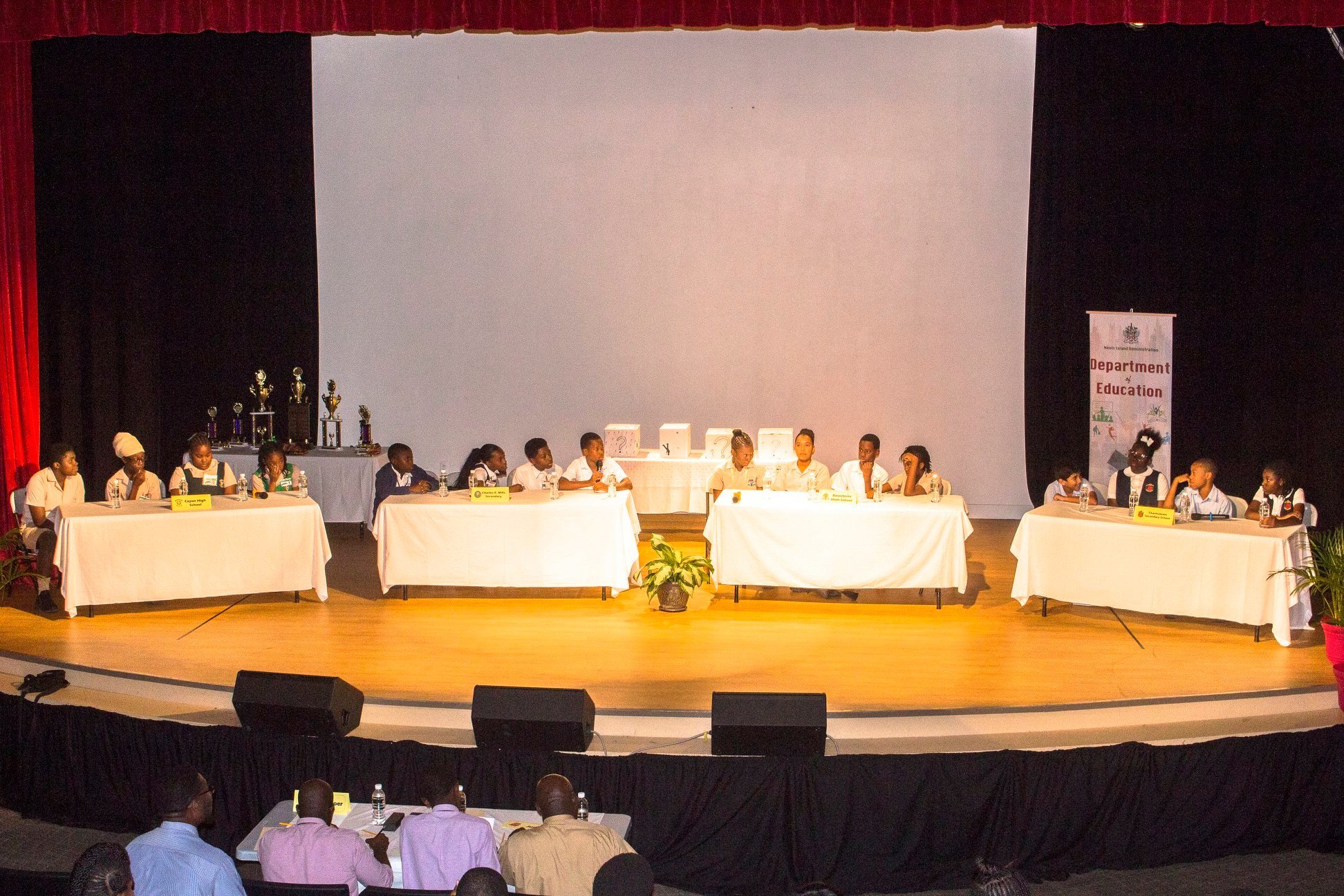 SCI 2: Teams from each High School, prior to the competition.

Designed mainly for students in first and second forms, the competition has, “impacted positively on the students,” stated Mrs. Palsy Wilkin, Principal Education Officer in the Department of Education on Nevis. Mrs. Wilkin was present to distribute the awards and prizes.

Also present at the event was Mr. Olston Strawn, Science Coordinator and Acting Director at the Curriculum Development Unit.

MAJOR J. ANTHONY COMRIE TO TAKE THE HELM OF THE ST. KITTS-NEVIS DEFENCE FORCE IN MARCH