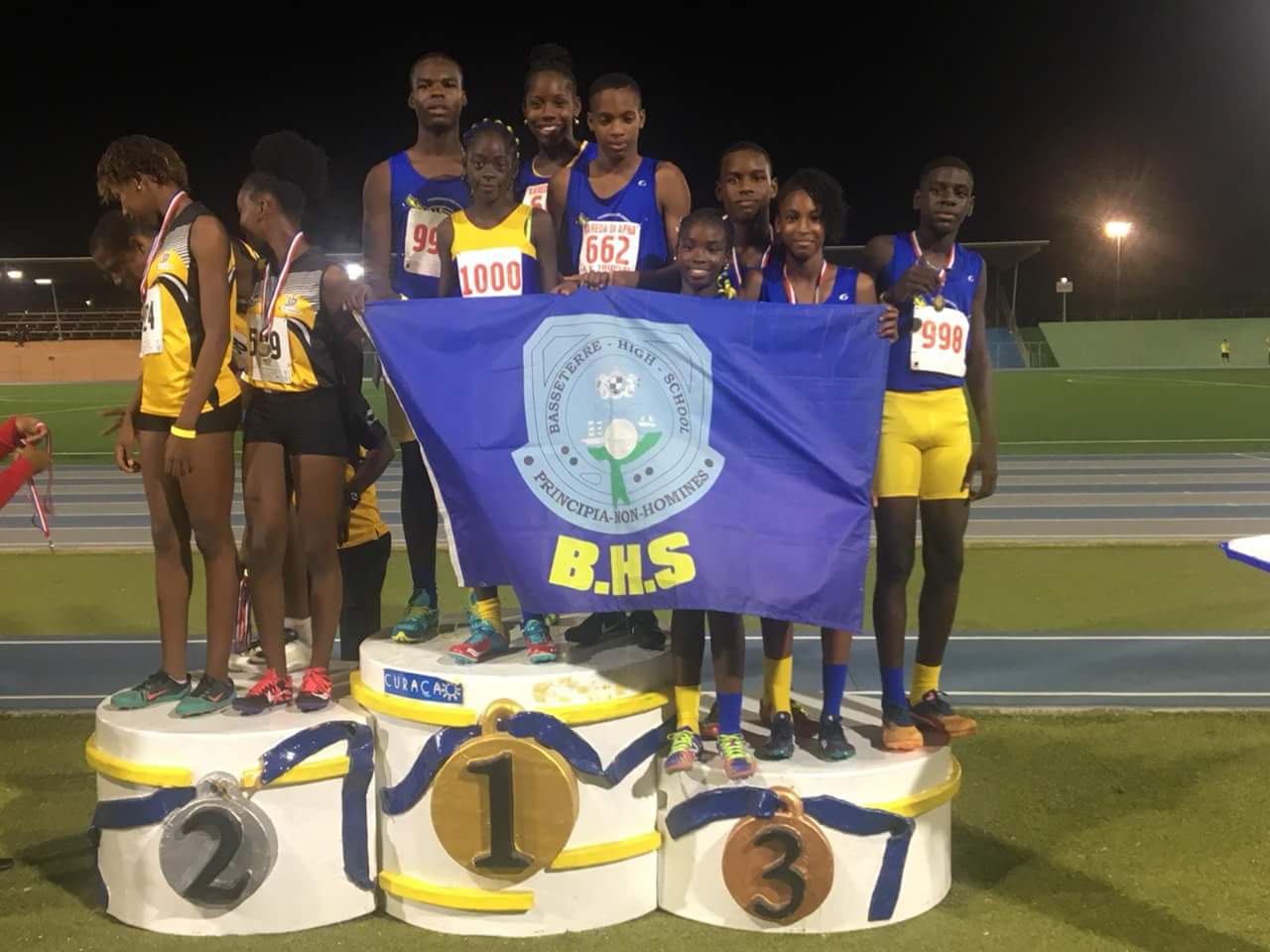 BHS Stormers didn’t disappoint at the recently concluded Trupial Classic held in Curacao at the National Stadium from July 6th – July 8th. On the first day of competition, they stamped their authority early. Led by Coach Mattaniah Wallace, the team comprising of 13 athletes won 5 gold, 7 silver and six bronze medals ending with a total tally of eighteen, (18) medals.

The Competition which was spread over three days saw BHS Stormers A Team winning gold in the 4x100m on the first day which featured relays. The B team finished in third place and collected the bronze. Team BHS Stormers also captured silver, (A team) and bronze, (B team) in the Medley Relay which consisted of 100m, 300m, 600m and 200m.

On the second day of competition teams participated in the athletic portion of the competition, (running, jumping and throwing). Bryan Dillon-Sirjue copped silver in the U15 Boys Long Jump with a jump of 5.53m. Sirjue also clocked 9.90 and 9.87 in the sprints while Williams clock 9.97. The team ended the day with 2 gold medals 4 silver medals and 3 bronze medals.

Other competing teams hailed from Colombia, Puerto Rico, Trinidad and Tobago and the ABC countries, (Aruba, Bonaire and Curacao)

**Results from individual races for BHS Stormers weren’t available up to press time.