Caribbean Awards Laureates thank those who came before 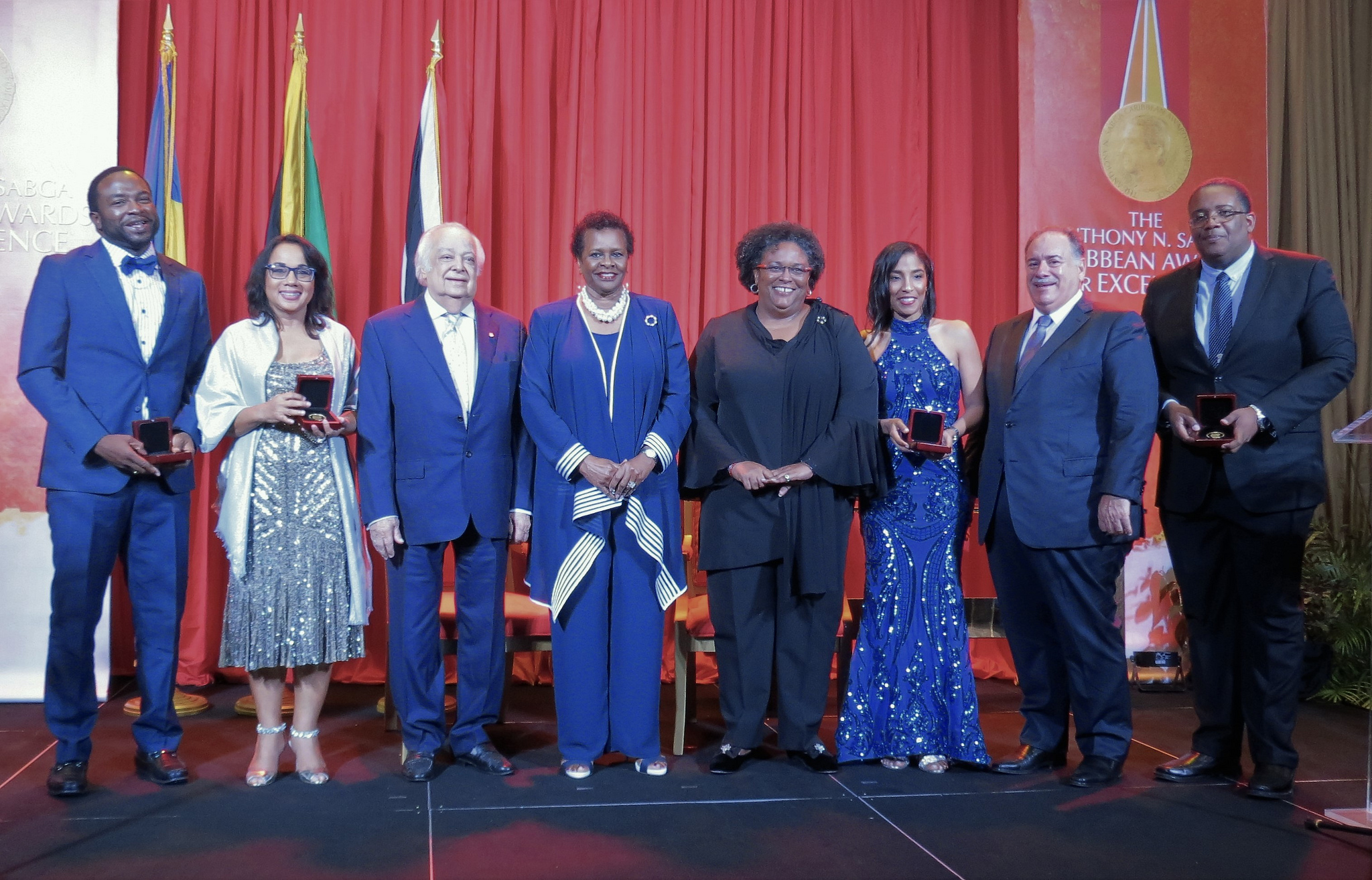 Barbados, March 30th, 2019 – Trinidadian filmmaker Danielle Dieffenthaller broke into tears at a moment, recalling her late father, as she accepted her prize on Saturday night at the Sandals Royal in Barbados. Dieffenthaller and three other winners, Kimala Bennett from Jamaica, Michael Taylor from Jamaica, and Corey Lane from Barbados, were honoured by the Anthony N Sabga Caribbean Awards for Excellence, for their work in science, art, entrepreneurship, and activism.

Dieffenthaller also thanked “those who had come before her” as she accepted her prize. The other laureates were also visibly moved as they thanked their parents, mentors, and families for the support which had allowed them to do the work they had done to be deserving of the award.

Dieffenthaller is a Trinidadian filmmaker who has produced, most famously, the Trinidadian TV series Westwood Park; Taylor is a world-renowned climate scientist; Bennett is a media entrepreneur in Jamaica, founder of The Lab agency; and Lane is a youth activist in Barbados, founder of the Nature Fun Ranch. 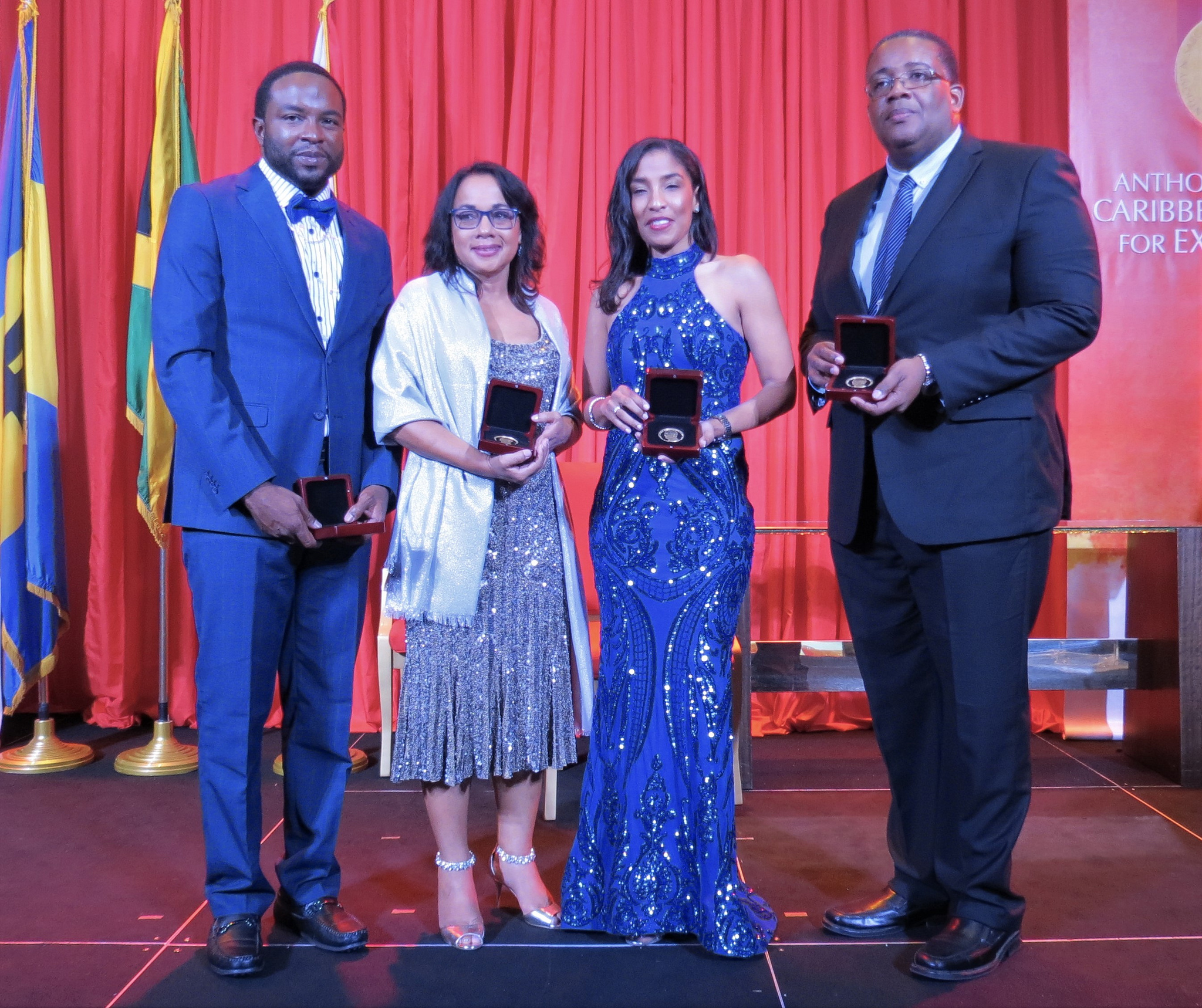 The winners were presented with cheques for (TT) $500,000, a medal and a citation. These four join 35 other laureates from throughout the Caribbean who have been honoured in the region since 2006, when its inaugural ceremony was held in Trinidad and Tobago. This is the first time the Awards were staged in Barbados, but the third year in a row they were held outside Trinidad & Tobago. In 2017, the ceremony was staged in Guyana, and last year in Jamaica.

Sir Shridath Ramphal, Chairman of the awards’ regional selection panel speaking at the event, praised the ANSA McAL Foundation, which funds the awards. The programme was created by the late Dr Anthony N Sabga, founder of the ANSA McAL Group, a regional conglomerate based in Trinidad. The Awards, said Sir Shridath, “acknowledge the one-ness of our (Caribbean) society. They lift our sights to levels of performance which we do not believe to be attainable.”

Sir Shridath also revealed that the awards committees of various islands would be empowered to seek nominations from outside their territory. There are nominating committees which seek candidates in Jamaica, Barbados, Guyana, Trinidad & Tobago and the OECS. This new development means any nominating committee could reach into adjacent territories, like The Bahamas, the Caymans, or Belize, which have no local nominating committee.

Also speaking at the event was Dr James Husbands, Barbados’s first ANSA Caribbean Laureate (Science and Technology, 2008). He said the awards were the “region’s greatest private sector contribution” to arts, science, public and civic contributions and entrepreneurship. He also praised the tangible financial support given which allows laureates time to think and produce.

Disclaimer
*This article was posted in its entirety as received by SKN PULSE. This media house does not correct any spelling or grammatical errors within press releases and (or) commentaries. The views contained within are not necessarily those of SKN PULSE.

Champions: Six In A Row For CEMSS