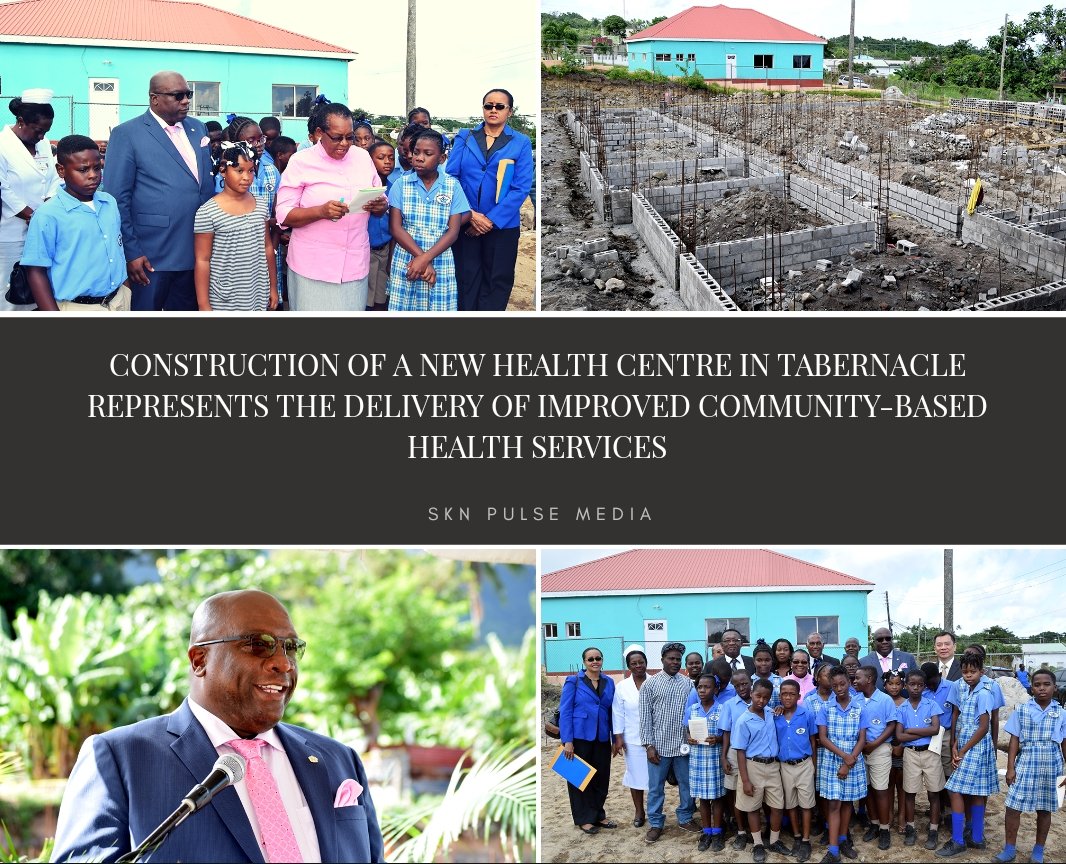 BASSETERRE, St. Kitts, January 18, 2018 (Press Unit in the Office of the Prime Minister) – The Government of St. Kitts and Nevis remains committed to the successful delivery of community-based primary healthcare services in the Federation, and the construction of the new health centre in Tabernacle is another example of the fulfillment of that commitment.

Cabinet ministers and other high-level Government officials joined representatives of the Ministry of Health and residents of Tabernacle earlier today (Thursday, January 18) for the Ground Blessing Ceremony of the new health centre that is currently under construction.

Minister of State with responsibility for Health, the Honourable Wendy Phipps, said the new facility will bring an end to years of inconvenience, which was created when the health services in Tabernacle were relocated to the basement of the Tabernacle Daycare Centre in 2013.

“Over the time that the health centre has been temporarily located there – I think at least four years or so – what we have witnessed is a situation of an inconvenient layout, poor ventilation— it’s hot as an oven at times—there is very little privacy in terms of how the space has been designed because it was not purpose built for a health centre, so matters to do with private consultations between nurses and District Medical Officers would sometimes be problematic,” Senator Phipps stated.

Upon completion, the new Tabernacle Health Centre will boast an expanded modern structure with ample accommodation for treatment and dressing rooms, private doctors’ offices and examination spaces, private offices for nurses and environmental health officers, storage space for medical and vector control supplies, fully outfitted kitchenette for staff and a general meeting hall to facilitate the patient waiting areas. The new facility is also being constructed in line with the PAHO concept for smart building as it relates to medical facilities, which includes water conservation and harvesting and solar powered water heating amenities.

Prime Minister Dr. the Honourable Timothy Harris, who is also the Parliamentary Representative for Constituency #7 (Belle Vue to Ottley’s), noted that the new health centre will be available to serve all residents and visitors of St. Kitts in a wide range of medical services including antenatal care, immunization, high-risk pregnancies, management of hypertension and diseases and environment health services.

Construction work, which commenced in November 2017, is expected to be completed within 14 months.

Prime Minister Harris added, “This edifice will be completed on time, and it will be completed in accordance with the budget. I want you to come again to see the hundreds of people from Belle Vue, Tabernacle, Mansion and Christ Church who will put this facility to good use. Tabernacle happens to be the home but this facility indeed is open to whoever may be in need of healthcare.”

Dr. Harris further stated that the delivery of the new centre in Tabernacle is just one of the many investments in primary healthcare services made by the Team Unity Government since assuming office.

“We opened up a department [an Oncology Unit] to care for those who are suffering from cancers, and cancer is now a big problem within Caribbean societies. It never happened in 20 years before us, but it happened under Team Unity. We have delivered the Mental Health Day Centre – it didn’t happen 20 years before us, it happened with us. We are among six countries in the Caribbean that managed to eliminate mother-to-child transmission of HIV/AIDS.”

The official ground blessing of the site of the new health centre was carried out by Reverend Adelyn Mgonela.

Bunji Garlin and Fay-Ann Lyons to represent Campari in Milan