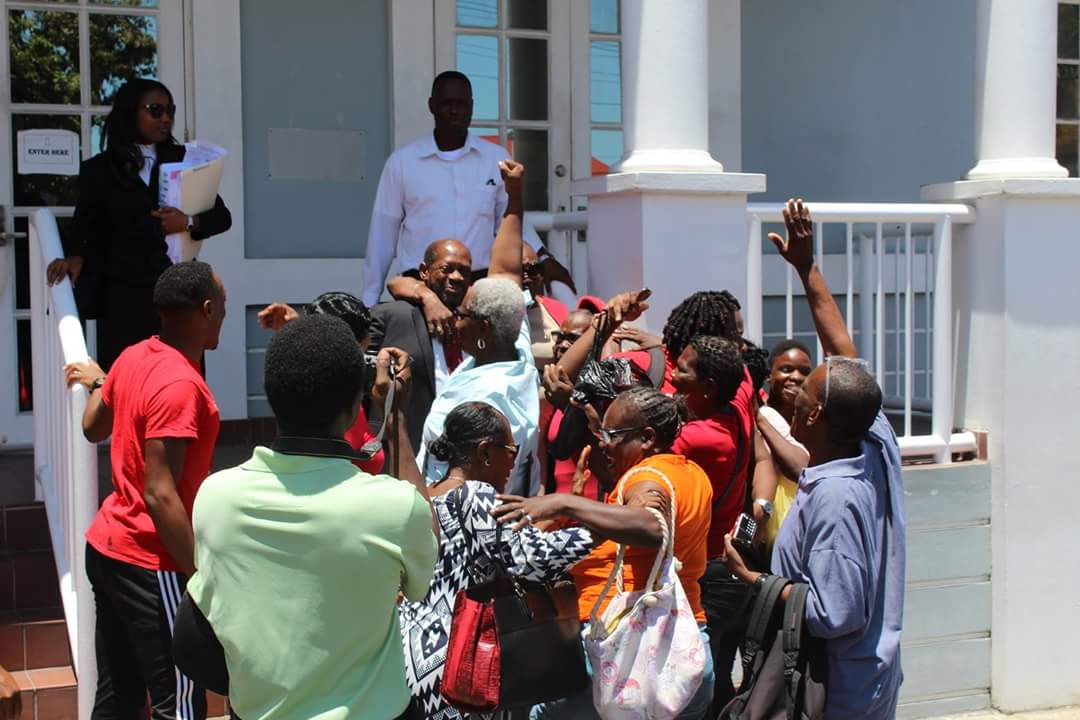 “His Lordship after hearing our arguments last week Friday reserved his decision to today and after reading out what we considered to be a well-deliberated judgement agreed with Dr. Douglas’ legal team that Mr. Mills’ claim amounts to an abuse of the process of the court, having been filed one month after the Attorney General’s claim and under the constitution, it does not allow Mr. Mills to bring a second claim or to intervene,” said Angelina Gracey Sookoo-Bobb after the 20 minute judgement was handed down verbally by Justice Warde QC at the Sir Lee Llewellyn Moore Judicial and Legal Services Complex.

She said Justice Ward also pointed out that based on the same reliefs asked for, at least three of the same witnesses submitted by Mr. Mills, his claim was not in the public’s interest but an abuse of the process.

The issue of cost has been reserved and submissions will be made as to whether or not Mills will pay Dr. Douglas’ cost and how much he should pay.

Mills claimed that the Dominica Diplomatic Passport given to him by the Commonwealth of Dominica and which he has travelled on disqualifies Dr. Douglas from being a Member of the St. Kitts and Nevis National Assembly.