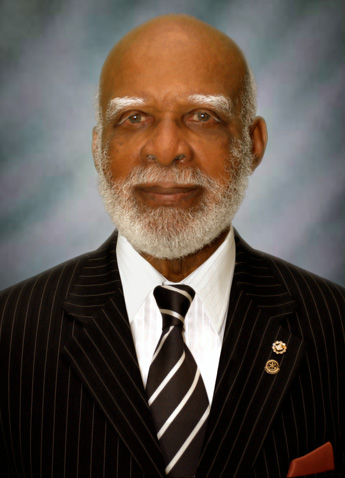 Dr. Douglas and Sir Edmund attended the official funeral service at the Minor Basilica of the Immaculate Conception in St Lucia for Sir Dwight, who served as Governor of the Eastern Caribbean Central Bank (ECCB) for almost three decades.

The Prime Minister of St. Lucia, the Hon. Allen Chastanet said in his tribute: “On Thursday December 22, 2016, we lost a true Caribbean genius; Sir Dwight was amongst the best of us. The loss to St. Lucia of a great Director of Finance and Planning; a man who laboured with the late Sir John Compton; a man who is accustomed to making tough decisions; a man who showed un-parallelled level of commitment; and a man who knew what hard work was.”

He reflected on the last moment he shared with Sir Dwight, which happened to be the same day he died.

“He spoke to me passionately about the banking fraternity and what we had to do to keep our indigenous banks, all the time cringing in pain. On that evening when I departed I never thought this would be the last time that we would have spoken. He was being pampered by his wife and family,” Chastanet as reported by the Antigua Observer.

Prime Minister of St. Vincent and the Grenadines, Ralph Gonsalves, offered words of comfort to those in mourning in the form of poetry.