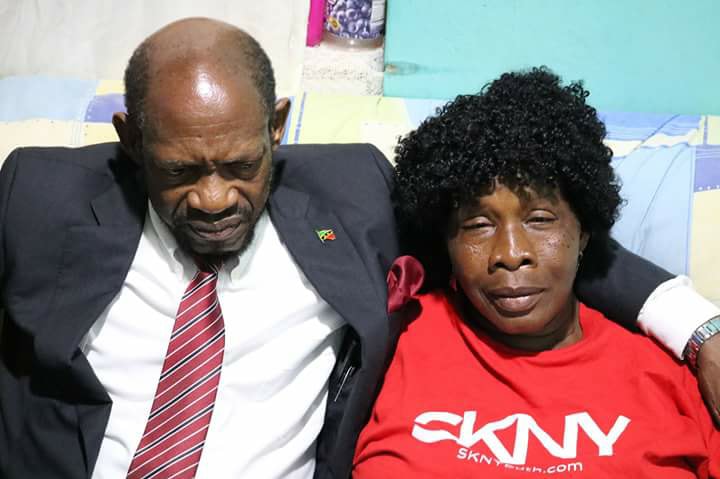 Basseterre, St. Kitts, May 5, 2018 – Leader of the Opposition and former Prime Minister, the Rt. Hon. Dr. Denzil L. Douglas has called the murder of Sgt. Dwight Davis an injustice.

“Such an injustice! My heart aches viciously for him and his family,” said Dr. Douglas, a resident of St. Paul’s, part of St. Christopher 6, the constituency Dr. Douglas has represented in the St. Kitts and Nevis National Assembly since 1989.

Dr. Douglas paid a visit to his mother, Annetta “Shelrine” Davis and other family members of “my dear brother, Officer Dwight ‘Numsie’ Davis, who was gunned down in cold blood two nights ago” said Davis “was a dedicated officer of the Royal St Christopher and Nevis Police Force.”

“At heart, he was an honest man, a genuine Labour man. Just this past Easter Monday, it was ‘Numsie’ who took me to nearly every community shops to meet and greet the fellas,” said Dr. Douglas.

Police found the body of Sgt. Davis riddled with bullets on a dirt road in the vicinity of the railway line in Dieppe Bay by two passers-by.