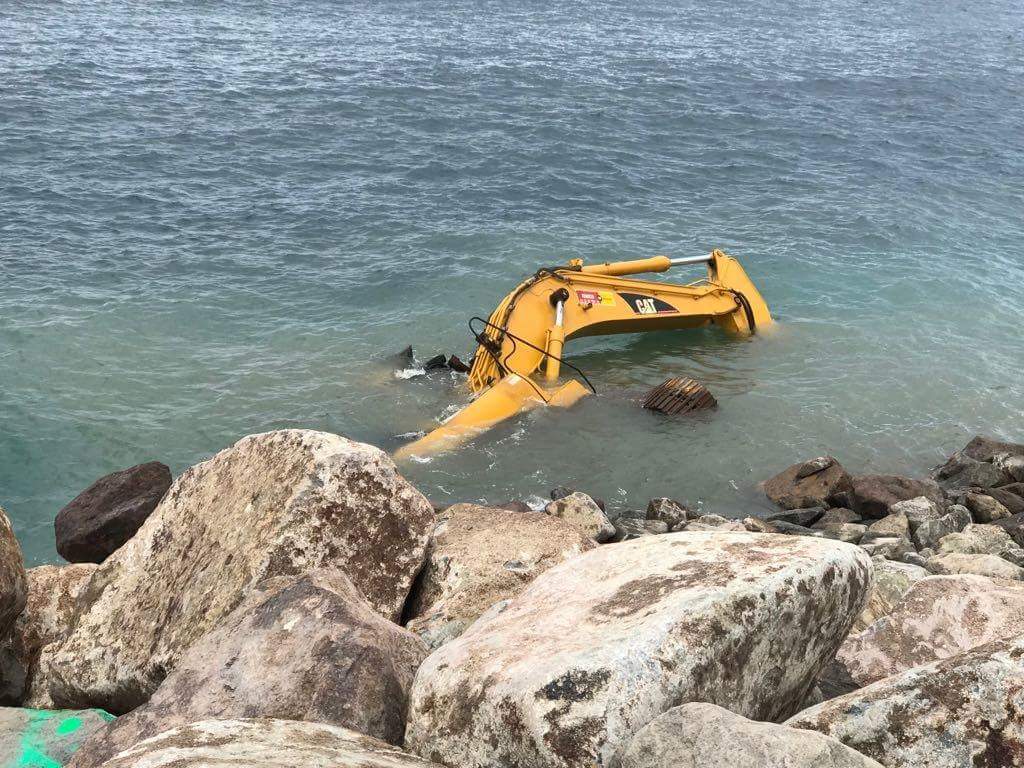 Photo of excavator submerged in the water off Port Zante

Basseterre, St. Kitts, June 14, 2018 – An operator of an excavator miraculously escaped death during an incident at the construction site of the controversial second cruise ship pier at Port Zante.

According to credible reports, an excavator toppled into the sea on June 8th when it lifted one of the huge boulders that protect the bulkhead at Port Zante.

The source said the driver who was trapped under water kicked out the glass section of the excavator to avoid drowning.

The incident happened last Friday, June 8, and the excavator remains submerged one week later on June 14. Work has since ground to a halt. Construction began earlier this month.