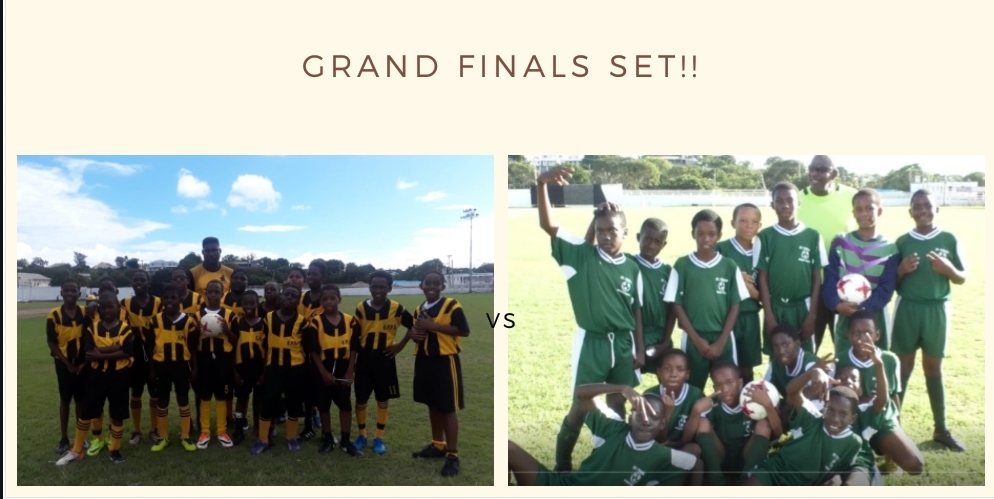 An eventful Thursday afternoon at the Elquemedo T. Willett Park ended in excitement for two teams and disappointment for the other teams. It was the semifinals of the Ministry of Education & Department of Sports Primary Schools’ Football tournament, (Thursday 29th November.)

Touted as the favourites, Charlestown Primary School won all of their preliminary matches and topped the standings while EPPS finished fourth in the standings. Nevertheless, the teams were starting afresh and EPPS played with a sense of urgency in the second half.

With a large crowd on hand, EPPS seized the moment to attack goal relentlessly. Nearing the end of the game, the CPS goalie fumbled with a ball in the box and out of nowhere, one of the EPPS forwards struck the ball at goal but it sailed over the cross bar. EPPS continued to pressure the CPS defence.

A breakthrough came as the CPS defence lapsed; Kaian Saddler seized the opportunity and got boot onto the ball which was out of the goal keepers reach. Saddler’s goal silenced the Charlestown Primary School supporters while Elizabeth Pemberton Primary supporters and players jumped for joy.

With time running out, EPPS held their own and at the final whistle their celebrations continued. They completed a major upset: EPPS 1 vs. CPS 0

In the second encounter, defending Champions, St. Thomas’ Primary secured their spot in the finals as they defeated Ivor Walters Primary School, 2-1.

STPS found the back of the net in the first half and at the end of the half, STPS were infront 1-0. They continued their dominance of the game as they scored a second goal. Down but not out, IWPS struck the back of the net and increased their level of play. However, it was was too late.

At the end of regulation, the final score line was: STPS -2 vs. IWPS -1