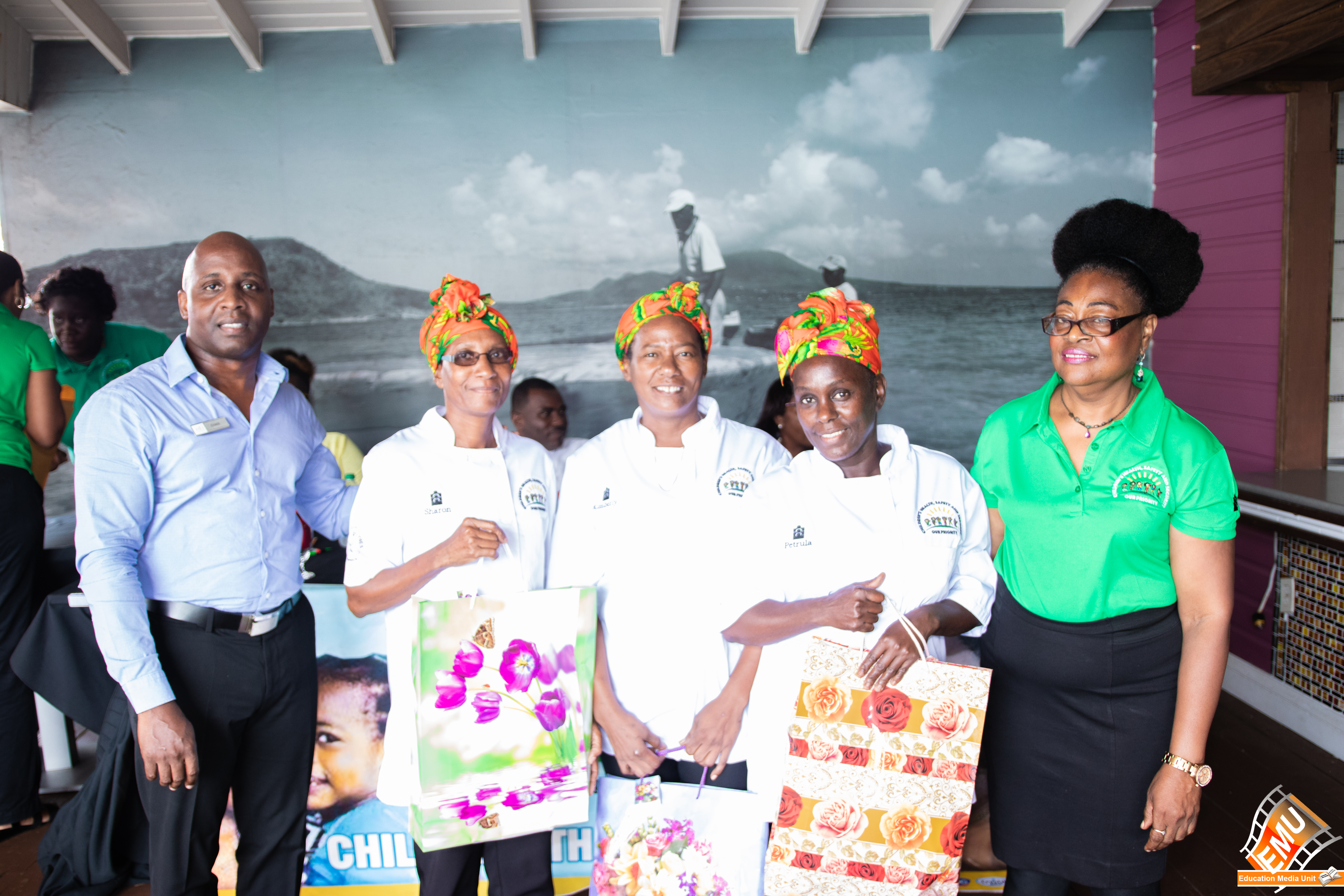 (EMU) – St. Kitts, June12, 2018: The Early Childhood Development Unit has gone to new heights this year in expressing the Theme for the Child Month Celebration by introducing ‘CHOPPED’ a cooking competition among day care centre chefs which featured the preparation of healthy meals.

“Today we focus on the preparation of healthy meals for our children. This is an area of great importance to us as we are concerned that the child obesity rate is rapidly growing on our country. Thus through this event we advocate for healthy eating.”

In a tightly contested event cooks from centres in the Basseterre; West and East Zones vied for the Title of Best Cooking Zone in St. Kitts.

The judging criteria for the three-round competition included use of the main ingredient; appearance; creativity; texture; taste, replication of dish at centre; difficulty of dish; team work; explanation of dish and overall presentation.

Events one, two and three were as follows: Preparation of a morning snack (30 mins); lunch (45 mins) and afternoon snack (45mins). The mystery ingredients in each of these dishes were green and ripe plantains. Other ingredients were bread fruit, yams, chick peas, and black eye peas. Pantry items were allowed to enhance the dishes. Additionally, a drink had to be part of the afternoon snack. 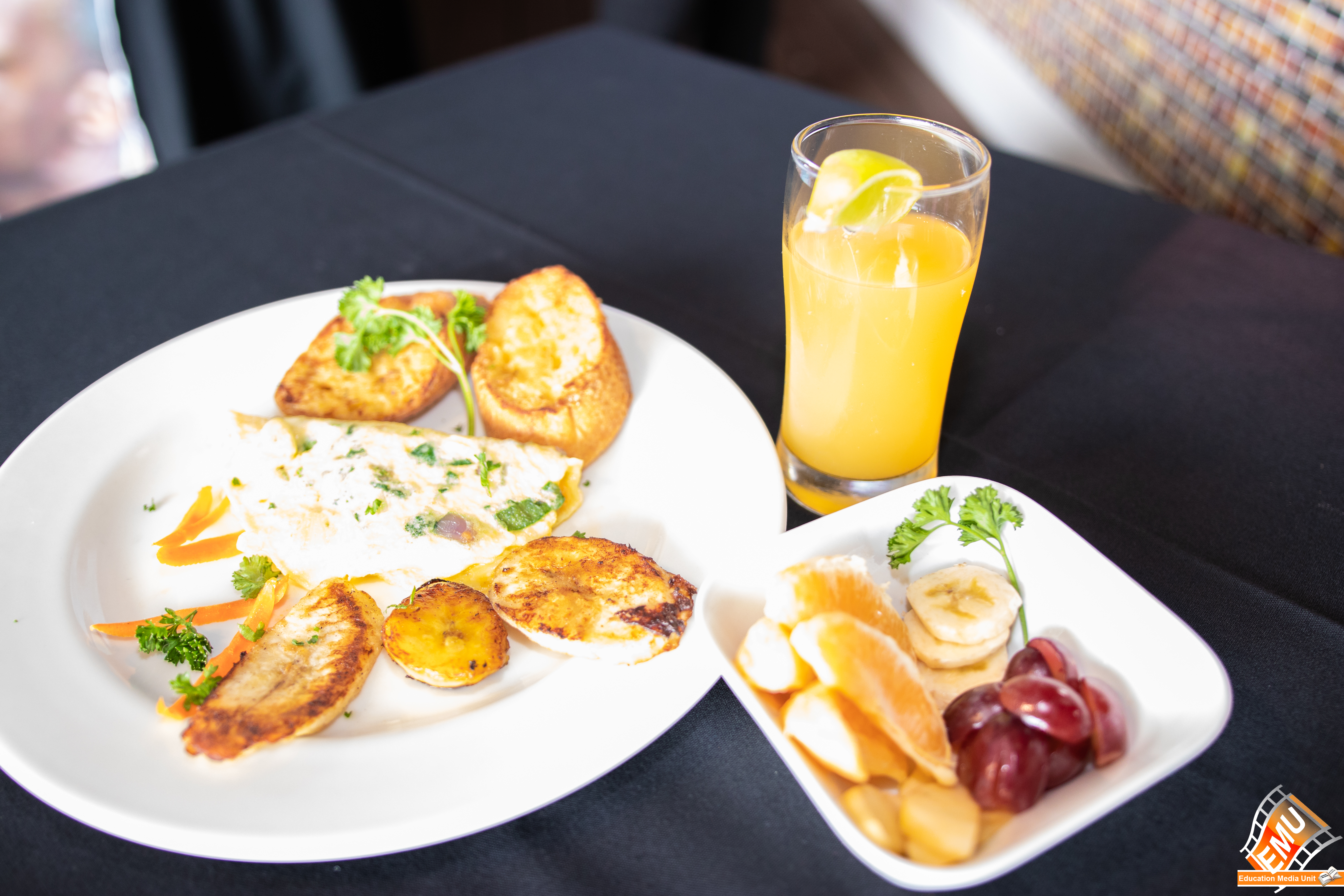 The “Chopped’ event was held at the Ocean Terrace Inn’s Fisherman’s Wharf.

Manager, Mr Chris Ghita expressed the pleasure of his company in playing a major role in securing the health, safety and security of the Nation’s youth. As such in addition to hosting the event the TDC Group of Companies also announced its intention to provide the winning team with a food preparation internship.

Commenting the fact that that would be an all work engagement Mr Ghita went further to motivate the teams.

“We agree that you have to have some fun as well right? So the wining team, with your significant other, we’re going to invite you to spend a complimentary weekend at the hotel. You have to have a full and comprehensive understanding of what it is we offer at this level.”

Deputy Prime Minister and Minister of Education Hon Shawn Richards saluted the event as a signature example of true commitment to the theme which this year is Children’s Health, Safety and Security: Our Priority. The Minister called on others to link their practices to their themes as he expressed what a novel idea it was to have the cooks exhibit their skills in healthy meal preparation for the nation’s youth.

“If we truly understand the critical role of nutrition in the development of our nation’s children then we would greatly appreciate the profound responsibility that has been entrusted to cooks in the Early Childhood Centres.”

“We continue to rely on the culinary creativity of the early childhood cooks to create meals that children find palatable and that we determine to be high in good nutritional value.” The minister said.