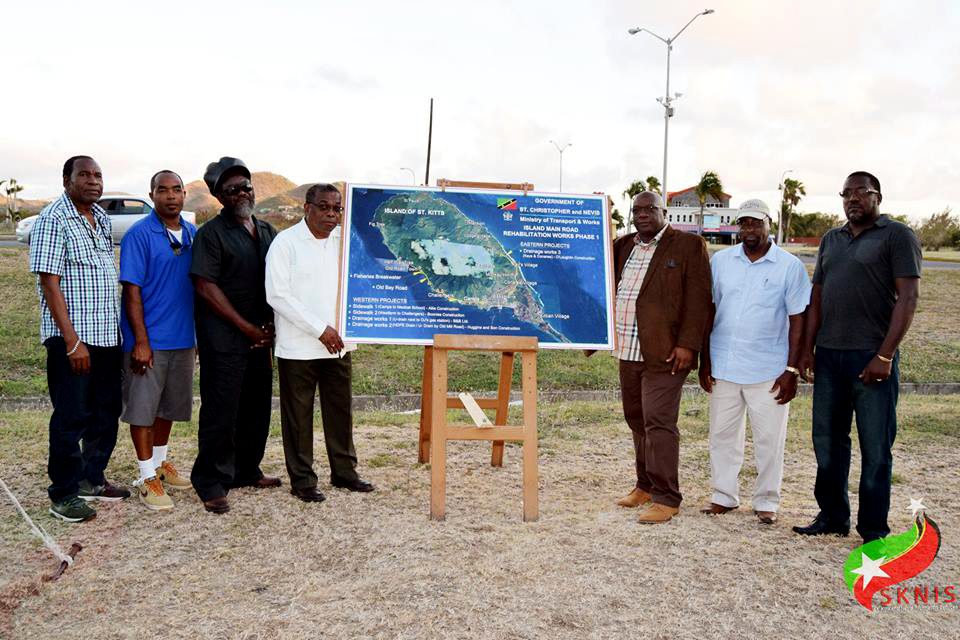 Prime Minister Harris and the Hon. Ian Patches Liburd pictured with representatives of the five local entities contracted to work on the road rehabilitation project.

BASSETERRE, St. Kitts, March 8, 2018 (Press Unit in the Office of the Prime Minister) – The Team Unity-led Government of St. Kitts and Nevis remains committed to its mandate of putting people first. This was once again demonstrated on Friday, April 6, when five local contractors officially signed contracts signaling their participation in the first phase of the island main road rehabilitation project.

The landmark contract signing ceremony with small contractors for Special Capital Road Projects took place in the vicinity of the Airport Roundabout. 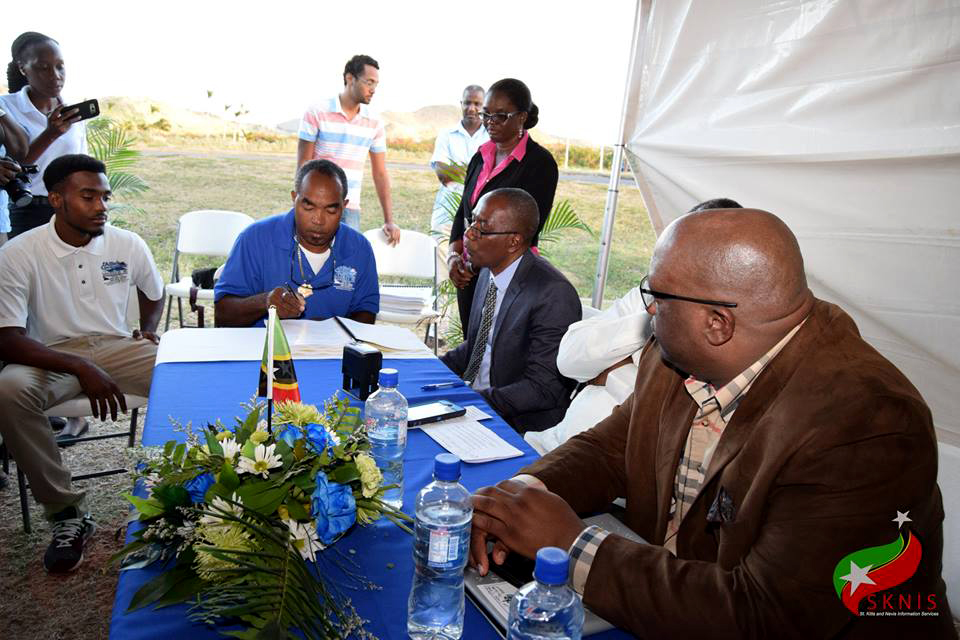 Minister Liburd stated that once completed, the rehabilitation work will result in a significantly improved road network throughout the island.

Prime Minister Harris said he is particularly encouraged by the number of jobs this project will create for the ordinary citizens and residents, as well as the spinoff effects it will have on the local economy.

The prime minister continued, “We are working for the people of St. Kitts and Nevis and we are doing things carefully, thoughtfully and properly. It is important for people to understand that those who have emerged as awardees today they were not handpicked, as it were, by anybody, but most importantly they were not handpicked by any politicians. They went through a bidding process where the best of the lot emerged out of 22 and so I want to hail the transparent process.”

The first phase of the rehabilitation work, which is expected to commence shortly, will begin at the Airport Roundabout going eastward to Keys Village. A second set of work will also be taking place at the Camps’ Roundabout heading west down to the Challengers community.