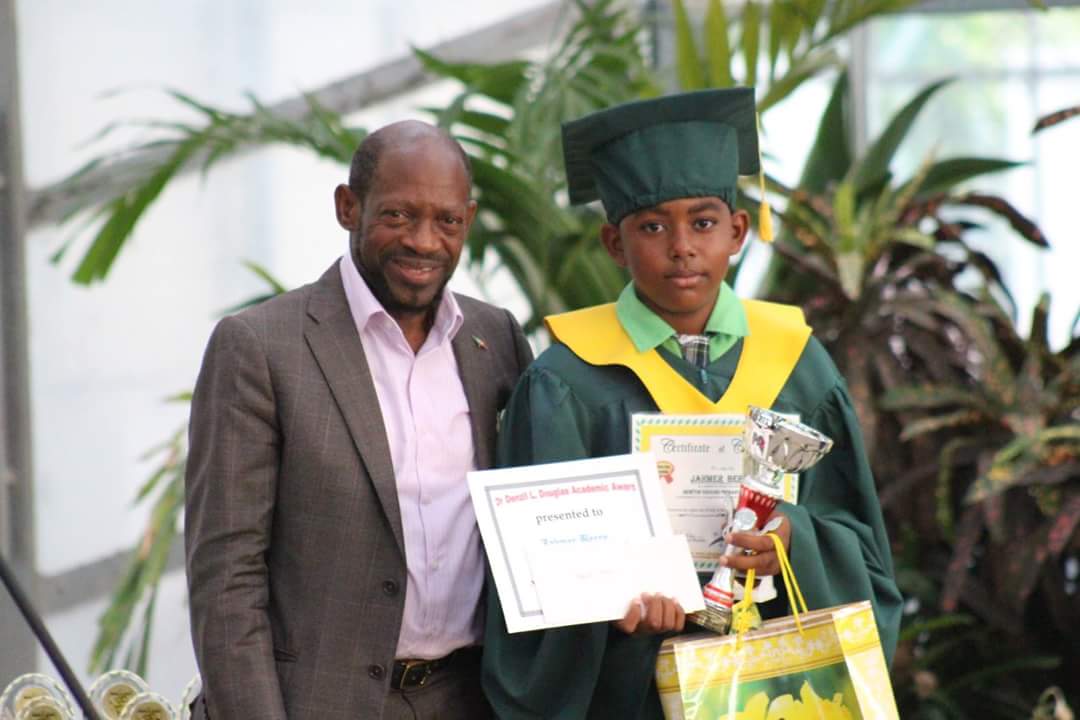 In keeping with his endless dedication and commitment to youth empowerment in St Kitts and Nevis, former Prime Minister and leader of Her Majesty’s Loyal Opposition, Rt. Hon. Dr Denzil Douglas was present at the graduation ceremonies for the Newton Ground and Dieppe Bay Primary Schools. The ceremonies were held yesterday Sunday 8th, July 2018. 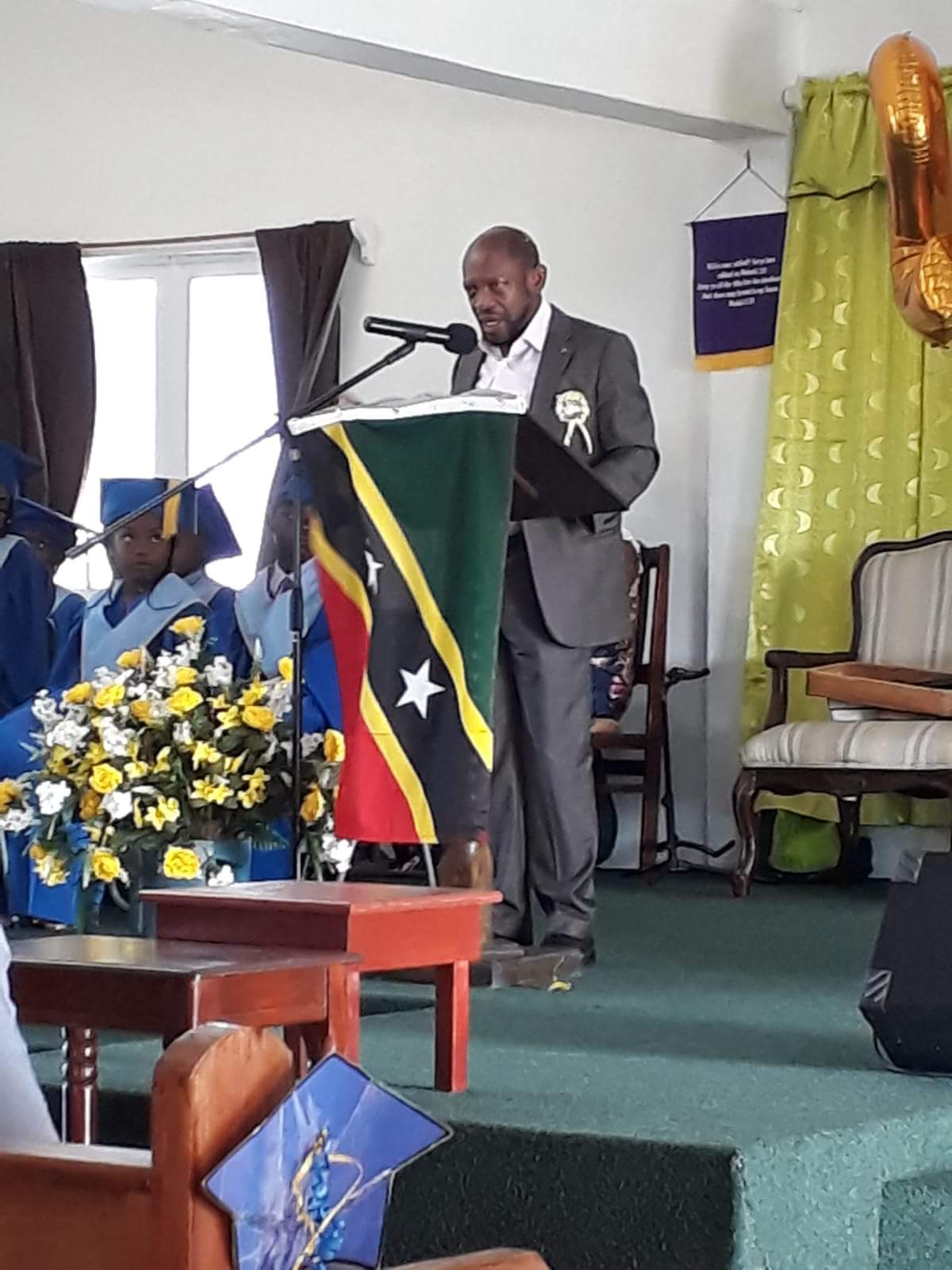 Newton Ground Primary held its graduation at the picturesque St Kitts Eco Park and Dieppe Bay Primary chose The Temple Church as their venue. The featured speakers were Mario Williams at Dieppe Bay and Rawlston Williams at Newton Ground. 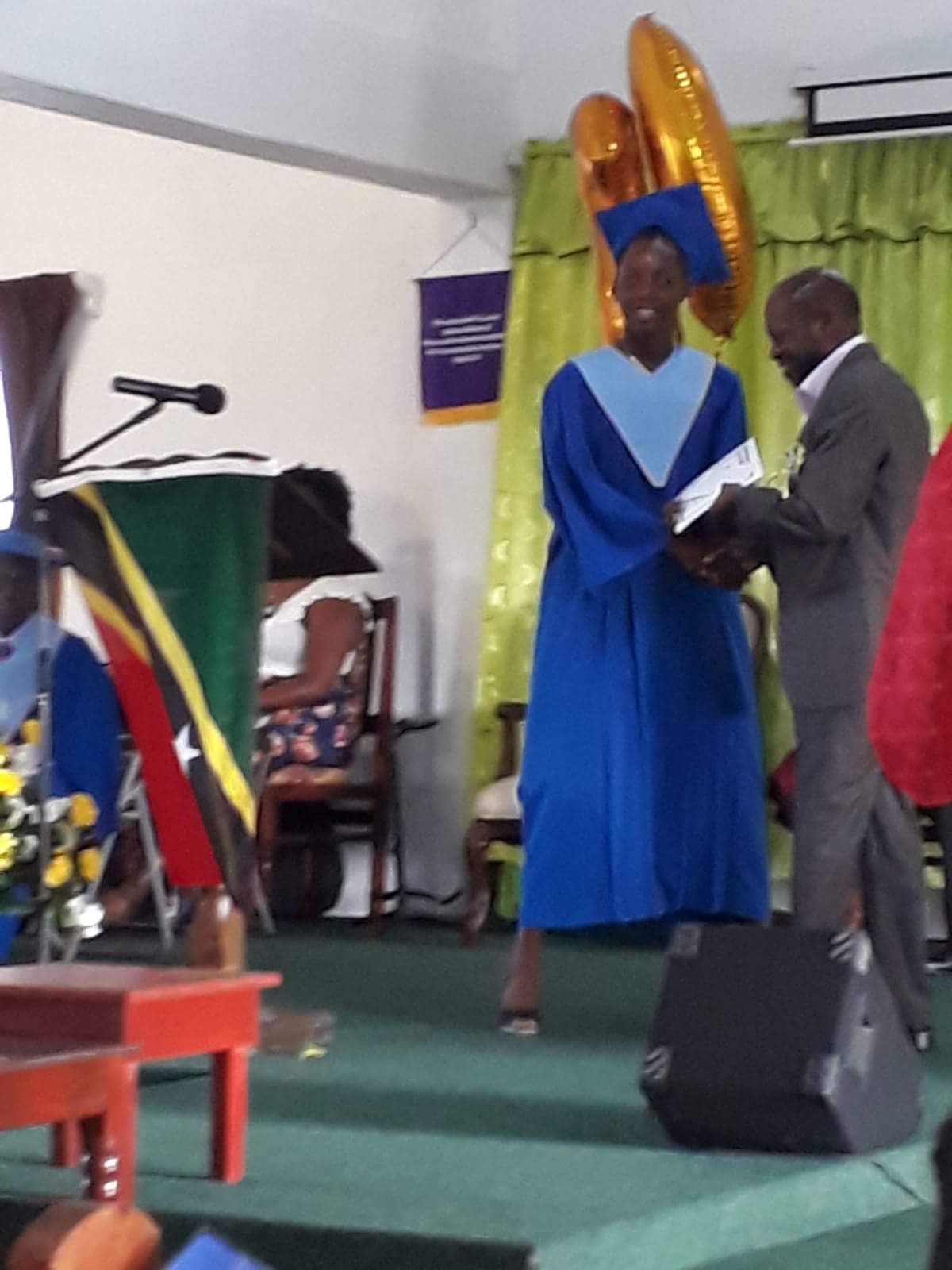 As a former teacher and lifelong educator, Dr Douglas was proud to personally present the award to all four recipients as well as offer some brief words of congratulations, wisdom, and encouragement to the graduating classes.