Govana gives Reggae Sumfest ‘One and Moves’ onto Antigua and St. Kitts 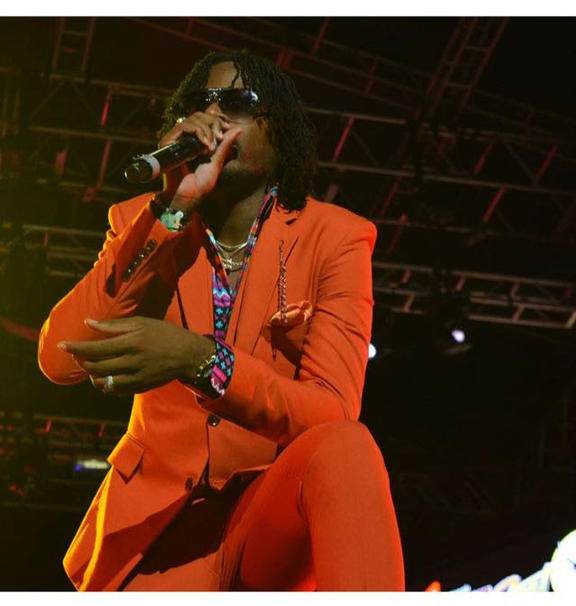 Speaking with members of the media prior to the 2018 installment of Reggae Sumfest, 4th Genna recording artiste Govana said he was “Ready” for his solo debut and indeed he was. Dapperly attired in a full burnt orange ensemble the deejay made good on his promise, delivering a commendable set at last Friday’s Dancehall Night to the appreciation of those in attendance.

Though not his first time on the festival but his inaugural as a solo act. The ‘One And Move’ hitmaker intimated that he’s pleased he was able to deliver on such a major platform to the hordes who came out in support.

“The experience was great, I definitely felt the energy and support from the crowd, so it’s fair to say I’m satisfied with my solo debut. I also want to say a special thank you to my team, the fans and the organisers of Reggae Sumfest for a great show.”

Looking ahead, Govana is scheduled to depart the island in the coming days for a pair of concerts in the Leeward Islands this weekend. On Friday he’ll be at the Frigate Bay Strip in St. Kitts before hopping over to Antigua’s Dove Cove on Sunday for the highly publicised ‘La Playa Privada’ alongside labelmate Aidonia.

Upon returning to Jamaica, the Spanish Town deejay is expected to resume work on his debut EP along with several other projects.

Dr. Drew: Next Labour Party administration will provide adequate healthcare for all