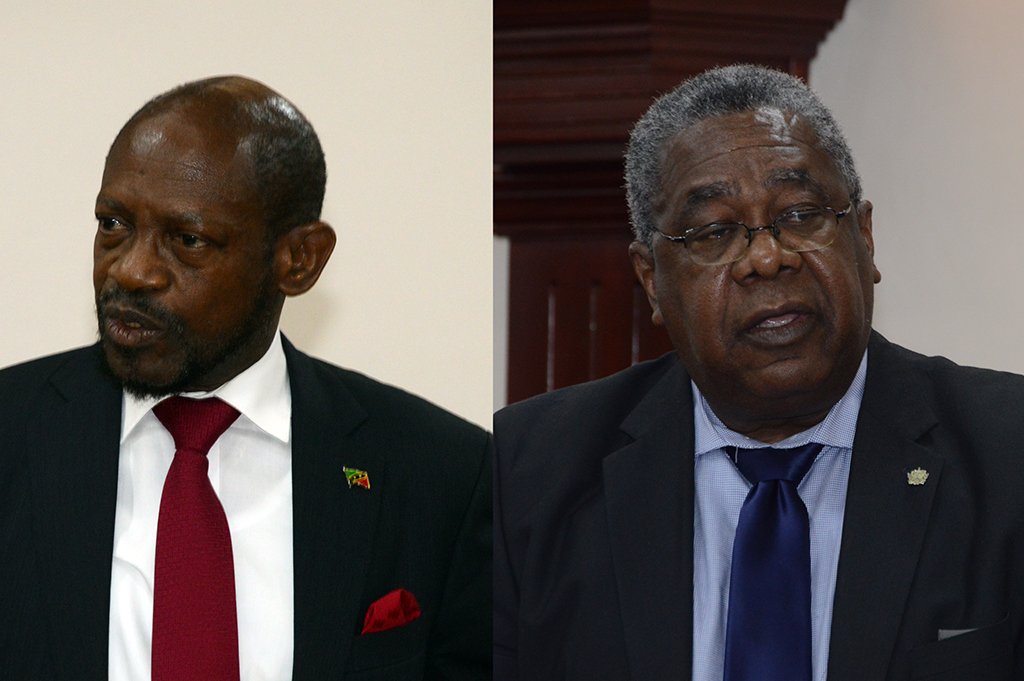 BASSETERRE, St. Kitts, February 5, 2018 (Press Unit in the Office of the Prime Minister) – On Monday, February 26, 2018, the Leader of the Opposition, the Right Hon. Dr. Denzil Douglas, will head to the High Court where he would answer questions regarding his eligibility to serve as a member of Parliament while being the holder of a diplomatic passport of the Commonwealth of Dominica, which identifies his nationality as Dominican.

This follows the move by the Office of the Attorney General to file a fixed date claim form in the High Court Registry on Monday, January 22, 2018.

The fixed date claim form, No. 8 of 2018, was filed pursuant to Section 36 of the Constitution of St. Christopher (St. Kitts) and Nevis and Section 12 of the National Assembly Elections Act (Cap 2.01) as a matter between the Attorney General of St. Christopher and Nevis (the Claimant) and Dr. Denzil Douglas (Defendant).

Additionally, the fixed date claim form application seeks a declaration that Dr. Denzil Douglas has vacated his seat in the National Assembly of St. Kitts and Nevis; an injunction restraining Dr. Denzil Douglas from taking his seat in the National Assembly and from performing his functions as a member thereof; costs, and such further and/or other relief as the Honourable Court may deem just and expedient.

During his recent press conference on Thursday, February 1, Prime Minister Dr. the Honourable Timothy Harris stated that this is a matter of grave constitutional, political and Parliamentary significance to the Commonwealth family.

Prime Minister Harris said, “The Constitution specifies who can be a member of the Parliament and how membership in the House is invalidated or brought to an end. Dr. Douglas will have an opportunity to defend the case as to whether he is in breach of the Constitution, in my view of section 28 subsection (1) subsection (a) and the National Assembly Elections Act.”

Dr. Harris further stressed that elected members of Parliament must serve their constituents and Parliament loyally and faithfully, adding, “There must not be divided loyalties between duty to their constituents and Parliament on one hand, and loyalty to a foreign power on the other. Such conflict, whenever it raises its ugly head, the member in question in my view should not wait for the court, but to automatically resign.”

It was reported to the court that the Defendant in the matter, Dr. Douglas, left the Federation of St. Kitts and Nevis by air using the same Dominica passport on April 23, 2016. The passport is stated to be valid until July 29, 2020.

THINGS TO KNOW ABOUT THE NEW SIGNALISED INTERSECTIONS