Basseterre, St. Kitts, June 25, 2018 (SKNIS): The ballroom at the St. Kitts Marriott Resort was filled from wall to wall with hundreds of grade six students from across the Federation on June 25.

They gathered together for what was dubbed the “Moving on Up National Grade Six Career Jamboree” to celebrate their pending transition to high school and to graduate from the “Moving on Up Grade Six Transition Programme”. The students had business cards created to reflect the career paths they wanted to pursue and came dressed for several roles, including that of soldiers, doctors, nurses, lawyers, athletes and chefs. There were even a magistrate and a golf instructor among them. The event culminated the Transition Programme, which was conducted in 24 primary schools in St. Kitts and three in Nevis, and involved just over 600 students. The programme ran throughout the entire school year and was facilitated by Dr. Neals Chitan and Mrs. Ann Chitan, with support from the Ministry of National Security. 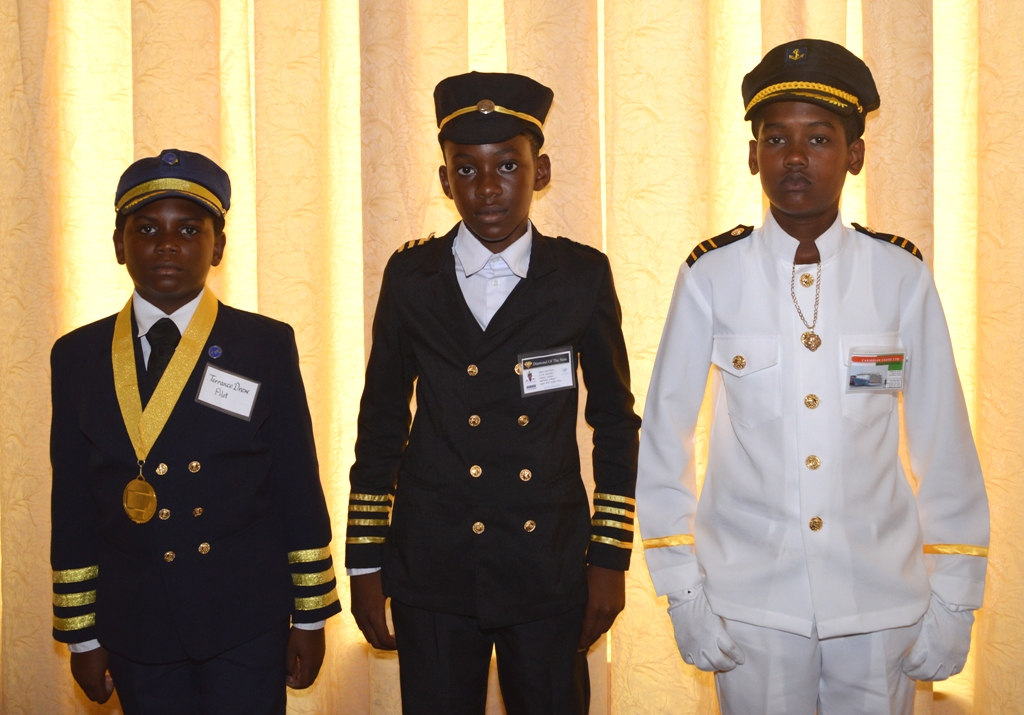 The objective of the programme is to reduce the risk of high school frustration, failure and drop-out by equipping grade six students with the strategies, concepts, inspiration and focus needed to develop a career goal and to achieve it. Some of the areas discussed were: discovering yourself; pointing your talents, strengths and interests towards a career; framing and building your dream; choosing the right friends who are going your way, and getting up when life becomes unfair. 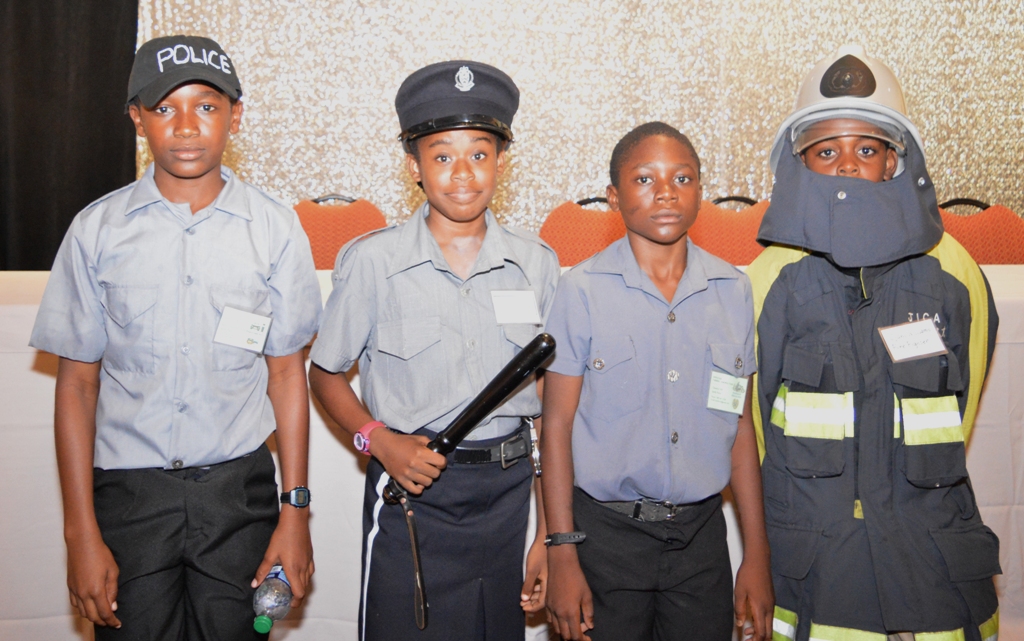 Prime Minister and Minister of National Security, Dr. the Honourable Timothy Harris, expressed how pleased he was with the students and the programme. He told them that all the career paths chosen required that they prepare themselves to play the part in the future.

“What is refreshing is that the group of young people we have gathered today are all committed now to be the best that they can. Our future, then, is in good hands, and so I would want to wish them all the very best as they move from primary into secondary schools,” said Prime Minister Harris. 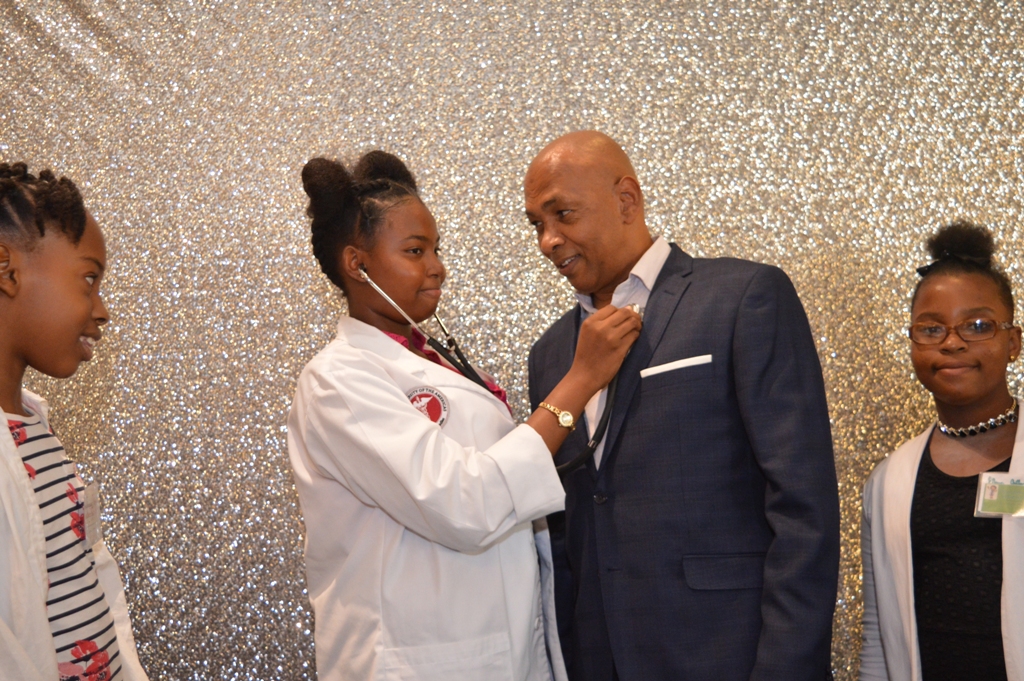 Dr. Chitan lauded Prime Minister Harris for making the event possible. According to Dr. Chitan, at one point, there were several challenges he experienced and cancelling it was the only option. However, after bringing the issues to the prime minister’s attention, Dr. Chitan said that Dr. Harris stated that the Federation’s children deserved the best and ensured that the Jamboree was a big success.

Dr. Chitan disclosed that he was unable to implement all the components of the programme. He indicated that when it begins again in September, an effort would be made to roll out the full curriculum.

“What we did this year is not the complete programme. We only got two components in…We got the student empowerment piece in, and we got the career jamboree, which is the finale today…,” Dr. Chitan explained.

Each student received a certificate of participation and a special award called the Dream Chasers Award – donated by Warner’s One Stop –which was given to a child in every class who best showed use of the concepts and an improvement in their attitude. At the end of the ceremony, the students separated into groups based on their career path of interest, and persons employed in the various fields interacted with them to share some insight on their chosen careers.

BHS staff room broken into over the weekend