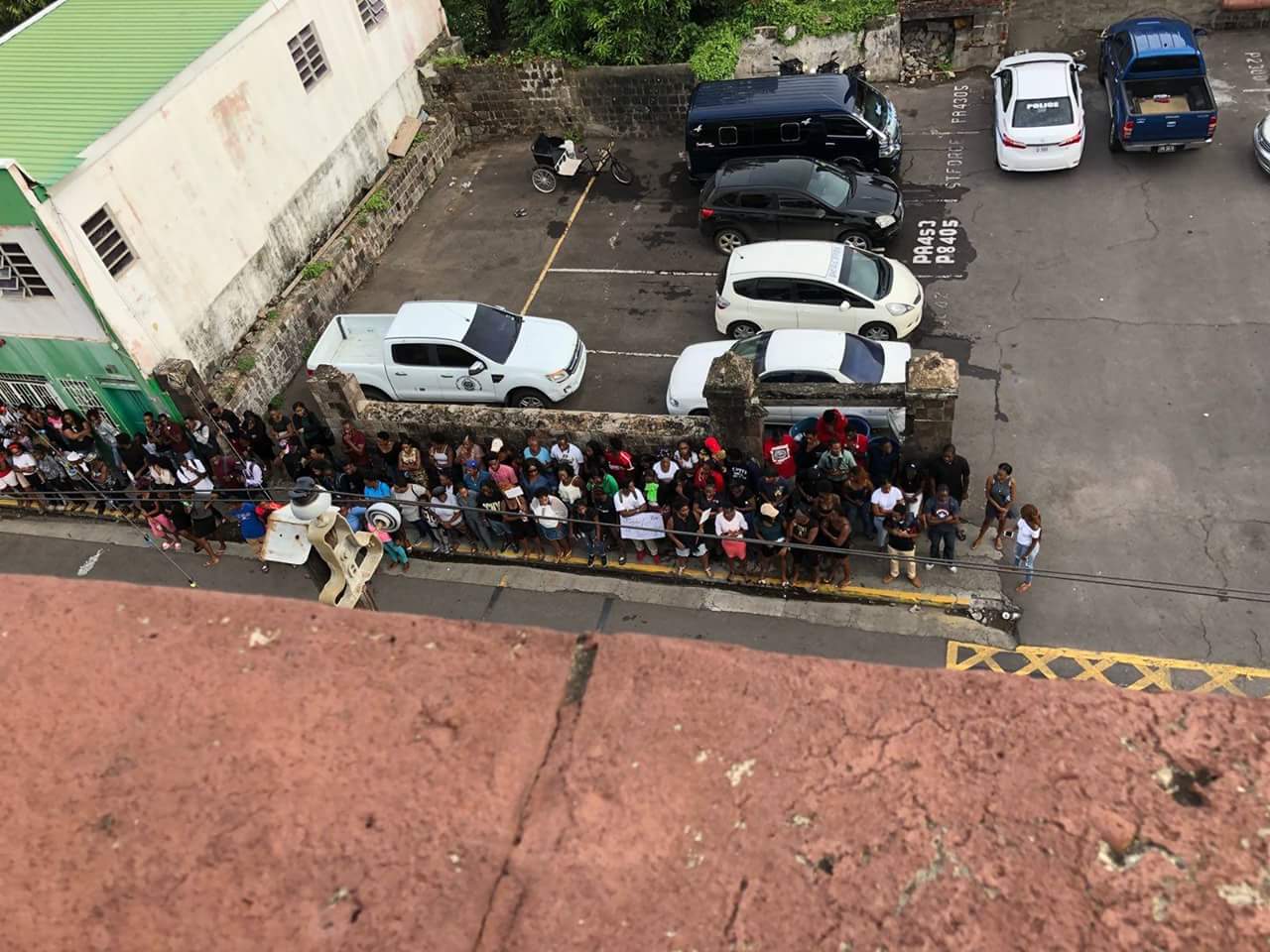 Johnson, who turned 20 on Saturday, was riding a motorcycle when he died tragically after he was pursued by a police vehicle through the streets of Basseterre.

A police statement said Tau ran a red light before losing control of his motor cycle when he attempted to evade a police patrol. 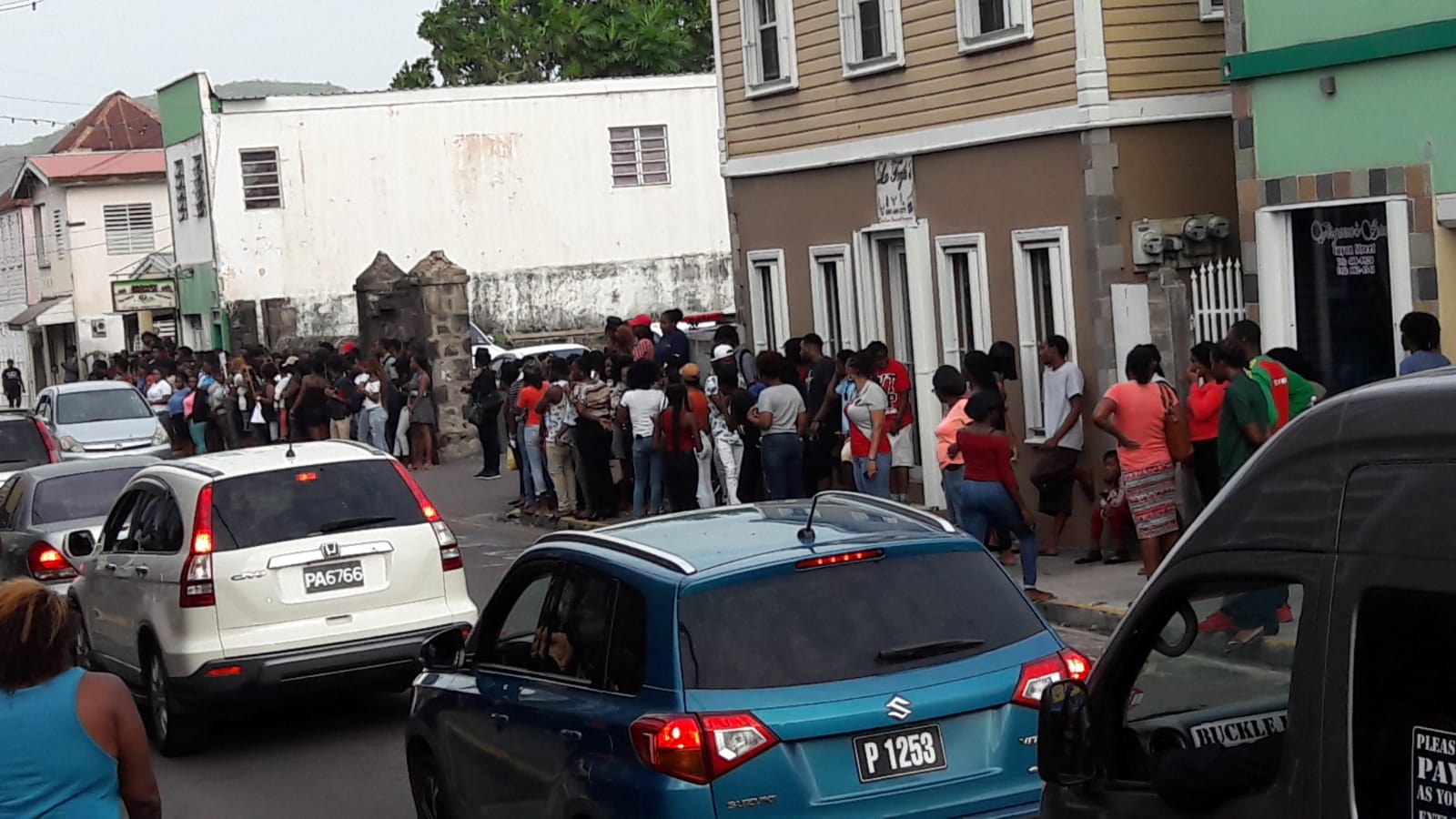 But there are reports that police allegedly knocked the youth off his bike.

Police deny this saying the vehicle which was pursuing Johnson stayed at a distance.

Youths from all walks of like stood quietly outside the Basseterre Police Station and at intervals shouted “Justice for TJ.”

The nation is also upset how the EMS handled the injured Johnson at the scene before being transported to the J N France General Hospital where he died.

A post mortem is to be carried out to determine the exact cause of death.

Photo from the demonstration