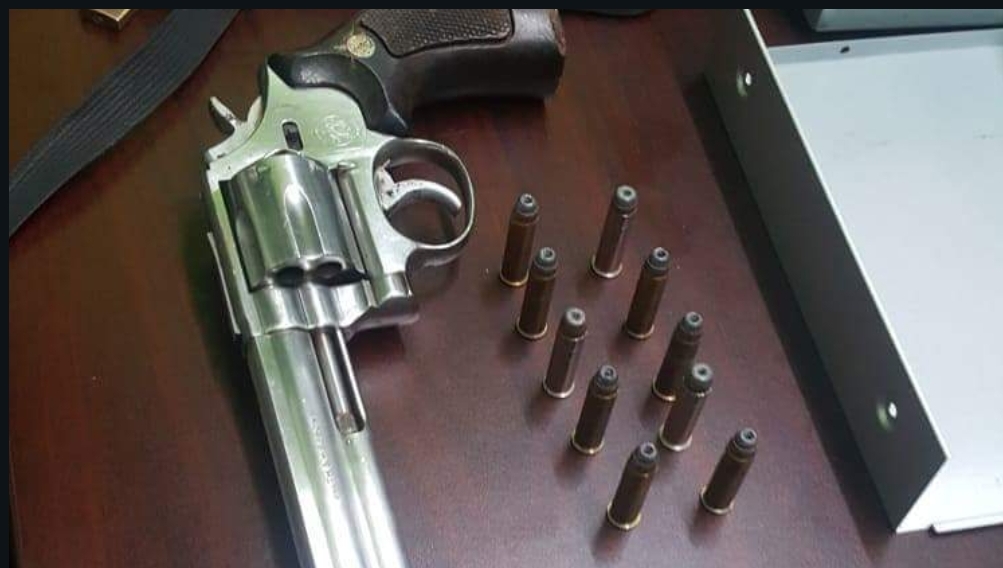 Basseterre, St. Kitts, June 15, 2018 (RSCNPF): A joint operation between the Royal St. Christopher and Nevis Police Force (RSCNPF) and Her Majesty’s Customs and Excise Department on Thursday, June 14 resulted in the confiscation of a firearm, ammunition and drugs.

The operation took place at the Vance Amory International Airport. One .357 Revolver with a number of ammunition were recovered inside a DVD player, while several packages of a substance suspected to be cocaine were concealed in what appeared to be a colouring set. Two persons are in Police custody assisting with investigations. Both the RSCNPF and the Customs and Excise Department will continue their enquiries into the matter.

Officers in Division C (Nevis) are currently undertaking a number of operations in an effort to find the perpetrators of several crimes that have taken place and to remove illegal firearms from within our communities. A call for assistance from the public was made recently by the Head of the Nevis Task Force, Inspector James Stephen, and anyone with information regarding any crime that has been committed or suspicious activity are asked to call the Charlestown Police Station at 469-5392 or their nearest Police Station.

This is the second firearm taken into police custody in Nevis this week, bringing the total number of firearms removed from our communities to fifteen (15).