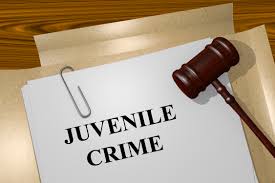 Basseterre, St. Kitts, April 29, 2018 (RSCNPF): The juvenile that was taken into Police custody in relation to an incident at Mem’s Pizzeria has been charged. He was charged for the offence of Armed Robbery in the presence of his father on April 28.

–
At about 9:18 p.m. on April 25, Police responded to a call of an armed robbery at Mem’s Pizzeria in Prospect Gardens. When Officers arrived they found the staff and customers of the Pizzeria outside the establishment.

They reported that they were robbed of personal items by two masked gunmen. Police enquiries revealed that the gunmen ran in the direction of Brown Hill and the Officers set off in hot pursuit.
They caught one juvenile with items believed to be those stolen from persons at the Pizzeria. A second suspect was later held in relation to the incident and that person is still in Police custody.
Investigations into the matter are ongoing.