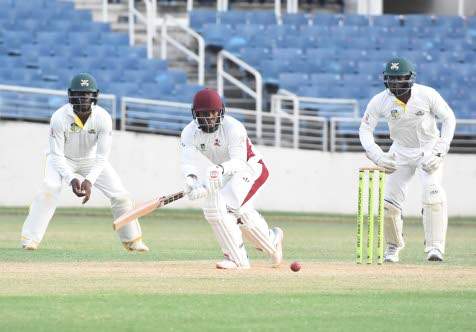 Despite conceding a first innings lead of 40 runs to the Jamaica Scorpions, Cornwall’s six wickets gave the Leewards some momentum in their last innings.

The Leeward Islands Hurricanes batted resolutely in their second innings to compile a total of 312 runs.

This meant that the Scorpions would of had to chase a winning target of 273 runs.

However, the Hurricanes took the fight to the Scorpions and humiliated them inside three days by dismissing them for 138 runs.

Their victory secures a firmer hold on the second position after the completion of this weekend round of the Regional Cricket Tournament.

This medium wishes to extend congratulations to Manager Winston Benjamin, Captain Keiran Powell and his team and wish all the best in the remaining encounters.

Nevis and Antigua To Face Off In LIDC Finals