Team Nevis off to a great start in the Leewards Islands U19 Cricket Tournament which commenced yesterday in Montserrat, Thursday 28th June, 2018.

Having won the toss, Shevon Jeffers ad Justin Amurdan led the charge before departing cheaply with Amurdan scoring 28 and Jeffers 23. Solid contributions also came from Bowen-Tuckett, (44), Duberry, (33) and Francis, (27). Nevis ammassed a total of 238-9 in their allotted 50 overs.

The Antiguan started their run chase with the fall of early wickets. Speedster Kian Pemberton immediately made his presence felt. However, the Antiguans weren’t going down without a fight: positioned at 84-7, the Antiguan batsman, Miller featured in two outstanding parternships worth 57 and 58 runs respectively. Miller was the dominant scorer with 41 and 49.

Miller’s heroics however failed to take his team to victory as he ran out of partners. Miller scored the first century of the tourament with 118* and Antigua were bowled out for 206.

Kian Pemeberton and Tiwan Prentice were the pick of the bowlers for the Nevis team bagging 4 and 3 wickets respectively. 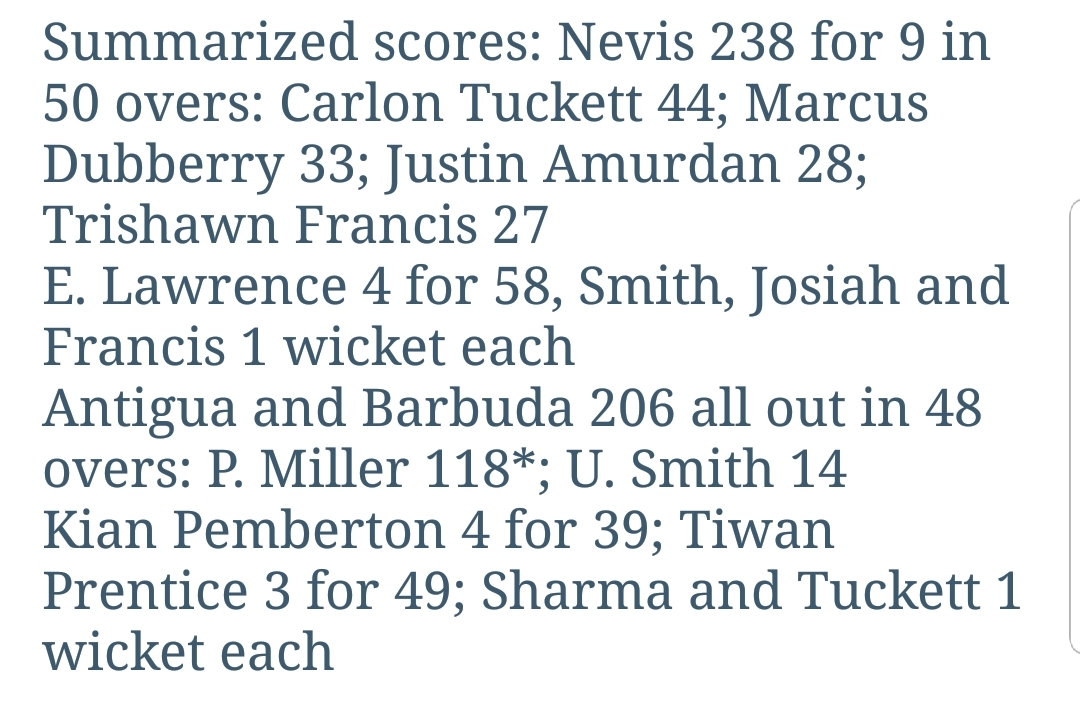