NINETY-ONE AWARDS PRESENTED FOR EXCELLENCE IN SPORTS IN ST. KITTS 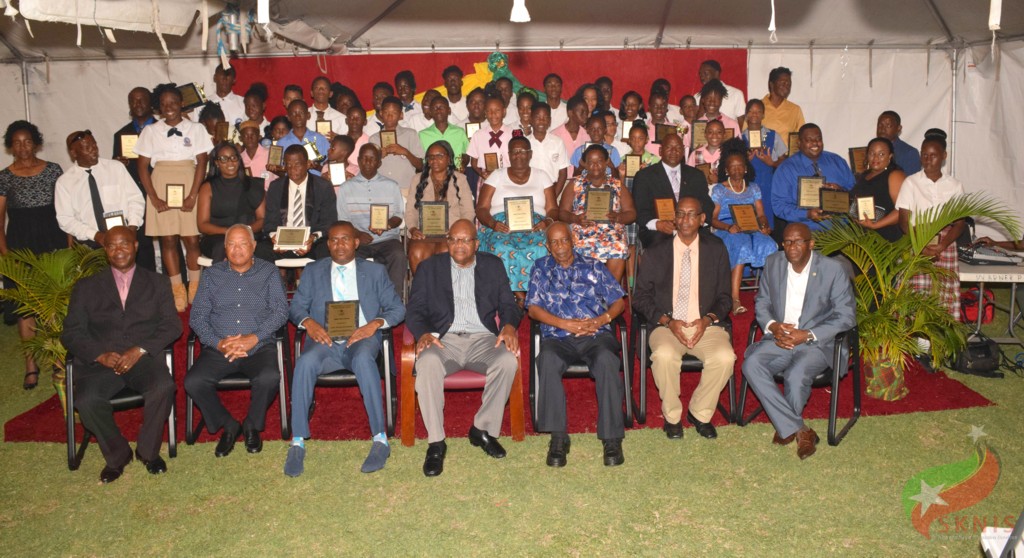 SKNIS Photo 1: Group photo with presenters and awardees from the 2018 Department of Sports Excellence Awards

–
Basseterre, St. Kitts, July 19, 2018 (SKNIS): A total of 91 awards was distributed at the Third Annual Department of Sports Excellence Awards that was held on Wednesday (July 18) at Government House.

The event was held under the theme “Celebrating Excellence, Inspiring Innovation” and saw top student athletes from various primary, and secondary schools, and the Clarence Fitzroy Bryant College, recognized for outstanding performances in various sports including athletics, basketball, cricket, football, netball, tennis, and volleyball, during the department’s 2017-2018 sports year.

Director of the Department of Sports, Anthony Wiltshire, said the afternoon was about celebrating excellence. “We are culminating another year of keen competition amongst our public as well as our private schools. In order to accomplish excellence, our young athletes must be innovative. No longer can they be satisfied with mediocre performances but must aim for excellence as they discover new ways of excelling,” he said. “At the Department of Sports, our goal is to promote sports for all. Consequently, we are to encourage all schools to participate in the various disciplines.”

Notable winners were the Sportsmen of the Year, Daron Thomas from Dieppe Bay Primary and Lestin Wiltshire from Charles E. Mills Secondary School (CEMSS). Sportswomen of the Year were Kyema Rawlins from Dr. William Connor Primary and Trishanni Warner from CEMSS. The Award for Academic and Athletic Excellence was presented to Kayella Rawlins from Dr. William Connor Primary and De-andre Drew from Cayon Primary while the high school recipients were Khanein Blanchette from Clarence Fitzroy Bryant College, and Lestin Wiltshire from CEMSS. The award recognizes the best in the classroom and on the court/field. 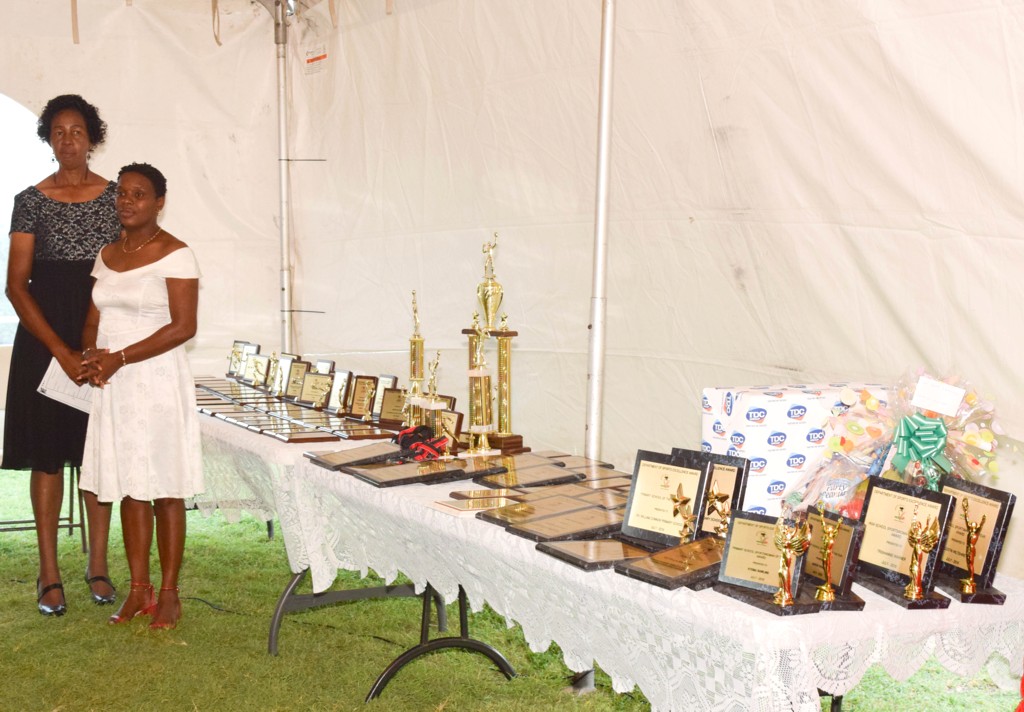