OLD TREASURY BUILDING IN BASSETERRE TO BE RESTORED TO FORMER GLORY 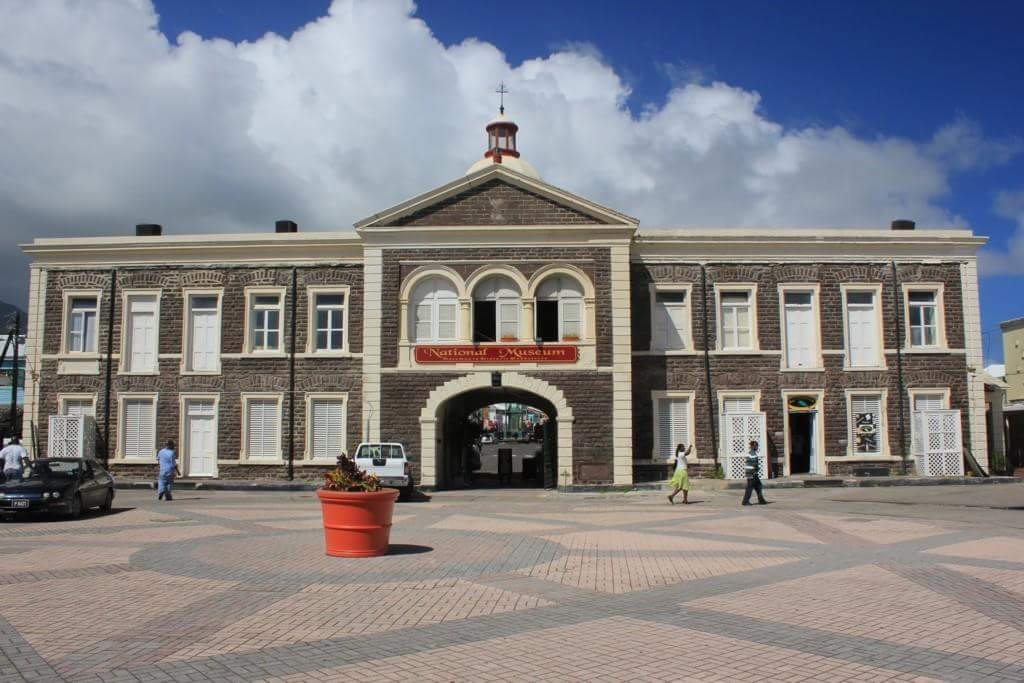 File Photo: The Treasury Building is the Gateway to Basseterre for many excursionists

Basseterre, St. Kitts, August 09, 2018 (SKNIS): Staff at the St. Christopher National Trust has been charged with protecting, preserving, promoting, and conserving national treasures in St. Kitts and restoring the Old Treasury Building – the home of the National Museum – is one such project that is being carried out with great care and attention.

On Wednesday’s (August 08) edition of Working for You, Executive Director of the St. Christopher National Trust, Ryllis Percival, spoke about some of the important work being undertaken by her organization.

“Right now we are focussed on three sites, the building we are in – the Old Treasury Building in restoring it; we are focused on the Spooner’s Cotton Ginnery [in Cayon]; and our focus will then go to the Charles Fort in Sandy Point,” she said, referring to some heritage sites.

The Treasury Building was originally constructed in 1894. Many in the day and the decades that followed referred to it as “The Gateway to Basseterre” as the archway facilitated the entry and exit of persons coming to St. Kitts via boat. Some of that mystique remains today as the archway welcomes excursionists from cruise vessels at the nearby Port Zante.

“It is one of the oldest buildings in St. Kitts, especially in Basseterre,” Ms. Percival stated. As such, renovation has to be delicately performed over a period of years and as one would expect, is very costly. A remodelling exercise in the early 2000s only compounded the problem as the wrong materials were used and have resulted in flaking on the walls and leaks.

The executive director said: “we had to find experts on these buildings and we are very, very happy to say that we found the experts in Trinidad and we have been working with both the engineer from Trinidad and a building heritage restoration and maintenance company that has been working with us to … guide us in the process of how we can get this building restored properly, and it is a lot of work.”

The price tag is about US$1 million or close to EC$3 million to repair the structure. Ms. Percival said that the local government has stepped forward to assist the project for which she is “eternally grateful.” The Trust is now in a position to invite tenders from qualified contractors to carry out the rehabilitation project.

“We are at a very good stage now and I’m excited that we can begin to do work and see the building come back to its former glory,” Mr. Percival said.