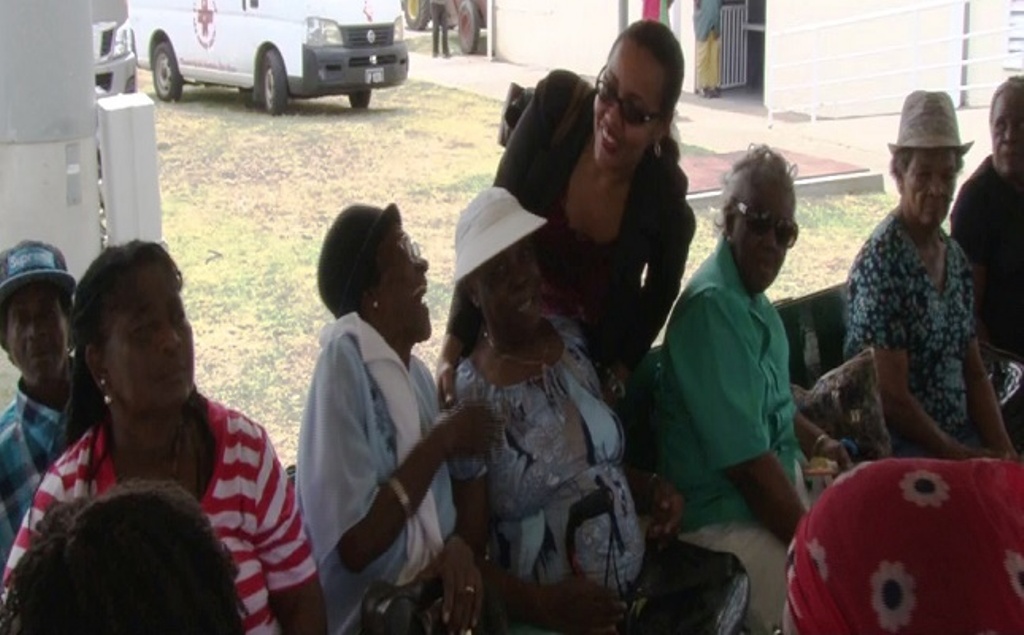 Basseterre, St. Kitts, October 13, 2016 (SKNIS):  The Ministry of Social Development has been working assiduously to ensure that older persons in the Federation are appreciated and given their due recognition by remembering them all year round, but especially in the Month of Older Persons, which is observed in October.

Ann Wigley, Deputy Director in the Ministry of Social Development, said that the decision came last year to celebrate older persons all year round, instead of focusing on one month, as older persons have contributed greatly to nation building and as such should be duly recognized.

“In February, the Brimstone Hill Fortress took us out and it was well attended [with] over 200 persons,” she said. “And then we had our fun day in April, where we had our races at the [Kim Collins Athletic Stadium]. Participants got their medals and that was great. Then the Chinese had us as guests at the [St. Kitts] Eco Park.”

Photo 2: Seniors expressing themselves through dance at the Older Persons Fun Day at Kim Collins Athletic Stadium in April

Mrs. Wigley said that a picnic was also planned but had to be postponed due to inclement weather. She noted however, that the activity will be rescheduled, as the older persons often enjoy themselves whenever such an event is planned and successfully comes off.

For October thus far, a church service was held at the Church of God of Prophecy in Newton Ground, as well as a Seniors March in Nevis. Mrs. Wigley noted that both events were successful. Still to come on the calendar of events are Movie Night, a Seniors Ball and an island tour. Older persons form Nevis will journey to St. Kitts to partake in the island tour.

Equally important is the honouring of centenarians in St. Kitts and Nevis. The deputy director noted that Nevis will be honouring its six centenarians on Thursday, October 13, and St. Kitts honoured theirs in 2015.

“I am pleased to hear that the Government [has decided to] make this an annual event,” she said, adding that May 31, will be observed as Centenarians Day in St. Kitts and Nevis. “And we will also be honouring 23 persons with plaques, plus our centenarians in each community during the month of October.”