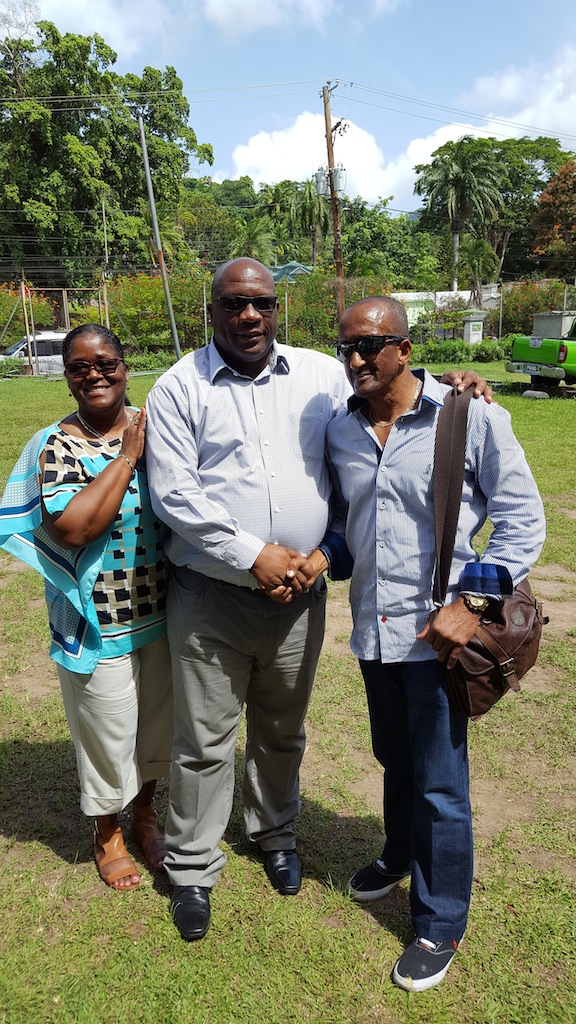 Basseterre, St. Kitts, June 23, 2018 – Saturday’s (June 23, 2018) cry for justice and compensation for the late Dominica-born constable Brian Pacquette of the Royal St. Christopher and Nevis Police Force who was gunned down in the line of duty on June 23, 2016, was not the first cry for closure of his killing.

On January 14, 2017, I posted a story with the following headline: “Family of late police officer Pacquette cries out for justice.”

The paragraphs read: “Family members of the late Brian Pacquette, a constable of gunned down in the line of duty last year is still waiting for answers from St. Kitts and Nevis Prime Minister and Minister of National Security, Dr. the Hon. Timothy Harris and Commissioner of Police, Mr. Ian Queeley.”

“For the past several months, Pacquette’s aunt, Janet Harris-George, who lives in Arkansas, in the United States, has been speaking on behalf of the family.

In her cry for justice, her post on January 11th 2017 reads: “JUSTICE FOR BRIAN. Last night a young one was crying and asking ‘Why somebody had to kill Brian?’ His family wants answers too. Who shot/mutilated/slaughtered Brian resulting in his death? It is over 6 months since Brian was shot while working for the St. Christopher Police Department. JUSTICE FOR BRIAN.”

“The treatment my sister, Brian’s mother is receiving, is so ridiculous it is shameful that it is coming from an agency that should be projecting an image of ‘doing the right thing.’ Brian did not leave his place of abode with a death wish or a wish for someone to mutilate/slaughter him. The young man was shot by a nameless someone who should have been helping him to do his job. Then the lie and now what looks like a cover-up and maybe an attempt to dodge responsibility. WE WILL PRESS ON. LIGHT ALWAYS SHINES ON DARKNESS.”

On December 30th 2016, she said: “This is what we have received from the St. Kitts Police Force and government,” and posted a photo of the August 9th 2016 burial in Dominica.

At the funeral service, Dr. Harris eulogised the Dominican-born police officer as a fine gem of a gentleman.

“We have all come to pay our respects to the life of officer Brian Pacquette who served in the Royal St. Christopher and Nevis Police Force with distinction, with courage, dedication and bravery. I was able to see the fine gem of a gentleman that Pacquette had been moulded to be because of the grounding, and the love and support he has had from birth from all of you the family members here in the Commonwealth of Dominica.”

The day before the funeral Dr. Harris reportedly spoke for close to 90 minutes with 29 of Mr. Pacquette’s family members in the conference room of the Dominica Public Service Union.

Family members say since the funeral service, not a word from the Office of Prime Minster Harris or the Office of the Commissioner of Police.”

Photo 2 – St. Kitts and Nevis PM Timothy Harris (in front row third from the left) pose with Family Members of Brian Pacquette after 90 minutes meeting during which promises were made.

SKNAARS becomes a member of the IARU