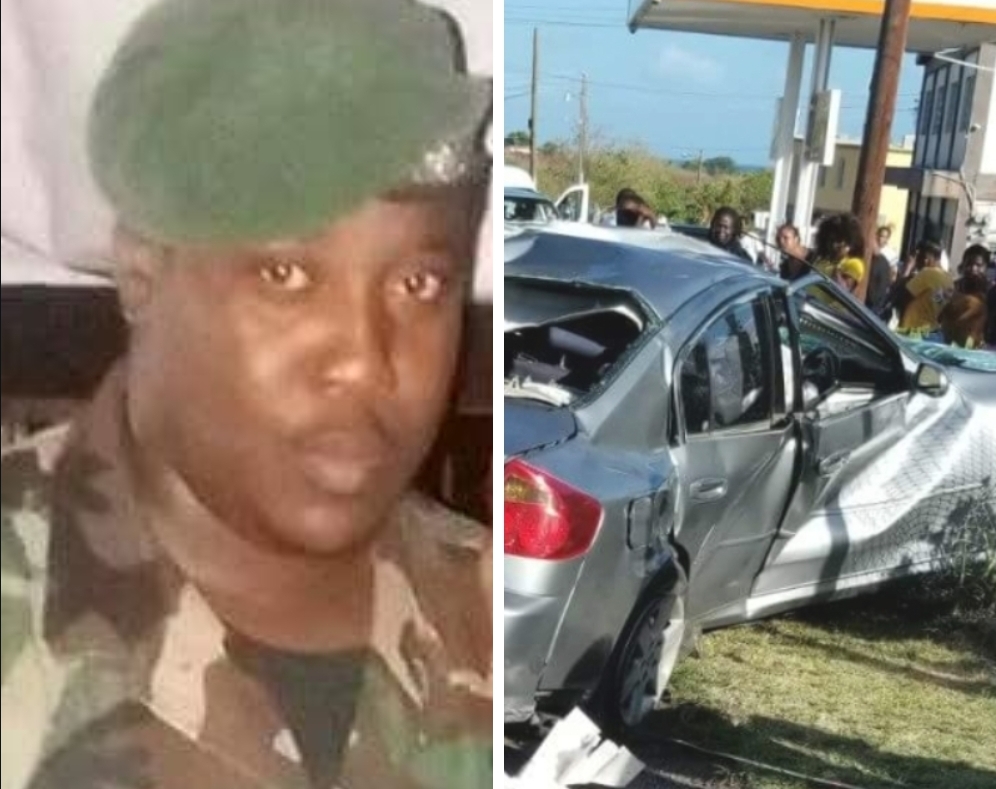 Basseterre, St. Kitts, April 14, 2018 – Police on Saturday provided details of a tragic road accident which left a passenger of the vehicle dead.

Police said they were investigating the accident that occurred along the island main road in the vicinity of Brimstone Hill and involved motor car P9122 which is owned and was being driven by Kyle Woodley of Newton Ground.

“Circumstances are that the driver of P9122 was heading towards Sandy Point when he attempted to overtake another vehicle. In doing so he lost control and collided with a pole. The vehicle spun in the air and landed on private property on the Island Main Road,” a police statement said.

It added that the passenger, Kechel Pemberton, also known as “Matty” of Sandy Point, who was in the front seat, was thrown from the vehicle.

The Emergency Medical Service was summoned to the scene where they rendered assistance and both individuals were transported to the JNF Hospital.

“Pemberton was pronounced dead at the hospital and Woodley was admitted for observation after suffering minor injuries,” the police said.

An autopsy will be performed on the body of Kechel Pemberton to determine the exact cause of death.