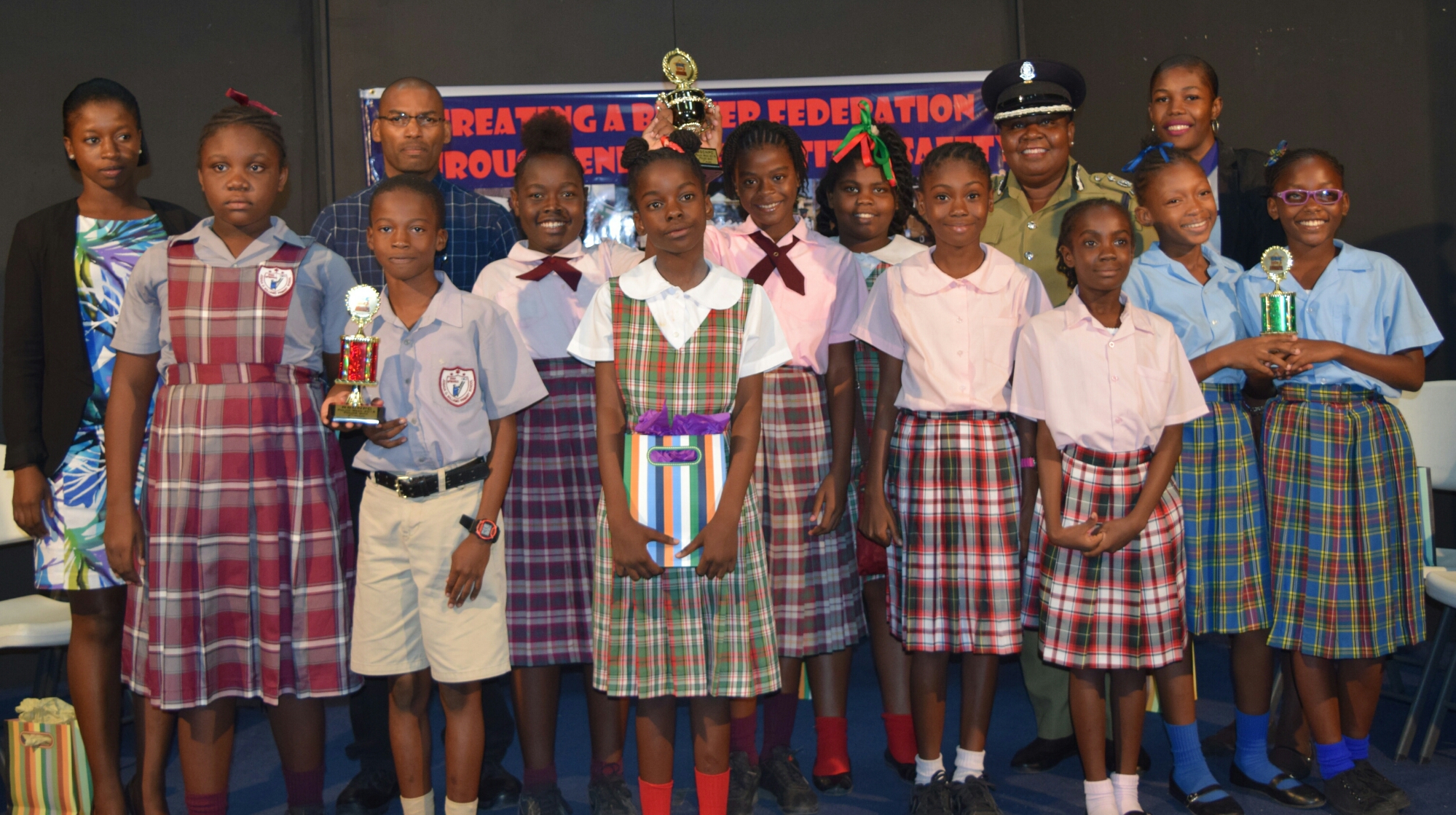 Basseterre, St. Kitts, November 03, 2016 (RSCNPF):  Five primary schools on St. Kitts gathered in the ZIZ Television Studio on Wednesday (November 02) to demonstrate their knowledge of the Royal St. Christopher and Nevis Police.  The students were at the time taking part in the “Police Week 2016”  Primary Schools quiz.

The quiz was one of the community outreach events brought by the Police with the re-introduction of Police Week. 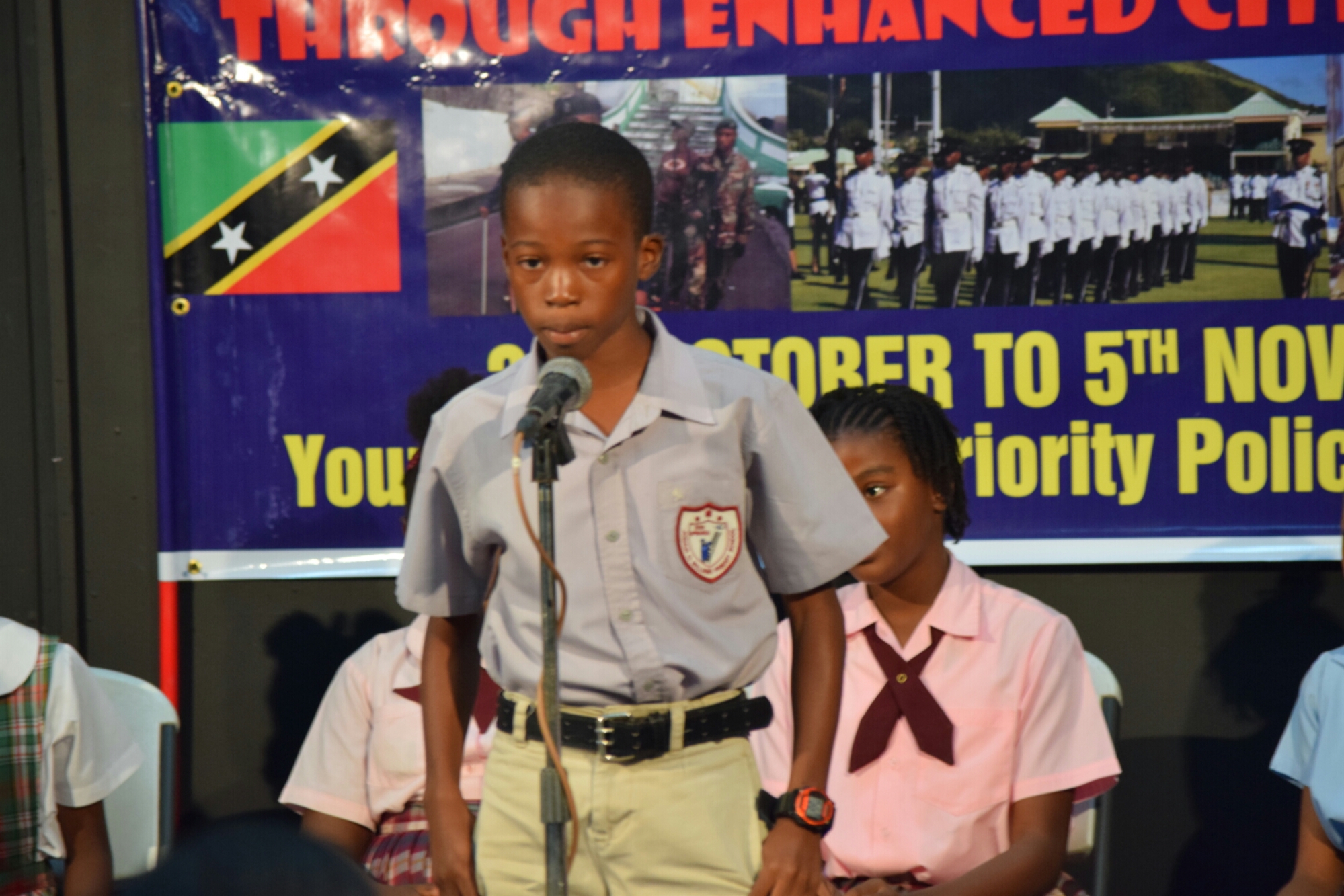 At the end of the quiz and after a tie breaking round,  the Joshua Obidiah Williams Primary School was adjudged the third (3rd) place winner.  In second (2nd) place was the Beach Allen Primary School with first (1st) place going to the Seventh Day Adventist Primary School. 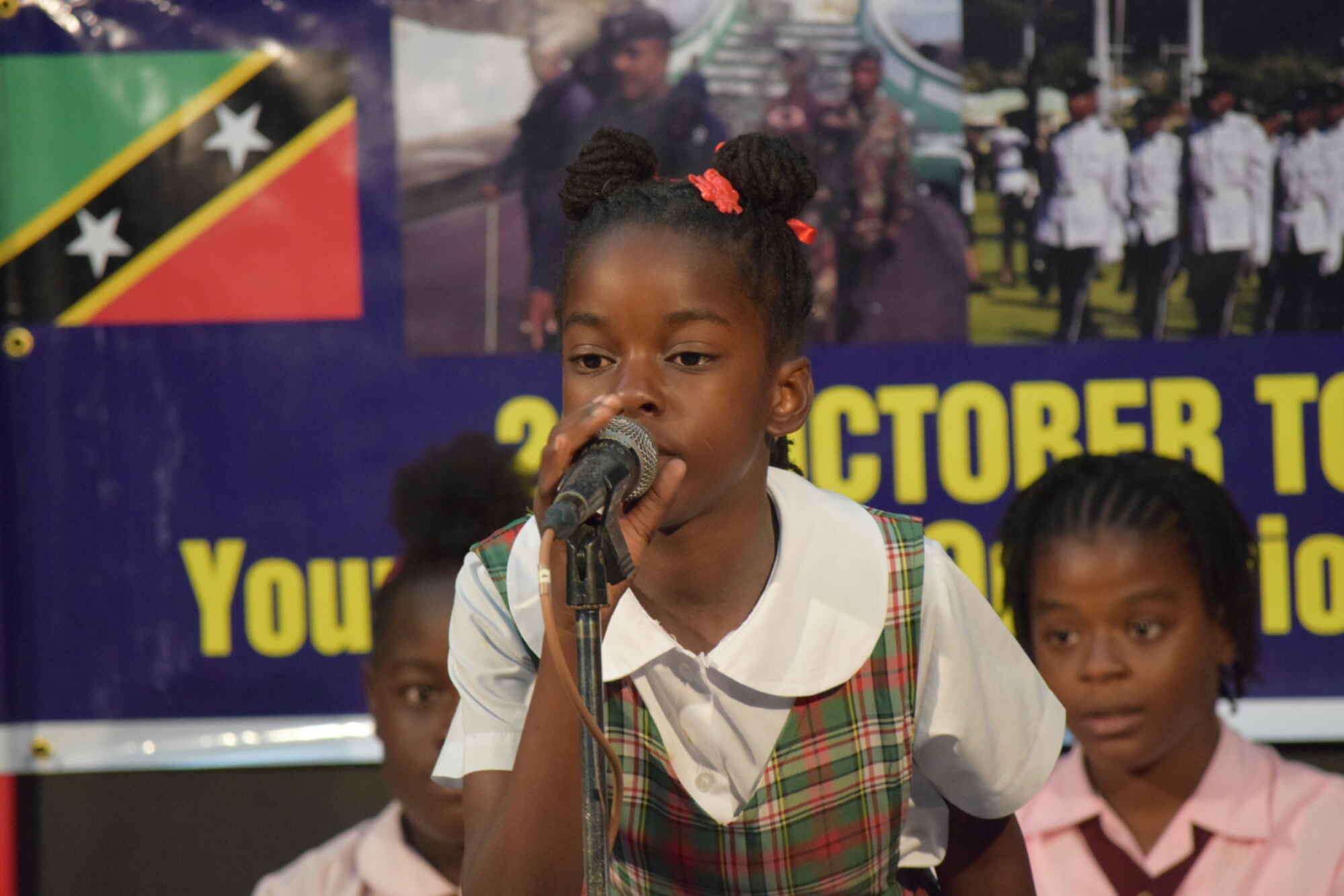 Police Sergeant Winston Thompson who moderated the event said, ‘it was a good effort doing something like this. We have a foundation to grow on, the children enjoyed the quiz, they were very well prepared.”  He added, “it was fun for all and a few teachers commented that they learned a lot about the Police Service while preparing the children for the event, with a few teachers even shared ideas about how we can make better”

Commissioner of Police Mr. Ian M. Queeley said, “I am delighted to see the Primary Schools quiz as one of the events of “Police Week”, and  the next time around I hope we can put on a debate as well, .. one between the officers from the various directorates.”  Commissioner Queeley then expressed his satisfaction about the quiz by saying, “from the reports received, the children had fun, we will ensure it stays on the calendar and I encourage all primary schools to come onboard.  I want to congratulate all the schools that participated, and to say to the teams, you’re all winners.”