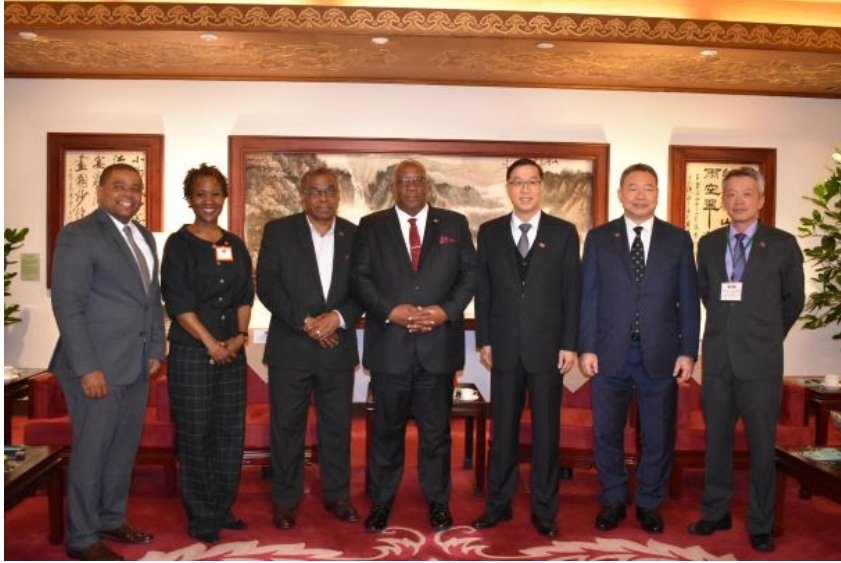 TAIPEI CITY, Taiwan, April 15, 2019 (Press Unit in the Office of the Prime Minister) – Prime Minister Dr. the Honourable Timothy Harris received a warm reception early this morning (Monday, April 15) upon his arrival at the Taiwan Taoyuan International Airport in the Republic of China (Taiwan), where he is leading a St. Kitts and Nevis delegation on a five-day (April 15-19) official visit to the allied nation.

The honourable prime minister is being accompanied by his Cabinet colleague, the Honourable Ian Patches Liburd; Resident Ambassador of the Republic of China (Taiwan) to St. Kitts and Nevis, His Excellency Tom Lee; Permanent Secretary in the Office of the Prime Minister, Mr. Andrew Skerritt; Human Resource Manager, Ms. Coretta Harris; Ms. Lavonne Harris, daughter of the prime minister, and Press Assistant in the Prime Minister’s Office, Mr. Kilony Johnson.

Resident Ambassador of St. Kitts and Nevis to the Republic of China (Taiwan), Her Excellency Jasmine Huggins joined the prime minister’s delegation upon its arrival in Taiwan.

While here, Prime Minister Harris will be honoured by a 19-gun Military Salute from Taiwan’s full Guard of Honour. A contingent of Taiwan’s National Guard visited St. Kitts and Nevis in September, 2018 where it delighted all with a splendid drill display as part of the Federation’s 35th Independence Anniversary Parade.

For his work in improving ties between Taiwan and St. Kitts and Nevis, Dr. Harris will be conferred one of Taiwan’s highest non-military orders and decorations. 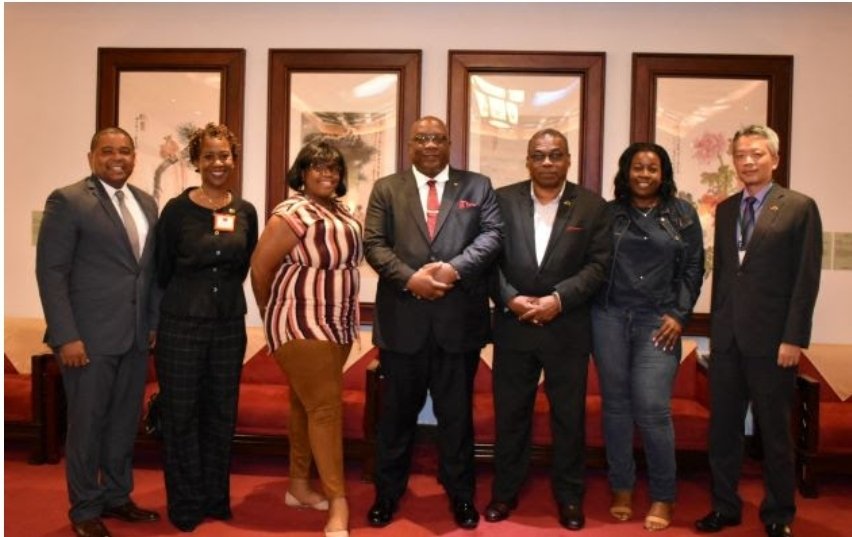 The St. Kitts and Nevis Prime Minister will hold discussions with Taiwan’s President Her Excellency Dr.Tsai Ing-wen and Minister of Foreign Affairs, the Honourable Dr. Jaushieh Joseph Wu aimed at further strengthening the relationship between the twin island Federation and the ROC.

Additionally, Prime Minister Harris will use the occasion to visit St. Kitts and Nevis’ Embassy in Taiwan and interact with staff members there.

Dr. Harris is also expected to meet with nationals of St. Kitts and Nevis who are pursuing tertiary level education at various universities across Taiwan.

During its visit, the St. Kitts and Nevis delegation will visit the International Cooperation and Development Fund (TaiwanICDF), the National Kaohsiung Center for the Arts (Weiwuying) and digiBlock Taipei – a digital technology industrial park that aims to help Taiwan grow its augmented and virtual reality industry.

The full expense of the St. Kitts-Nevis delegation’s travel to Taiwan is being met by the Government of the Republic of China (Taiwan).