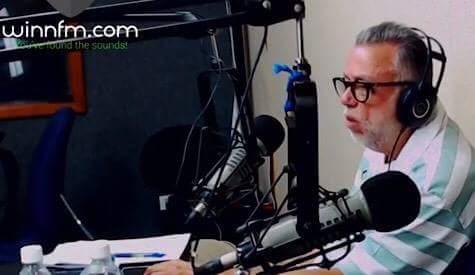 Wilkin said the legislation has no specific legislation on campaign financing and with the Integrity in Public Life Act still sitting on the government’s shelf waiting to be enacted, does bring that issue into play.

Wilkin, a guest on WINN FM’s Inside the News programme on Saturday (July 20), pointed to a portion of Section 22 of the Act that he feels speaks to campaign financing.

“A public official should not allow himself or herself to be put in a position of obligation to return a favour to any person or body nor should his or her conduct in his or her official capacity or in his or her public life make him or her susceptible to the improper influence of others that brings into effect campaign finance most squarely,” he pointed out.

Wilkin is of the view that the Team Unity Government if it were so minded could easily add another section to the Integrity in Public Life Act to deal with campaign financing and the implications it has regarding public officials’ susceptibility to corruption.

“And I’m going to suggest that if the government is serious about campaign finance legislation, just add a schedule to this act and set up the system because we know the millions of dollars that are paid on charters to bring people to vote in, come from donors and those donors are not giving free lunches, they want something in return. And it’s interesting that the word that is used is not that you have granted the favour but that it makes you susceptible to the favour to having to return the favour. Susceptible, that’s a broad word, it means likely to be open to and you’re not going to tell me that somebody who is running a political campaign who takes a million dollars from donor in the Middle East or elsewhere to pay for a charter is not going to be susceptible to having to return that favour.”

A caller to the programme asked QC Wilkin if the public has become accepting of the culture of corruption in public office in the federation. In his response, the eminent attorney emphasized that the ambit of the IPL Act in its present state does not go far enough as part of the good governance architecture.

“The obvious answer is no because the parliament has passed this legislation, it is unanimous every single political party at least on record supports it, so those are the leaders of the country. This discussion we are having shows that the public is interested in it and by and large supportive of the principle. So I think the answer, therefore, is that I don’t think we have accepted a culture of corruption I hope as I’ve said before that we have the rest of the legislation that is necessary for complete good governance architecture. This alone will not work, we need all the other components to make it work,” said Wilkin to listeners.

THREE NEVISIANS IN LEEWARDS U19 TEAM