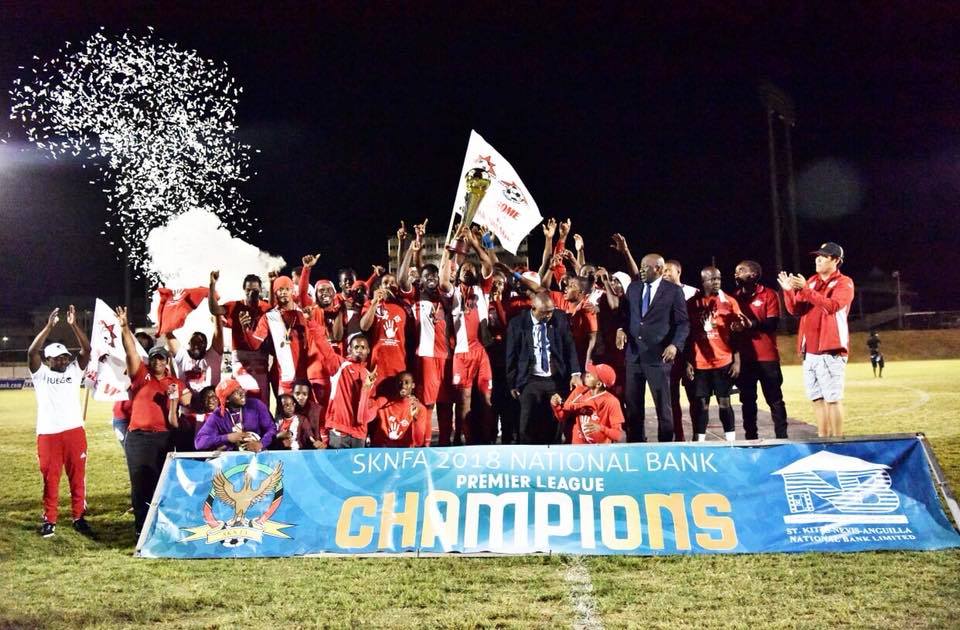 Village’s Tahir Hanley was voted MVP of the finals. After the match, celebration erupted at the Warner Park as Village supporters huddled together in the grandstands and the bleachers to celebrate with their team for clinching the title. The presentation of the winners and runners up medals and trophies took place immediately after the match.

Coach Jeffrey Hazel also spoke to the media and expressed joy at winning the championship. “We’re elated. We’re happy that we would have won the championship. That was something that we set out to do ever since we started back in 2017,” Hazel said. Asked about the reason for the team’s success was, Coach Hazel said: “Commitment, the dedication from the guys. They listened to us when we presented our session plans and our team talks. They were able to go out there and do what we asked them to do,” he said.

Coach Hazel said the focus now is looking ahead, even in the midst of the celebrations. “We have some decisions to make so we will sit down with the executive and sponsors to see the way forward in terms of getting into the (CONCACAF) Champions League. It’s a good step for us. I think the future looks bright for us,” Coach Hazel said.

Meanwhile, Assistant Coach of Conaree Delwayne Delaney said losing Wednesday’s match was tough, considering they created more chances to score. “We, in our estimation had the better of the game. We created chances in and around goal but just were not able to finish. At the end of the day football does not hand out awards for good tries and tough lucks and that sort of thing. It’s who score the goals wins the games,” Delaney said.

So the Rams Village Superstars are crowned champions with an excellent record this season. The topped the table after winning 18 matches, losing only four and scoring 70 goals during the regular season. They had a perfect record in the playoffs winning all five matches they played and conceding only two. This Premier League title completes the double this season as they successfully defended their Carnival Cup title in December.

Congratulations to the Rams Village Superstars.