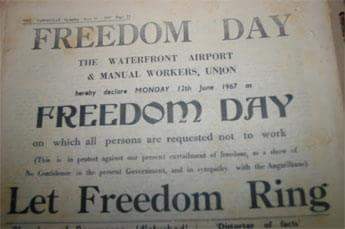 Law-abiding citizens and residents of the twin-island Federation must remember the attack on the country’s democratic institution.

Anticipating that the coup would have been successful on Saturday June 10, 1967, The Democrat – PAM’s official mouthpiece of the same date, announced that Monday June 12, 1967 had been declared “Freedom Day.” 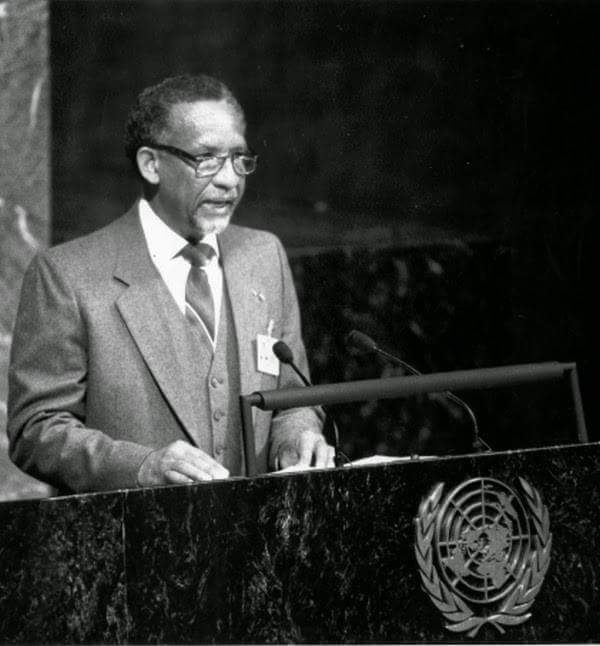 The June 10th event has been documented by Anguillian authors Nat Hodge and Colville Petty. In their books and other written articles on the Anguilla Revolution, they wrote that the
attempt to overthrow Bradshaw on June 10, 1967, was the brainchild of Ronald Webster and a prominent Kittitian politician, Founder and Political Leader of the People’s Action Movement, Dr. William V. “Billy” Herbert Jr. Herbert is the uncle of PAM chairman, Jonel Powell.

According to their publication: “It (June 10th 1967) had two principal objectives which were interrelated: Firstly, the defence of the Anguilla Revolution. Secondly, the overthrow of Robert Bradshaw’s government and its replacement by one sympathetic to Anguilla’s cause.

Ronald Webster, leader of the Anguilla Revolution, was fearful of an invasion from St. Kitts and reasoned that the best way of preventing it, was to attack St. Kitts before St. Kitts attacked Anguilla.

On the other hand, the sole objective of the prominent Kittitian politician was the removal of Premier Bradshaw. To this end, he thought it expedient to use the ‘armed might’ and revolutionary fervour of the Anguillian people to assist him. It was not difficult for him and Webster to join forces because both of them had goals, which, they envisaged, could be accomplished by defeating their common enemy: Bradshaw. 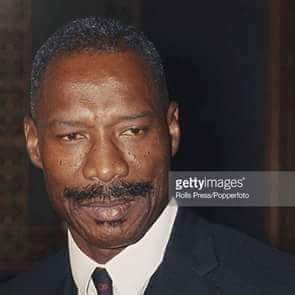 Detailed plans for the attack were worked out in Anguilla, St. Kitts and St. Thomas, United States Virgin Islands. They were fine tuned in Anguilla.

The authors quote Clarence Rogers: “[The prominent Kittitian politician] discussed the details … with me again in Anguilla around 7th June. He came by mother’s house, in East End, between 6:30 pm and 7:00 pm, where he sat on her bed and drew a plan showing where the men should land and the places to attack.”

Whilst in Anguilla, the prominent Kittitian politician also discussed the plans with Joshua Gumbs who claimed: “At about 10 o’clock one morning in early June 1967 [he] passed by Lewis Haskins machine shop, in Corito, where I was doing repair work on some engines and asked me to captain the boat which was to take the men to carry out the attack on St. Kitts.” Joshua declined. In his words: “I said Doc, I am very sorry. What we did, we did it [the Revolution] for Anguilla. If the Kittitians want the Government out, they must do it themselves. I am sure that the Kittitians wouldn’t want us up there to shed their blood.”

The plans included capturing Bradshaw and his deputy, Paul Southwell, and taking them to Anguilla; the announcement by Ruby 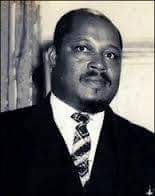 As part of their preparations for the attack, several of our men underwent shooting exercises at Junks Hole Bay. United States mercenaries conducted the exercises. According to Ruby Gumbs the prominent Kittitian politician remarked: “If the boys continued to shoot the way they were doing at Junks Hole, with the help of the PAMites in St. Kitts, they can overthrow the Government in St. Kitts.”

The June 10, 1967 event was mentioned by prominent Kittitian historian, the late Sir Probyn Inniss during his feature address at an annual Service of Thanksgiving to honour fallen Labour stalwarts.

Sir Probyn said that despite the armed attack to overthrow the lawfully elected government of then Premier Robert Bradshaw, the St. Kitts-Nevis-Anguilla leader remained strong and resolute.

“I was in awe of the physical and moral courage of this gentleman (Bradshaw). Both his moral and physical courage were tested sorely in the wake of 10th June, 1967. Because when details of the plot were revealed, it turned out that he (Bradshaw) was, to be humiliated, put on trial and eventually killed,” Sir Probyn told a packed congregation at the annual Requiem Mass held in the St. Paul’s Anglican Church to pay tribute to late stalwarts of the Labour Movement. 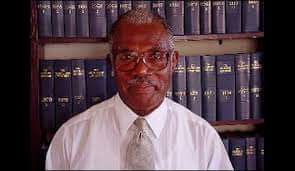 Sir Probyn, Senior Partner in the Law Firm, Inniss and Inniss, proffered that a crisis of this magnitude would have destroyed a lesser man.

“Nevertheless, Mr. Bradshaw remained strong and resolute. It is the measure of the man that he was able to put all of these traumatic events behind him and chart a course towards Unity in the society,” said Sir Probyn, a former Governor of the State, who served as Permanent Secretary, Crown Counsel and Teacher.

Photo 1 – The Democrat newspaper of Saturday June 10, 1967 declaring Monday June 12, 1967 FREEDOM DAY in anticipation of the success of the coup attempt