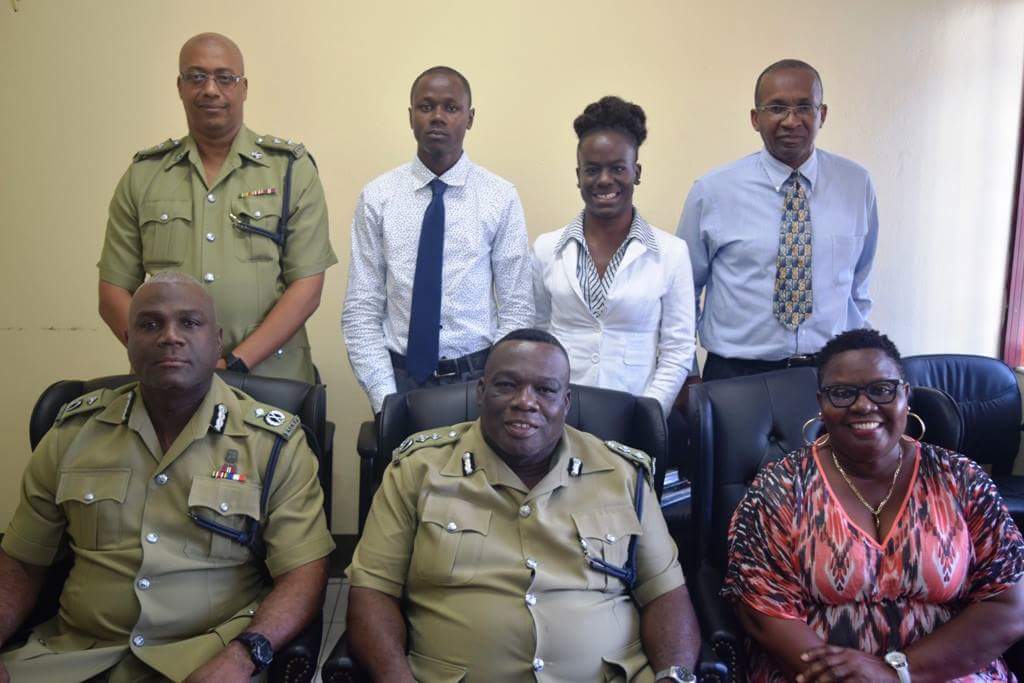 Basseterre, St. Kitts, April 16, 2018 (RSCNPF): Kurth Daniel and Conston Rogers became the newest members of the Royal St. Christopher and Nevis Police Force after being sworn in recently. The two took the oath in the presence of Deputy Commissioner of Police (DCP), Hilroy Brandy, Assistant Commissioners of Police Terrance James and Merclyn Hughes, and Commander at the Police Training Complex, Eldrin Dickenson. The short exercise was facilitated by the Force Personnel Officer, Clifford Govia.

After taking the oath, Daniel disclosed that he knew it was not going to be an easy job, but said that he was up for the challenge.

“I know the crime rate is up and down, but good always wins in the end. We just have to keep our heads on and stay focused,” said Daniel.

Rogers, who has three family members who are currently serving and have previously served as Police Officers, assured that she would put her best foot forward.

“I don’t want to disappoint myself or my family, so I will give it one hundred percent,” Rogers said. 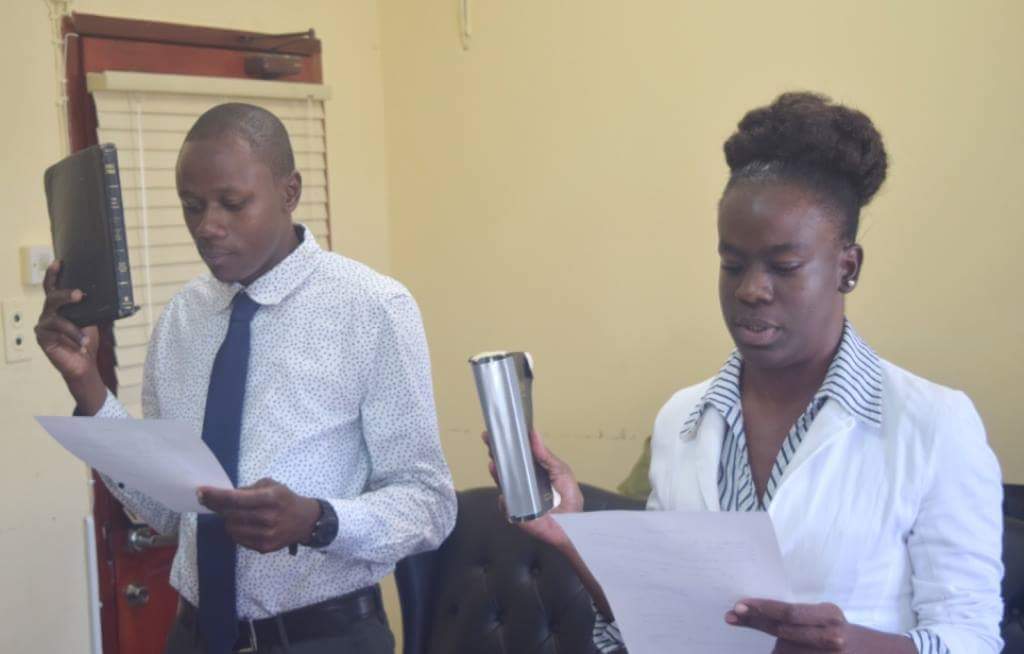 Deputy Commissioner Brandy expressed his happiness with their decision to join the organisation and congratulated them for coming forward to serve their country. However, he advised them that their roles in society now needed to change.

“I want you to know that as of today, you are no longer normal citizens. Your status has now changed. As Police Officers you need to conduct yourselves in a particular way to show that you respect yourselves, your fellow Officers, your communities and your country,” the DCP warned.

He informed them that when they reported for duty, they were expected to be on time for work as punctuality was important to their success. DCP Brandy also added that plans were being made to begin training soon and told the new recruits that they could expect to be a part of that course when it begins.

Assistant Commissioners of Police, James and Hughes joined Brandy in welcoming the young constables to the Force and gave them words of encouragement, as well as advice on how to be successful in their new careers.