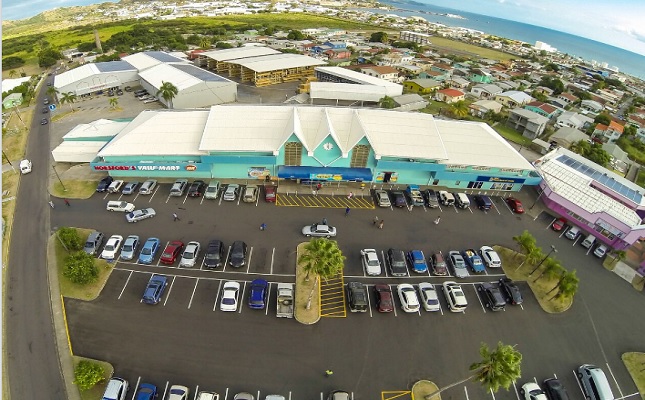 Company chairman, W. Anthony Kelsick in his report to shareholders said the overall result was less than the record year of 2016 which registered declines in Income before and after taxation, basic earnings per share, turnover or group sales and also a decline in all segments of its operations.

Mr. Kelsick reported at the recent Annual General Meeting that Income before taxation of EC$13.3 million was a decline of EC$2.8 million or 17.46% versus 2015.

“The Turnover or group sales for 2017 were EC$148.9 million in 2017 compared to EC$158.7 million for 2016, a decline of EC$9.7 million or 6.16 percent. This decline was experienced in all segments of our operations; however, this was largely due to a decline in the automotive sector of 20%. The decline in the automotive sector was due to increasing competition from imported used vehicles as well as a saturation of vehicles in the market,” said the annual report.

“This decline was due to decreased demand for products produced by our joint venture company, St. Kitts Masonry Products Ltd, a trend which started in 2016.The performance of this company was particularly disappointing in 2017,” said the report.

The company disclosed that the group’s lands and buildings were revalued on 20 September 2016 and the revalued amounts recognised at the beginning of the 2017 fiscal period, creating a net surplus after related taxes of EC$4 million, resulting in a Total Comprehensive Income of EC$12 million for 2017.

The company said the outlook for 2018 is for similar results as experienced in 2017.