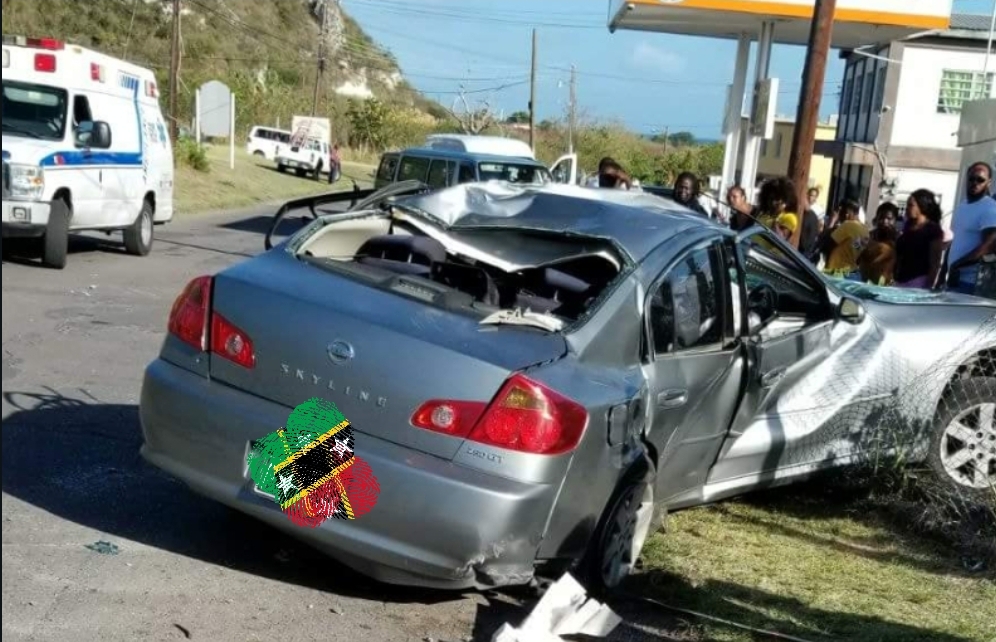 SKN PULSE – Traffic officials and EMS were summoned to Sandy Point earlier today as they searched for clues to determine the cause of an accident that left one person dead and another injured, (critical).

The accident occurred on the island Main Road just above the gas station in Sandy Point.

At around 4pm, motor-vehicle P9122 which had two occupants, was driving in the direction of Newton Ground when the driver lost control and crashed into a metal pole in close proximity to the gas station.

Soldier, Pte. K.D. Pemberton of the St. Kitts and Nevis Defence Force was ejected through the windscreen and was pronounced dead on the scene.

The other occupant is in critical condition at the Joseph N. France Hospital.

An official release from the Police Public Relations Unit wasn’t forthcoming up to press time.