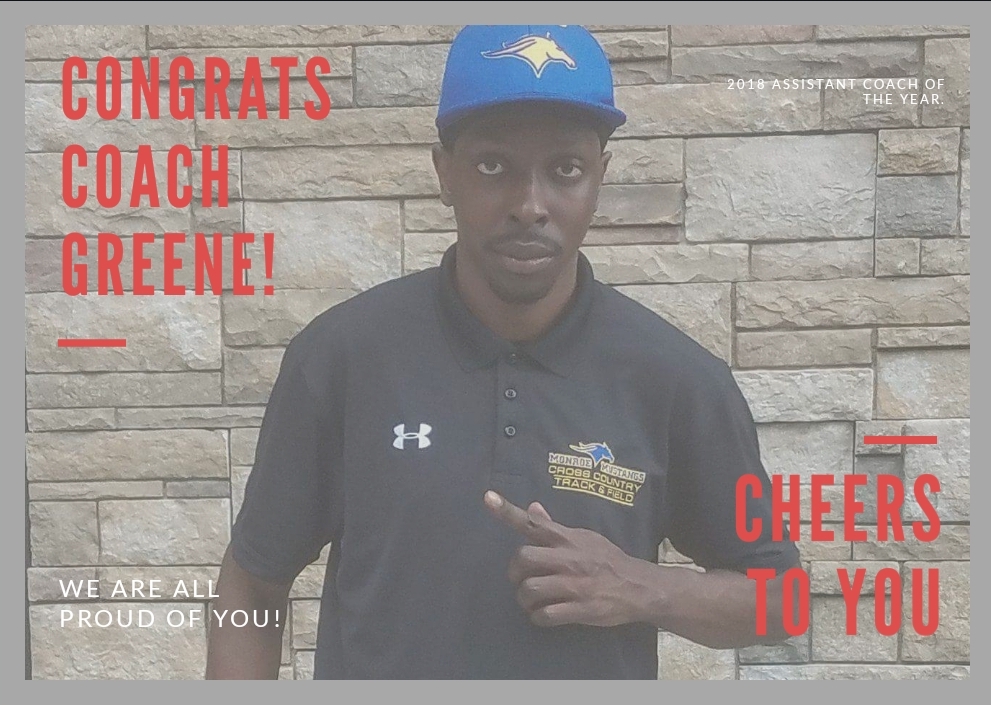 Greene, a middle distance and long distance coach at Monroe College assigned to the Monroe Mustangs Track Team is the 2018 receipent of the Regional Assistant Coach of the Year award for the 2018 NJCAA DI Outdoor Season.

Relieved that the season ended on such a high note, Greene stated that, “the athletes executed: the hard work, the will to presevere and the team work made all of this possible”.

We extend congratulations to Mr. Greene and his colleagues for their consistency and continued success year after year.