SKNFA to look at changes to Final Four Playoffs 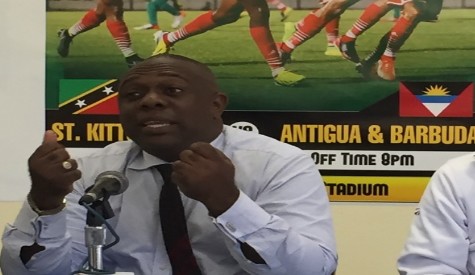 Now that the National Bank Premier League has ended, the St. Kitts Nevis Football Association (SKFNA) will be looking at the current playoff format in a bid to make changes going forward. That’s according to President of the SKNFA Anthony Johnson. Speaking to the media shortly after the Rams Village Superstars clipped the 2018 Premier League title last Wednesday, Mr. Johnson said that after over 20 years, it is time to look at the format of the playoffs to make adjustments. “One of the things that we will be doing is looking at having a review of not only of the Premier League and the other leagues, but the Final Four competition. It has been in existing now for practically 20 years without any changes being made to it and we believe now is the time for the possibility of changes,” Mr. Johnson said.

Looking back at the 2018 season, Mr. Johnson pointed to the competitive nature of the matches, especially the playoffs. “The season had its ups and downs but I think all in all, it was a very good season. I believe that there is still some work to be done and at the end of the season, we will be reviewing in a bid to improving for next season,” the SKNFA President noted.

I think that they are deserving champions and must congratulate them. Also in the same breath I must say commiserations to SOL IAS Conaree because they put up a real, hard fought performance over the last two games and it is a pity that only one team can win. I think it bodes well for football in St. Kitts and Nevis,” Johnson said. He thanked the sponsors St. Kitts Nevis Anguilla National Bank for their support and the fans for supporting the league. The focus now is to look at preparing for the CONCACAF Nations League, with the first match being in September.

Rams Village Superstars won the National Bank Premier League on Wednesday after defeating SOL IAS Conaree F.C. in Game two of the Best of Three Finals Series 3-1. Village had previously won Game One 5-3 on penalties after both teams ended regulation and extra times with a 0-0 score line.