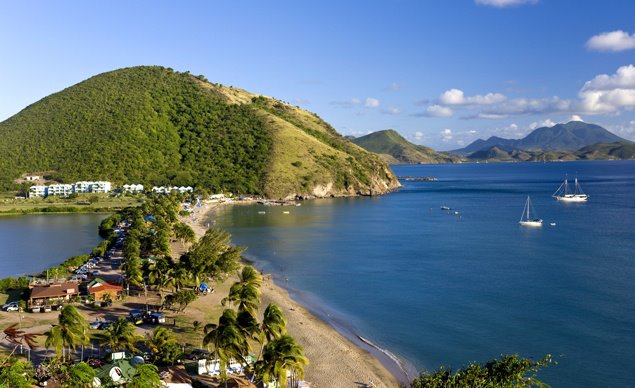 Photo – The Strip at Frigate Bay

Basseterre, St. Kitts, April 8, 2018 – The Timothy Harris-led Team Unity Government has launched an all-out attack on the small bar owners, who ply their trade on The Strip.

As a result of the policies of the St. Kitts-Nevis Labour Party (SKNLP) administration of former Prime Minister the Right Hon. Dr. Denzil L. Douglas, The Strip, over the past 23 years has become an internationally-known entertainment night spot.

Now the Minister of Tourism, Hon. Lindsay Grant and Mr. Sleigh Buncamper, his close friend who manages the Frigate Bay Development Corporation (FBDC), have devised a diabolical plot to move the local bar owners from The Strip.

The newly-appointed General Manager, in an effort to drive out the local bar owners, has given notice of a significant increase in the rent of their establishment – a livelihood to several of them and their employees.

“It is all an effort to take away the businesses from the local small man and give it to their friends, family members, and expatriate entities like the St. Kitts Yacht Club,” said an individual who is well aware of the diabolical plan.

After 11 years on The Strip, Buddies Beach Bar hit with a EC$2,500 monthly rent