SPORTS: TYQUAN ROGERS ADVANCES TO DIGICEL NBA EXPERIENCE TO BE HELD LATER THIS YEAR IN THE UNITED STATES

Young Tyquan returned to the Federation a happy camper. Having successfully advanced to the Digicel NBA Experience to be held later this year in New York, (United States), he can truly say that his hard work and determination has paid off. 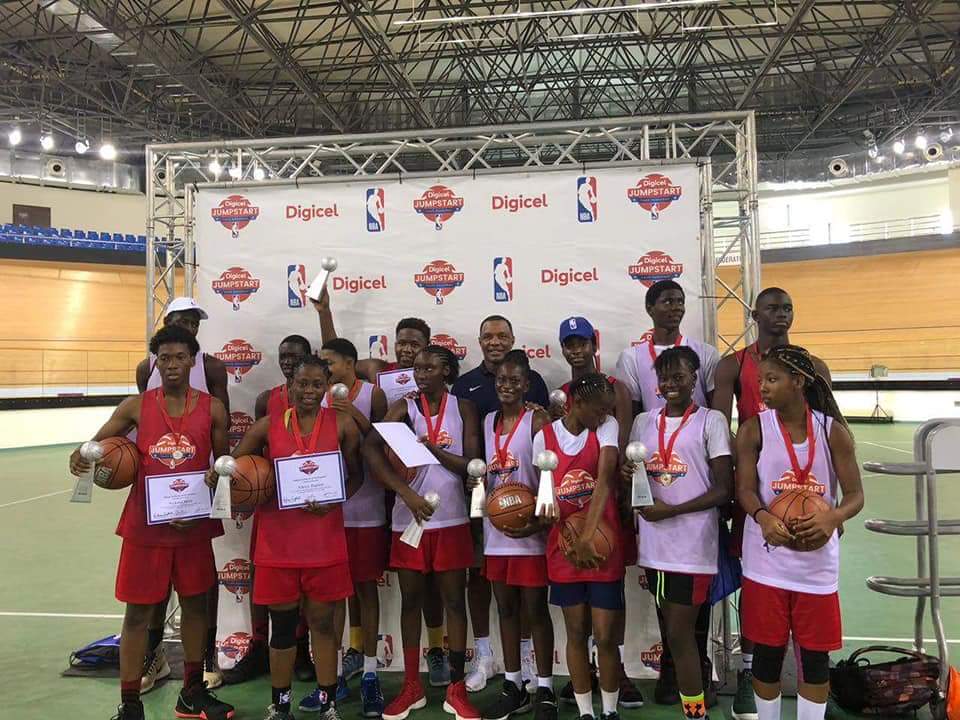 The young Junior point guard joins 14 other youths who have been selected for the NBA Experience. 8 boys and 6 girls of which four (4) are Antiguans and Rogers being the Kittitian ambassador completed the Digicel Jumpstart Elite Camp held in Trinidad over the weekend where they had the opportunity to interact and learn about sportsmanship and skills from NBA Coach, Alvin Gentry of the New Orleans Pelicans.

According to reports, Tyquan has tremendous potential and has worked hard to earn his place as one of the top young talents in St.Kitts. Being selected for the NBA Experience is a feat he will remember for years to come.
We join with the scores of supporters in congratulating our rising star, Tyquan Rogers.