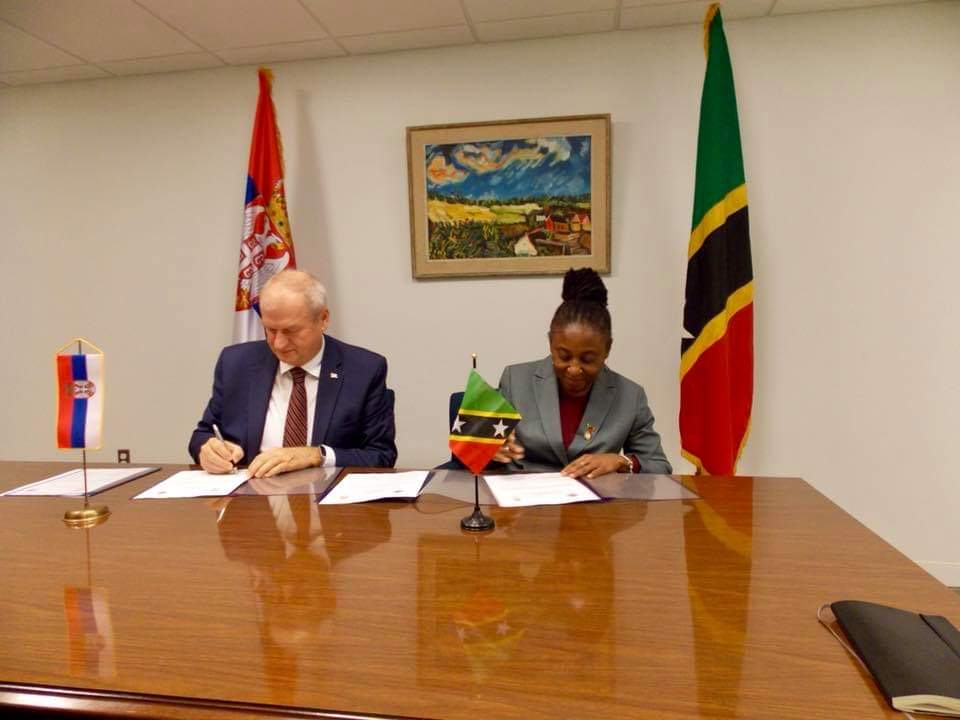 This historic event is in keeping with the vision of the Government of St Kitts to expand its diplomatic footprint among nations and peoples far and near in an ever more interconnected world. 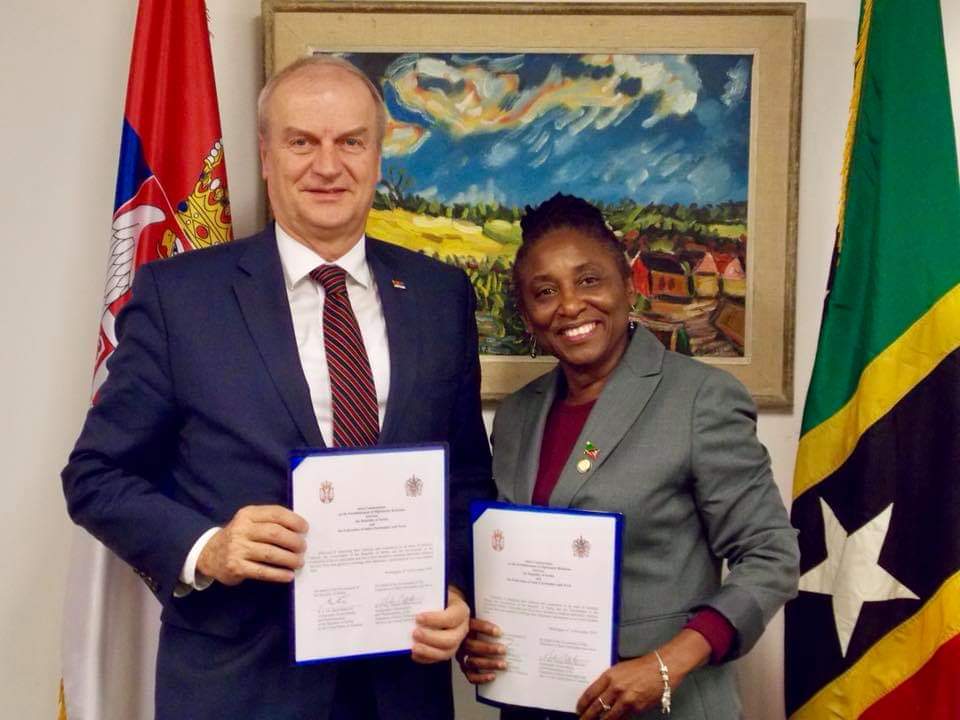 Formerly a part of Yugoslavia and now a United Nations member country, the Republic of Serbia with its 7 million inhabitants, is strategically located between southeastern Europe and the Balkans.

Signing on behalf of the Republic of Serbia was Ambassador Extraordinary and plenipotentiary to the US, H.E. Mr. Đerđ Matkoić while his counterpart H.E Thelma Phillip-Browne, signed on behalf of the Government of St Kitts and Nevis.