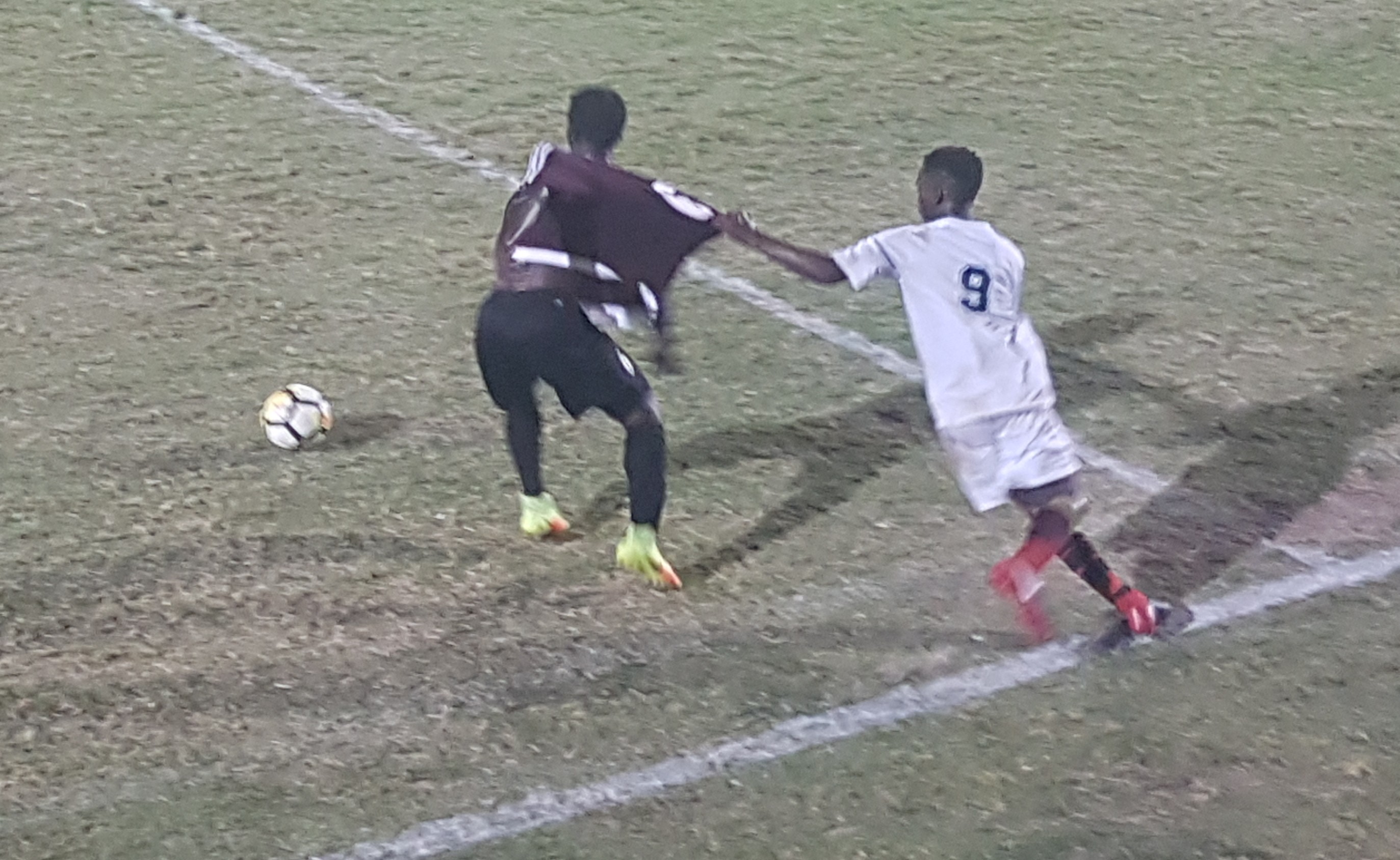 Elco Ltd. St. Peters F.C. and S.L. Horsfords St. Pauls United both registered wins in the National Bank Premier League on Saturday night after the long Easter break. St. Peters disposed of TGE Dieppe Bay Eagles 3-0, with two of those goals coming in the dying moments of the game.

St. Peters’ Coach Asim Jenkins said the Easter break helped his team to gear up for this match, but it had its cons as well. “The rest period was good and bad at the same time because we lost some momentum in terms of the game play but in terms of rest, it was good time off for the players,” Coach Jenkins said.

Coach Shavon Douglas of Dieppe Bay criticized his players’ lack of focus and stressed this needed to change if they are to perform better in the third and final round of the season. “My focal point is for every game for us to come out and be as competitive as possible because on any given match day, any team can win…who executes game plan the best wins,” Coach Douglas said.

In the second match of the night, S.L Horfords St. Pauls was only able to eke out a 1-0 win versus St. Thomas Trinity United, courtesy of a second half goal from Jovaughn Leader in the 64th minute. Despite losing, St. Thomas defended well and created opportunities but fail to put them away.

Coach Austin Huggins of St. Pauls said he was hoping his team would score more goals in this match but is happy with the win. “I think we were able to dominate the whole 90 minutes. We didn’t get any threat from (St. Thomas/Trinity). I expected them to be a little more tactical against us to day. First half they were trying to frustrate us a bit but our game plan was to play and try to get the ball around them…unfortunately we did not get as much goals as we wanted to score,” Coach Huggins said.

Coach Roger Hendricks of St. Thomas Trinity United said his team had a strategy to contain St. Pauls. “The strategy was to eliminate the cross from them because that is their strongest point,” he said. The premier league continues this Wednesday at the Warner Park Football Stadium.