Special Olympians of St. Kitts and Nevis competed in a Bocce tournament yesterday, Thursday 3rd, May. The event was hosted at the Cecly Browne Integrated School, (CBIS), in Nevis.

Before the event got on the way, a brief opening ceremony was held, ably chaired by Mrs. Judy Rawlins.

Addresses were made by the Director of Sports, Mr. Jamir Claxton and PS in the Ministry of Social Development/Sports Mr. Keith Glasgow, (Officially declared the event open) while Mrs Sonia Williams and Mrs. Clarice Cotton delivered the invocation and vote of thanks respectively. 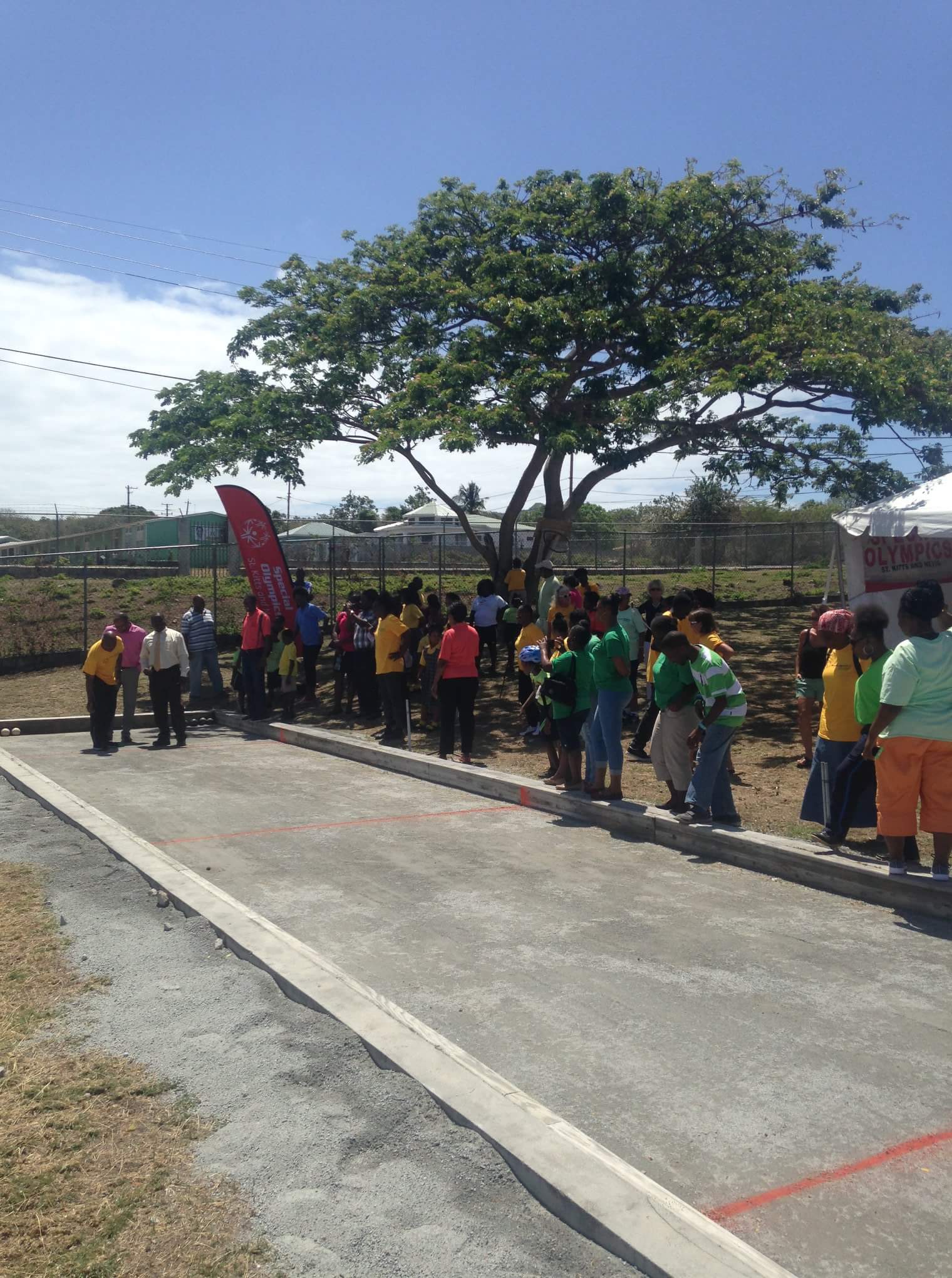 Photo Caption: A bowl off between PS Glasgow and Sports Director, Jamir Claxton served as pre entertainment before the actual competition began.

The complete results were as follows:

At the end, medals were presented to all participants.