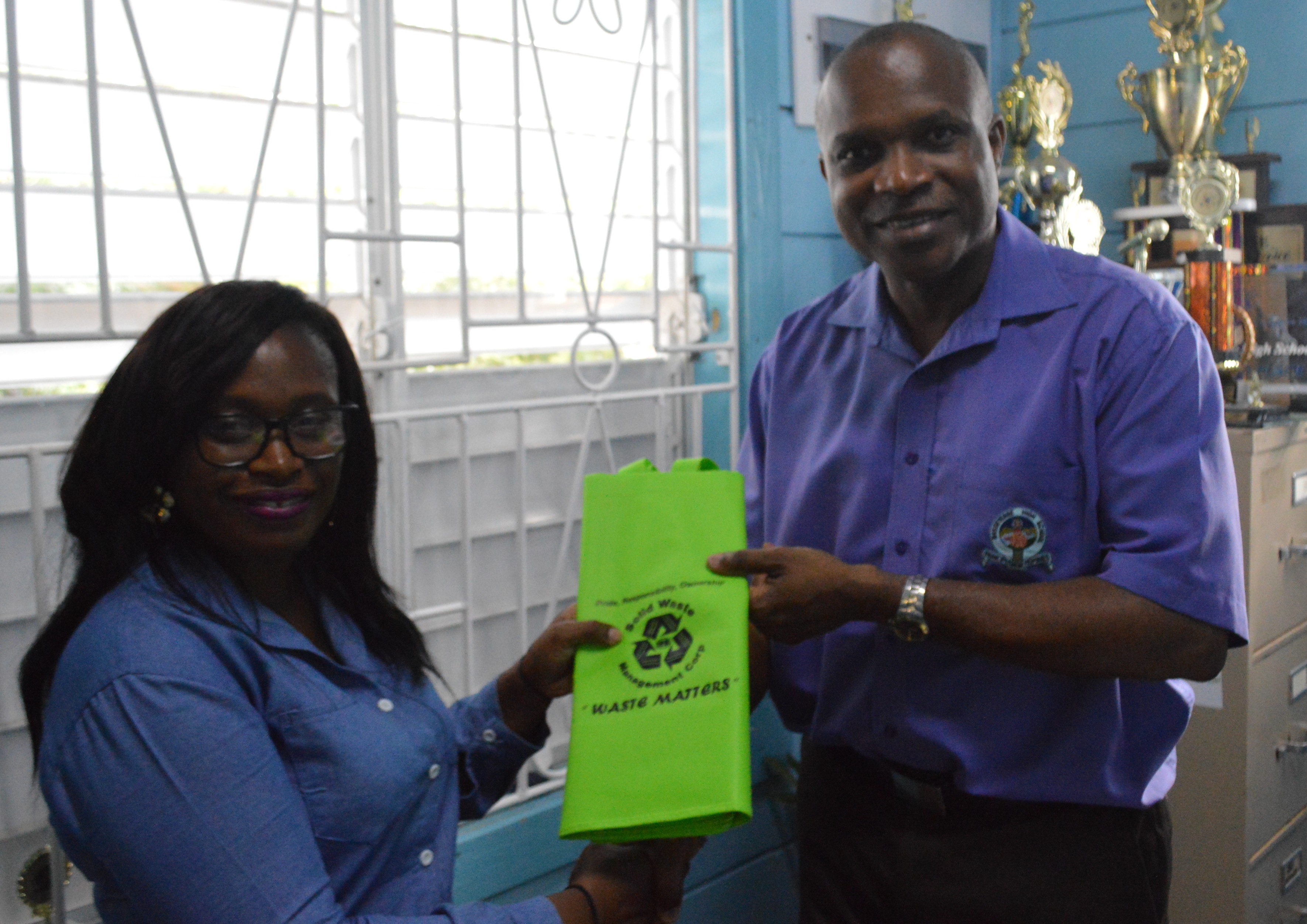 The St. Kitts Solid Waste Management Corporation (SWMC), on the occasion of World Earth Day observed on April 22, made a presentation to the Basseterre High School recently. This is part of an initiative to promote the separation of waste where plastic bottles would be disposed of in a separate receptacle than regular garbage disposal bins. Tyasha Henry, Collection Officer at the SWMC made a presentation of an SWMC branded reusable bag as a symbolic gesture to that initiative to
Mr. Maurice Benjamin, Principal of the Basseterre High School recently. “We are advising everyone at the schools to put their PET bottles in a certain bin which would be situated at the school. We are also encouraging the children to re-use their water bottles…and continue saving space at the landfill.

Mr. Benjamin in reply commended the SWMC on this initiative. “It’s a good idea to save the space at the landfill. At the school we have already started the bottle initiative and we look forward in working with (the SWMC) on this project,” he added.

The initiative to help promote the separation of trash disposal, is part of an initiative undertaken by Ms. Henry and the SWMC, after she returned from a waste disposal training in Japan last year. The initiative is being piloted also with the Sandy Point High School and Beach Allen Primary School.