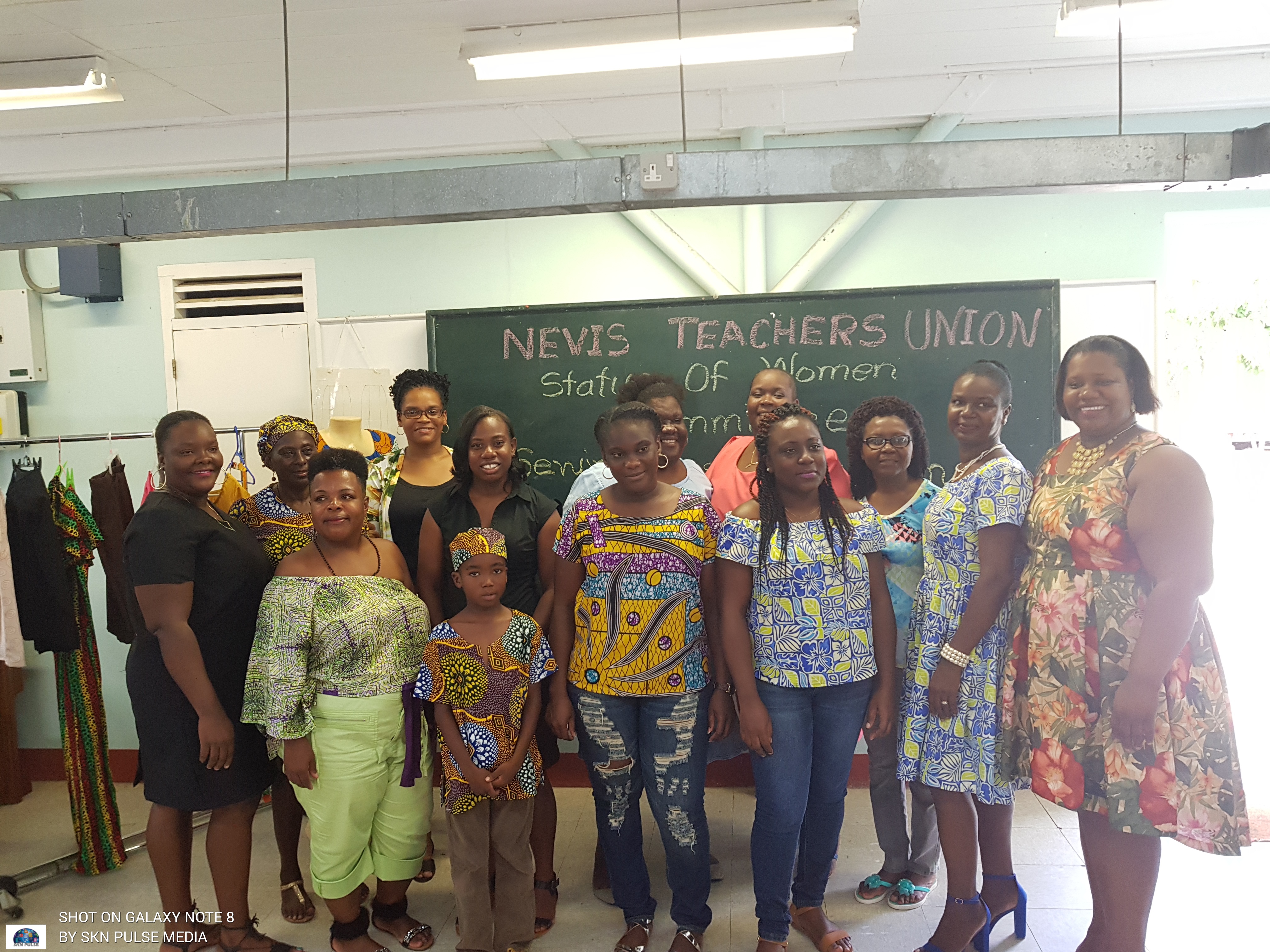 Charlestown, Nevis – “They believed they could, so they did” – A small group of teachers on Nevis are the recipients of certificates after completion of the Nevis Teachers Union Status of Gender Committee Level 1 sewing class.

At a brief closing and display ceremony held at the Clothing and Textiles room at the Gingerland Secondary School earlier this morning, participants displayed their work and were presented with their Certificates by NTU President, Ms. Tricia Williams. 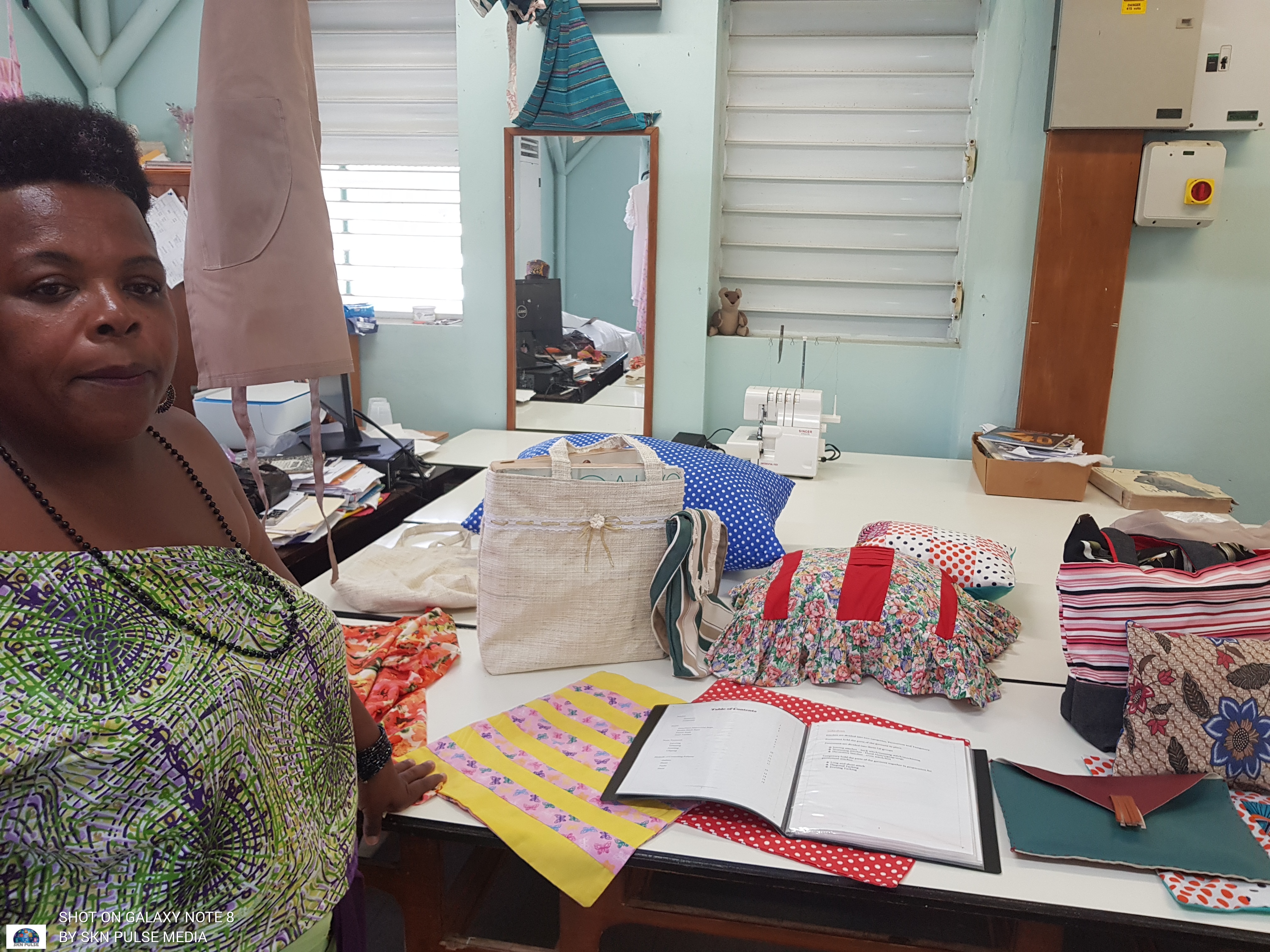 The ceremony was chaired by Philicia Walters, (Chair of the Status of Gender Committee) with the opening prayer by President of the Nevis Teachers’ Union Tricia Williams. Remarks were given by Facilitators Cavell Mills and Mavis Parris, who guided teachers through sewing classes from February 14th through to June 6th at GSS and CSS respectively. Student Remarks were presented by Carol Liburd Ward.

Ms. Parris in her remarks, outlined the scope of works that were undertaken, at the onset she stated, “it was a tumultuous journey”. She revealed, “teachers couldn’t thread a sewing machine” nor did they know one end to another of a sewing machine. Hence, the machine was left unthreaded, as they begain by sewing paper. As they gradually mastered that, they made cushions, aprons and then moved on to garments. Mavis said, while they were amazed at my evil tongue”, students were able to dress their homes and their selves.

She added, “the empowerment of women is for saving money”, she said, “in Clothing and Textiles there is no differentiation”. Parris said to the Teachers, “take your salary out of a coma, nothing worth having comes easy.” Ms. Parris thanked teachers for putting up with her.

Ms. Mills on the other hand was thankful for the opportunity to lend her expertise. She stated, “it was one of my first classes to adults.” Feeling a little bit uncomfortable to start off, Ms. Mills said that the objective for her group of teachers was “to learn the skill to help themselves at home.” As a Textiles and Clothing Fashion teacher at the school, she said, “I am available if more assistance is needed.” Mills thanked tachers for their patience and for showing up. 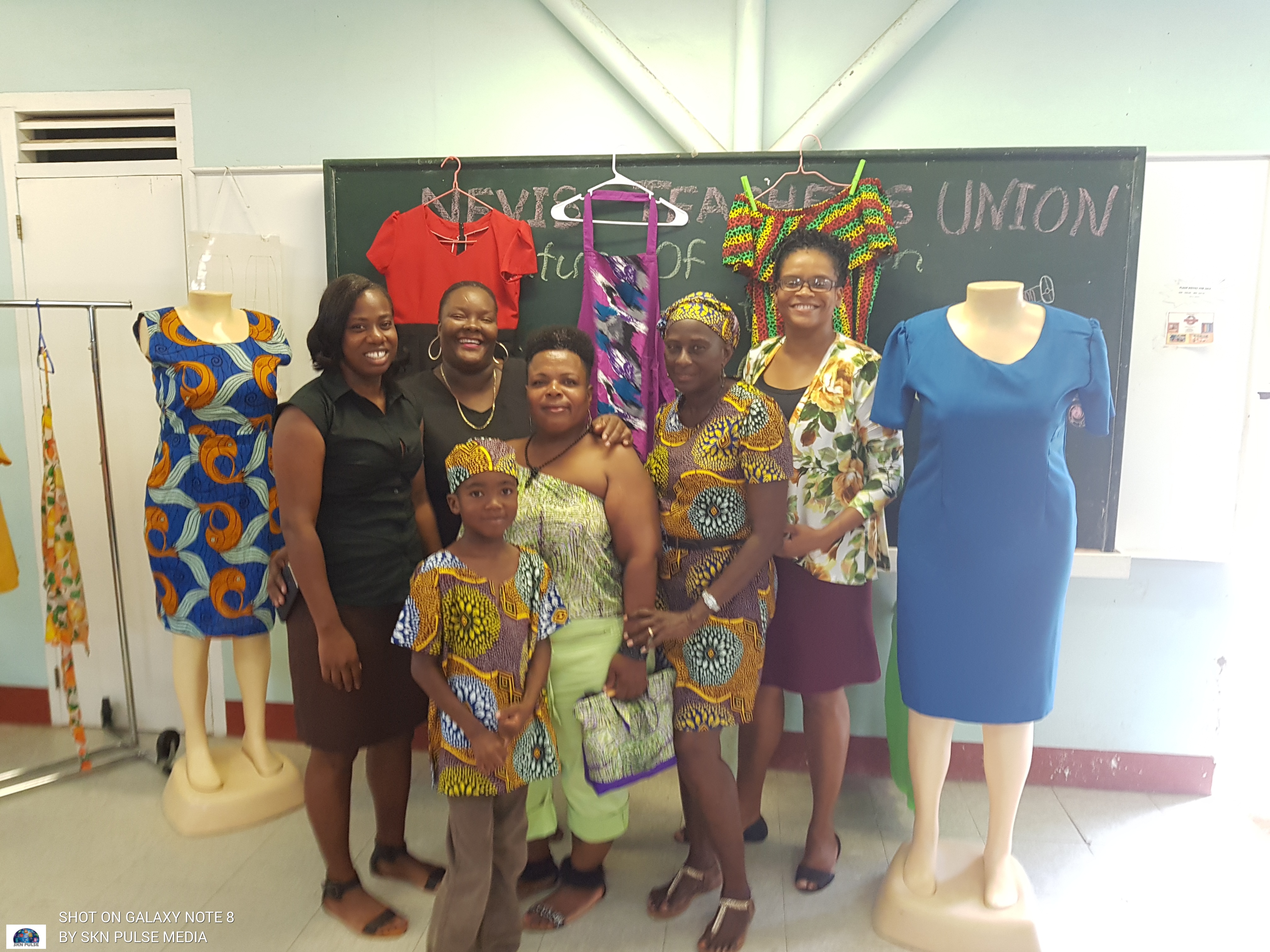 Photo Caption: Facilitator Mavis Parris and her Charlestown Group with their work display.

The teachers were students for two and half months; they echoed sentiments such as “she was rough on us”, “she is tough”… my sewing skills improved, the class was informative. Carol Liburd, speaking on behalf of the Charlestown group said, “what we were able to do in a matter of weeks was phenomenal.” 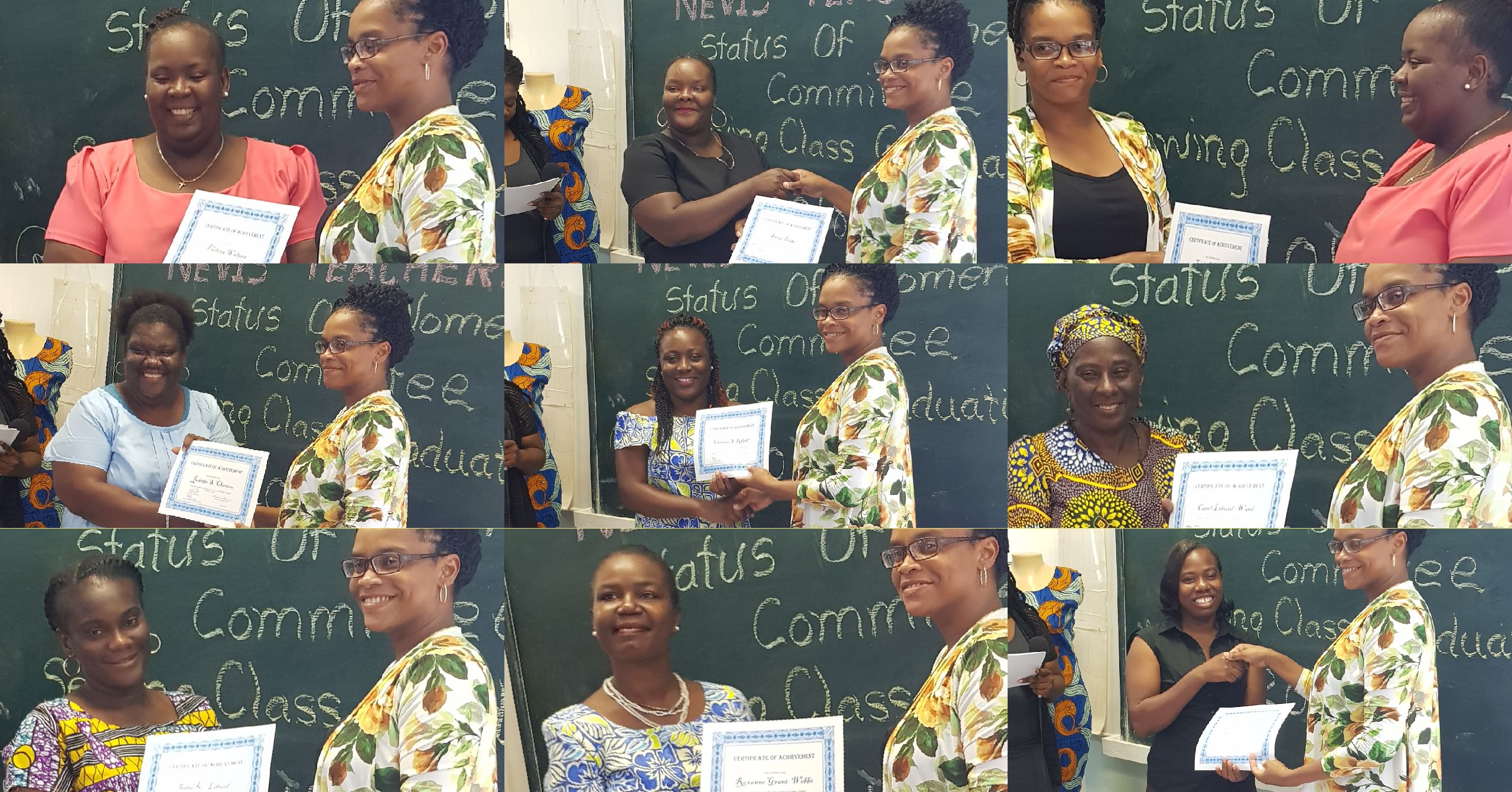 Distribution of Certificates were done by Tracia Chapman and assisted by NTU president, Tricia Williams.

The vote of thanks was rendered by Ms. Tiana Liburd.

In attendance was the immediate past president, Ms. Ornette Webbe.

The Nevis Teachers’ Union through its President and Committee are calling on Members to show an interest in the activities that are being organized to empower them.