BASSETERRE, ST. KITTS March 8th 2017 – Although wishing all women in St. Kitts and Nevis a Happy International Women’s Day, Chairperson of the St. Kitts-Nevis Labour Party (SKNLP), Hon. Marcella Liburd slammed the Team Unity Government for its continued victimisation of women and called upon the Prime Minister, Gender Affairs minister and the Deputy Speaker to condemn the social media attacks on targeted women.

In a brief statement to mark the international event, Ms. Liburd, an elected member of the St. Kitts and Nevis National assembly praised the hard work of women who work in the light manufacturing hospitably and social services sectors.

“Happy International Women’s Day to those women who work so hard on the industrial estates, in the hospitality sector, in the businesses as cashiers and clerks, and small business women, single mothers and care givers and who have worked tirelessly in the building of our economy and country over the years and on whose shoulders we all stand today,” she said on Wednesday’s edition of Issues. 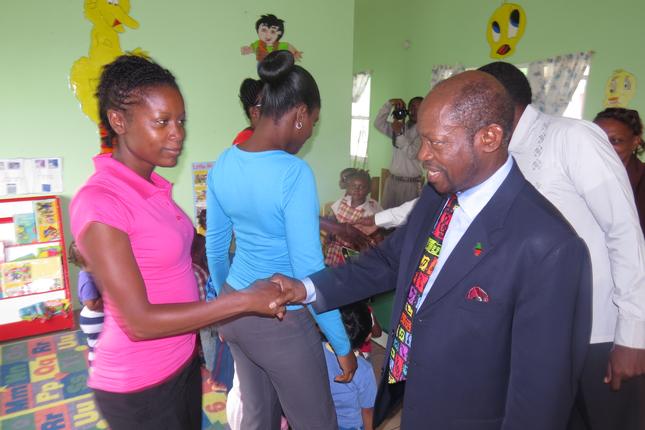 Women in the public and private sectors were also saluted on this special occasion.

Ms. Liburd, a former Speaker and Deputy of the St. Kitts and Nevis National Assembly noted however that while the event is used to celebrate the achievements of women in St. Kitts and Nevis, the theme this year focuses on the world of work.

“It guarantees the right of every woman to decent work and job security,” said Ms. Liburd, a former Minister of Social and Community Development who lamented the removal of several programmes that assisted single and working mothers by the Team Unity Government led by Prime Minister Dr. the Hon. Timothy Harris that empowered women and their families.

She lamented the vicious and widespread victimisation in several forms of women and the dismantling of the Women in Small Enterprises (WISE) programme that helped women in micro and small businesses with a part grant, part loan interest programme.

“We established Women in Construction under the People Empowerment Programme (PEP) to give women the opportunity of wider career choices and greater financial income to provide for their families. We also provided support services like the REACH programme which provided financial assistance in their pursuit of tertiary-level education and the one to one lap top computer programme for all high school students,” she noted.

“Job security is no longer enjoyed as a result of the vicious attack on over 200 young women who have either being sent home, disrespected, demoted, harassed, terminated  by this government at all levels from the positions ranging from Permanent Secretaries to cleaners,” said Ms. Liburd, the Parliamentary Representative for St. Christopher 2 (Central Basseterre).

Ms. Liburd condemned the breach of the fundamental rights of women that have led to an erosion of the quality of life of women and their families.

She further condemned the Team Unity Administration for what she described as “a government that assassinates the character of women in its effort to intimidate them and silence them.”

Ms. Liburd pointed a finger at Prime Minister Harris of launching an attack a female journalist “in an effort to intimidate her and shut her up.”

“I hope she stays strong as we must have freedom of the press,” said Ms. Liburd, who accused government operatives of being behind fake personalities on FaceBook who post the most vulgar things about women who are the targets of their attacks,” said Ms. Liburd, who made another call on Prime Minister Harris, Junior Minister of Gender Affairs, Sen. Wendy Phipps and Deputy Speaker Sen. Akilah Nisbett “to disassociate themselves from these vulgarities and indignities that are being heaped on the women of this country.”

“They have chosen not to as they are all part and parcel of this plot. They endorse it fully,” said Ms. Liburd, an attorney by profession.