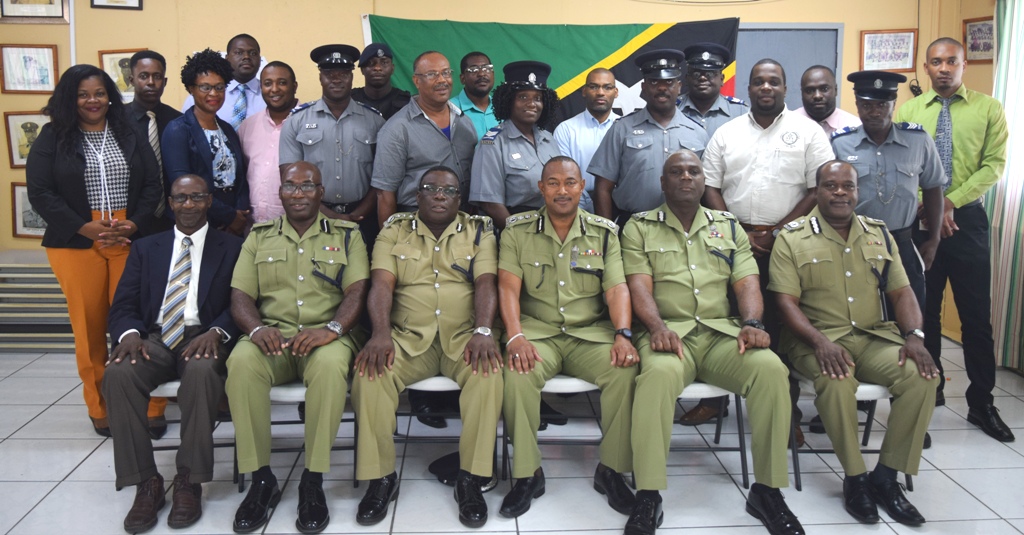 Basseterre, St. Kitts, July 26, 2018 (RSCNPF): Twenty-one Police Officers have been confirmed in their ranks retroactive from the date they began acting in the position.

The confirmation for eleven (11) Corporals took effect from September 01, 2016 and from August 01, 2016 for ten (10) Sergeants. Their letters were distributed at the end of a meeting between the Police High Command and Senior Police Officers (SPOs) on Thursday, July 25 at the Police Training School. 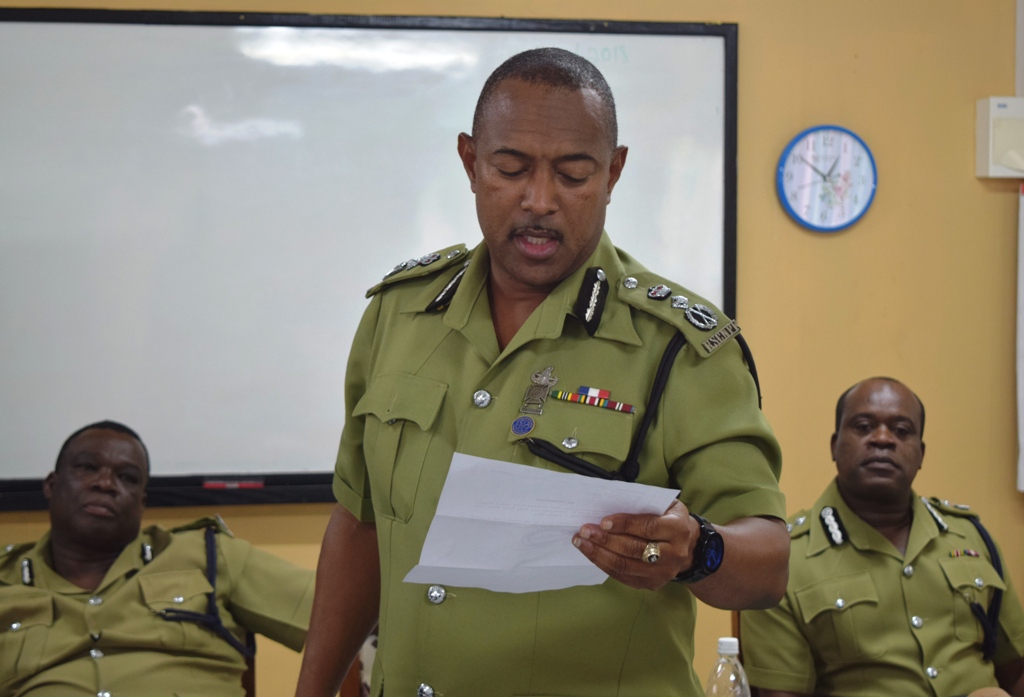 In the letters, Commissioner of Police Ian Queeley, wrote ‘On behalf of the High Command and on my own behalf, I wish to extend heartfelt congratulations on your confirmation. I look forward to your continued positive contribution to the growth and development of the organisation.’

Commissioner Queeley stressed the important role of SPOs within the Police Force.

“They are a very integral part of the functioning of the organisation because they are the buffer between management and the Constables. Supervision has always been an issue in the Force and that is one of the issues we are currently addressing in order to improve the efficiency of the organisation,” Commissioner Queeley said.