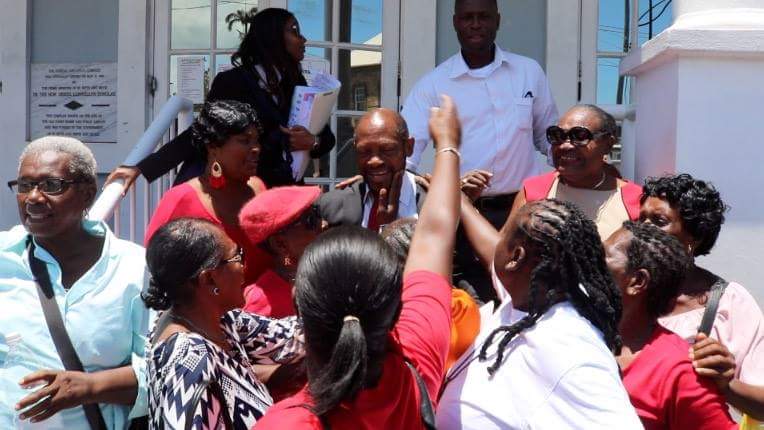 The coalition administration of St Kitts-Nevis headed by Prime Minister Dr Timothy Harris continues to piddle away taxpayers’ hard-earned dollars in innumerable ways. This was clearly demonstrated at today’s court hearing on Cuthbert Mills’ attempt to combine his case filed against Dr Douglas with that which was brought by Attorney General Vincent Byron also against Dr Denzil Douglas.

While Mills’ attorney, Anthony Ross, argued that provisions in the National Assembly Elections Act permit for the combining of cases challenging an elected parliamentarian’s eligibility to sit in Parliament, one of Dr Douglas’ attorneys, Mrs Angelina Sookoo-Bob, argued that the Constitution of St Kitts-Nevis does not provide for such an occurrence. Mills’ attorney attempted to counter-argue by saying that the National Assembly Elections Act should not be trumped by the Constitution as that, according to him, “could lead to anarchy.”

Attorney Sookoo-Bob was keen to remind Attorney Ross and the government’s other attorneys seated with him that the Constitution of St Kitts-Nevis is the highest law of the land.

At this critical juncture, the court recessed for thirty minutes.

Yet another way in which the government is proving that ‘squandermania’ is its hallmark is by the addition of yet another foreign lawyer to its team. Sitting on the government’s team of lawyers this morning was another young attorney reportedly from Canada.

She is the second foreign attorney that the government has apparently enlisted to aid in fighting their frivolous case against Dr Douglas. The first one was also present at the May 30th hearing.

Campari Impresses with Pop-up Mixer on the Avenue