Basseterre, St. Kitts, May 7, 2018 – It was a carnival-like atmosphere Monday as leaders of the St. Kitts-Nevis Trades and Labour Union and the St. Kitts-Nevis Labour Party led thousands of workers and supporters through the streets of Basseterre to mark the 63rd annual celebration of Labour Day in the twin-island Federation.

The crowd estimated by independent sources of between 4,000 to 6,000, marched, walked or followed close the marchers, many of who carried messages on placards. 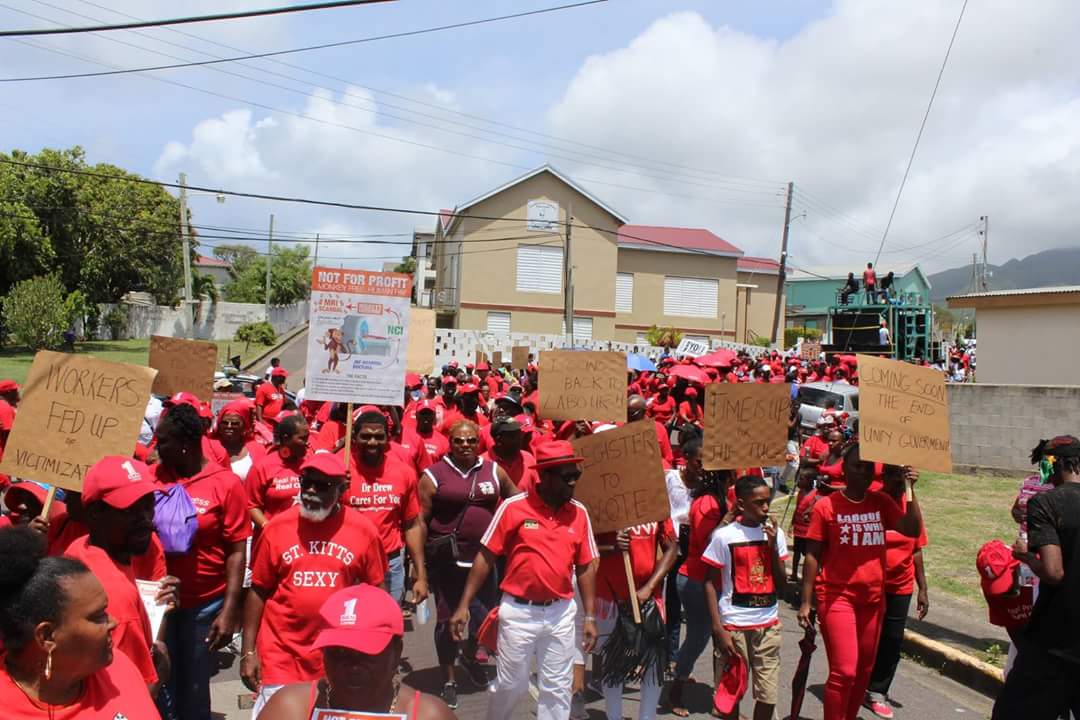 The March started shortly after 11 am following a breakfast and a gospel rally with visiting Vincentian gospel artiste and cultural ambassador, Bridget Blucher who sang several well-known songs including severaher just released album.

AUTOPSY PERFORMED ON THE BODY OF SERGEANT DAVIS