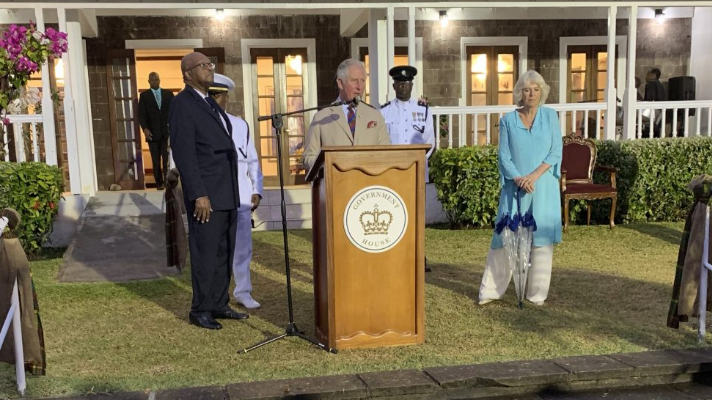 Basseterre, St. Kitts – His Royal Highness (HRH) The Prince of Wales has announced Postgraduate Commonwealth Scholarships to mark the 70th anniversary of the modern Commonwealth and in recognition of his own 70th birthday.

Born on November 14, 1948, Charles Philip Arthur George is the eldest child of Her Majesty Queen Elizabeth II and heir apparent to the British throne.

Speaking at a reception at Government House, in St. Kitts, The Prince said:

helping young people achieve their potential is something for which he has always been minded, and it is for this reason that he started The Prince’s Trust 43 years ago.

The Prince of Wales believes it is important:

To give young people the skills, the confidence and the self-esteem to achieve their potential whether by equipping them for employment or by empowering them to start their own businesses.

Twenty, (20) scholarships will be offered over a three-year period for postgraduate applicants from any Commonwealth nation. The initiative will commence later 2019, with the first recipients taking up their places at the University of Cambridge for the academic year 2019-20.

Potential Masters and PhD degrees candidates field of study would focus on practical themes affecting the future of the Commonwealth and which The Prince has been focused on for more than 40 years. These include sustainable communities, climate change, and the blue economy.

The scholarship will cover fees and living expenses and would be tenable at the University of Cambridge.

As per information disseminated:

Successful applicants would be selected according to the Cambridge Trust’s existing processes based on principles of transparency, academic merit, diversity and inclusion.

WE ARE READY: Jacques Passy and the Sugar Boys Confident Ahead of Suriname Match